Tomas was thrilled to play his part in helping Drinagh Rangers win another top-flight championship title. Drinagh maintained their composure when the season resumed following the hiatus owing to the Covid-19 pandemic to deservedly seal the premier league title. Tomas explains how this was a season like no other given the long break. “We have been very consistent over the course of the season,” he explains. “Our backline has been immense this year and we have only conceded something like ten goals in 14 games, which says it all,” declares the proud captain.

The Connolly family are steeped in Drinagh Rangers folklore; in fact the Connolly name is synonymous with the successful West Cork League soccer club. Tomas follows in the footsteps of his elder siblings, also club players, while his parents are great supporters. Extremely proud to lift the cup on behalf of his family and teammates, Tomas credits their success to the experience on the pitch. “To be fair, it is an easy job considering the amount of leaders on the pitch,” he says. “It is a real privilege to play alongside such experienced players week-in week-out. There is no doubt I come from a soccer-obsessed household. My parents Joe and Marie have always encouraged us to play from a young age. They also facilitate an important social aspect in The Gaelic Bar where we often have some important post-match analysis!”

The West Cork Soccer League season ended in dramatic fashion. Drinagh Rangers required a point or a win to regain the championship title from the home team, Dunmanway Town, who needed a win to retain the Premier League crown. Drinagh Rangers had to produce an impressive performance, which enabled them to hold off a strong Dunmanway Town challenge. Tomas says he knew his side had to display plenty of resolve and spirit to emerge victorious. “Dunmanway have a very strong team with some excellent young attacking players. We knew a result in Mohona would be enough to clinch the league, so we were braced for a battle. That is exactly what we got. We were in a very similar position last year when we needed the three points to win the league in Dunmanway, but we came up just short that day. This certainly added some extra hunger to our game this year. Thankfully we were able to dig deep and get that vital result.”

The club is indebted to teenage star Robbie McQueen who netted the two goals, which enabled them to defeat Dunmanway Town. Tomas is full of praise for the ace attacker. “Robbie has had an excellent season and he played a crucial part in the team all year, especially in our last league game against Dunmanway. This is his second year playing junior soccer; because of his effectiveness in a game, it’s easy to forget how young he is!”

Tomas explains how Robbie and other young players like Cillian Fitzpatrick have blended in to the team seamlessly because of their work rate and attitude. “We are lucky to have quality players coming through the various underage teams, which is a credit to the club.”

Firmly established as one of the more experienced players in the stalwart Drinagh Rangers team, Tomas initially started out playing with the adult club’s second team back in 2007. The 30-year-old has now won five league titles with his local club and this year’s league title success ranks very high on his lengthy list of personal achievements. “I have been playing junior for over 13 years now, winning my first title in 2009,” he says. “Compared to other titles, this is certainly up there as one of the memorable ones, given the difficult circumstances and challenges we’ve had during the year. We’ve had to call on a lot of lads during the season and they have played a huge role in winning this league.”

Drinagh Rangers were once again guided to premier league glory by club stalwarts Don Hurley and Declan Deasy. The long serving duo have played an integral part in helping establish Drinagh Rangers as one of the most successful clubs in West Cork. Tomas is lavish in his praise for the influential duo. “The lads have given so much to the club it’s hard to put into words. Considering they have families and full-time jobs to cater for, it’s incredible how they find time for it all. I have been involved with the two of them since U16 level and their passion for the club is exceptional. I don’t think the club would be in the position it’s in today only for them and they deserve huge credit for that.”

Established in 1983, Drinagh Rangers boast a number of teams who compete successfully in the local West Cork leagues, both at adult and underage level. They also field a junior ladies team. With state-of-the-art facilities in Canon Crowley Park, their playing numbers are increasing on an annual basis; a strong committee also ensures that this progressive club continues in its victorious streak. “It’s hard to put your finger on it exactly but if you look at the way the club is run, the accomplishments are a real credit to all involved,” he says. “There is a huge amount of work which goes on behind the scenes. The people helping out on the administrative side of things deserve as much credit as anyone for the sustainability of the club. From groundskeepers, to lotto ticket sellers, to sponsors, to underage coaches, they all play a huge part in the success of the club. There are also some great coaches in the club giving up their time to train young kids. Without them, the club wouldn’t be in such a strong position.”

Tomas and his teammates have one game left to play this season. This will be followed by a short break before the domestic season resumes once again in the coming weeks. Tomas is delighted to be back playing again following a very uncertain period post Covid-19 and he is looking forward to helping Drinagh Rangers defend their Premier League title once again next season. “We have one more Premier Cup final to look forward to this season, before a short break to recharge the batteries. The new season will be up and running before we know it and we will certainly be looking forward to that. It was really great to get back playing soccer after the Covid break. I missed sport big time and I was delighted with the West Cork League for allowing the season to be finished. It took a lot of understanding and forward thinking to ensure a successful return to soccer. The league deserves great credit for that.” 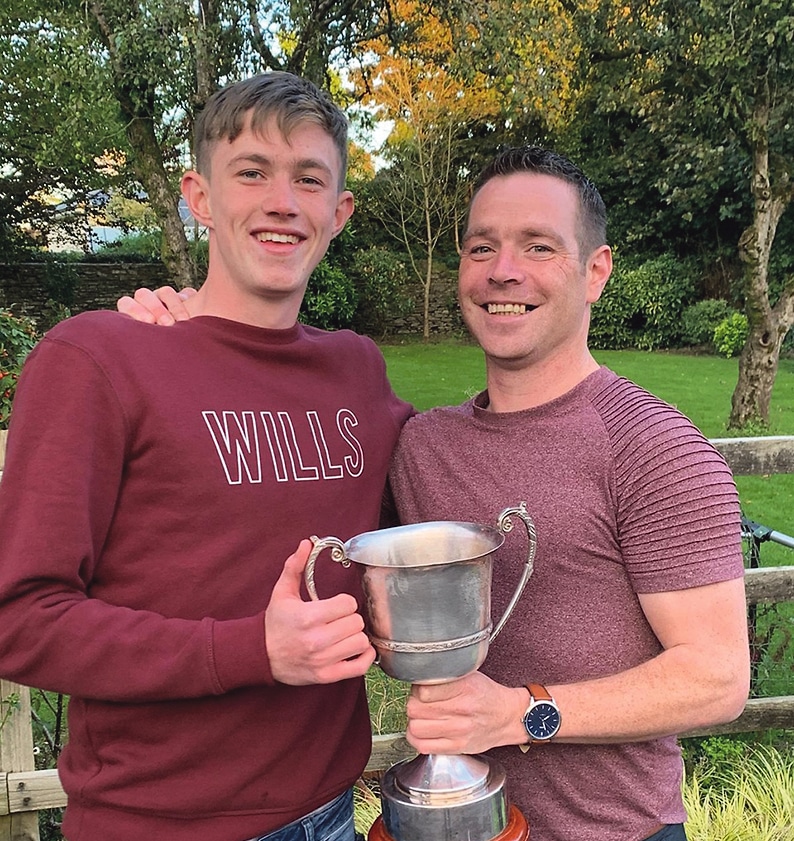