Skibbereen Rowing Club is undoubtedly the most successful sports club to come out of the West Cork region in recent times. It is a year on since a summer which brought an Olympic Gold Medal for their very own Paul O’Donovan and Fintan McCarthy as well as a Bronze for Emily Hegarty. The coaches deserve a lot of credit too, including Emily Dulohery, who coaches U18 and U23 Athletes within the club. Dulohery, who used to row herself as an U18, U23 and Senior, explained the ins and outs behind this successful rowing club to Matthew Hurley.

“In Skibbereen we coach everybody together, we do not really section it off like you might see in other sports.

“We have a competitive group from U15 right up to Senior and then we have another group of beginners from 12 to 14 years of age.

“I am also an active committee member in the club, and I’ve been a rower in the past. I then came back to West Cork after I lived abroad, lived in Dublin for a little while and I got back involved in the club first as an athlete again and then realised I was too old for completing so I turned my hand to coaching,” adds Dulohery.

The 2016 Olympic Games was a big event for the Rowing Club with Gary and Paul O’Donovan winning silver in Rio. This huge achievement might have been seen as a big enticement towards Skibbereen Rowing Club, however, there was always a pull factor in West Cork according to Dulohery.

“I think there’s always been a draw to the Rowing Club. I think if you are a very focused athlete and have a mindset of wanting to achieve an awful lot, the Rowing Club is the place to be.

“Popularity in the sport of rowing definitely increased since the 2016 Olympics, the success of Gary and Paul and continued success of all the high-performance athletes.”

Of course, it wasn’t just the male rowers making strides down through the years, certain female athletes have also made a name for themselves.

There are no better role models than medal winners Fintan McCarthy, Paul O’Donovan and Emily Hegarty, who are also very supportive with the next generation of rowers.

“Fintan and Paul are still very much a part of the club and they always meet our younger athletes to make sure that if they have any questions about anything or if they want to chat about races that they give their expert opinion and they’ve been through a lot so they’re always happy to share their experiences,” explains Dulohery.

“Emily is a role model for everybody, male and female. The three of them are also generous with their time as well that if they are back in Skibbereen, they pop out to the club and meet the younger athletes.”

The club had recently competed in the Irish Rowing Championships at Farran Wood, gaining impressive results in the process. All top three Senior Men’s Rowers in the event were all athletes that came from Skibbereen. Fintan McCarthy, rowing for Skibbereen, Paul O’Donovan, rowing for UCC and Kealan Mannix, rowing for UL, were the top three in that respective order.

“It was unbelievable to have the top three senior rowers as Skibbereen rowers, that’s what we see them as,” said Dulohery.

“The success that comes from consistency again and hard work and we have had a lot of success and we want to continue having it. Everybody understands what needs to be done.”

The Rowing Club is seen by many as the top one in the whole of Ireland, the drive behind that success is clear to see.

“I think there’s just a big passion, enthusiasm and an ethos for doing the best that you can.

“If you do the best, you can and if you train as hard as you can every day consistently, success will hopefully come to you.

“I think there’s definitely a competitive kind of ethos in the club, but I also think it’s really inclusive to everybody who wants to give it a go.”

That enthusiasm can be seen in all the athletes rowing in the club; take Michael Hourihane for example, a farmer from Rosscarbery who only started rowing in October 2021 – he won the Men’s Club Single Scull’s at the National Championships.

With the constant success comes the media attention, nationwide. The club sees this as a positive to help it grow even further.

“The most important thing really that we find in the club is that the athletes are always able to train, and the media doesn’t impact that side of things too much.

“I think we work well with the media to be honest as a little club we’re only learning, we’re all volunteers so we’ve learned a lot.”

The community of Skibbereen as well as family and friends have been seen as the fist line of support by the club. It is the massive support of the club which keeps them going.

“Rowing is a very time-consuming Sport and there’s a lot of training sessions involved in a week so all the family members who gave lifts, support young kids, they’re all super.

“The wider community, the town of Skibbereen has been very supportive of us always throughout the years and then the national support we get as well, which we feel through our social media at any big events. It’s all very positive.”

The rise of women’s rowing is another positive to take in Skibbereen in recent times. This is much to the delight of Dulohery.

“I think there is a big interest in women in sport across all levels and then women in coaching, women at committee level, women in that kind of structure. I think Sport Ireland have really driven that forward.

“Predominantly, most of the coaches in Skibbereen Rowing Club are female, personally I don’t think it should matter if you’re male or female.

“I think if you’re good enough you should be coaching. I think having role models is very significant to teenage girls especially, if they see a female can do it, then there’s nothing stopping them from moving forward.”

Dominic Casey, a coach who has been part of the Skibbereen Rowing story for the bones of 30 years, won RTÉ Sport’s Manger of the Year at the end of last year.

The reason he got the award is evident, as his influence on the club has been quite remarkable.

“He’s all about keeping it simple and putting the athlete first would always be his kind of mentality.”

The present day at least are excelling greatly on an Olympic level but what about the future.

Well, the conveyor belt of young talent is not stopping anytime soon.

“We have two junior women rowers at the Junior World championships this year. Their names are Moya Knowles from Clonakilty and Lauren McCarthy Steele, originally from Rosscarbery and they are both rowing in Skibbereen for the last number of years, but they’ve made a huge commitment and huge gains this year to make the World Championships at U19 level.

“Then we have two more female athletes representing the country at underage events this year and then one male athlete is also representing Ireland U18. Our progression chain and development cycle, it is non-stop, it keeps going.”

Rowing is a sport that has become a big part of Skibbereen and indeed West Cork.

Not just because of its success, but also the way it has brought the Skibbereen community together.

With the young talent coming through in addition to the success at the National Championships, we could see a lot more medals being won in Paris 2024.

Tue Aug 2 , 2022
The First Home Scheme (FHS) is an affordable housing scheme, which supports people to buy new homes. The FHS is a shared equity scheme, where the State and participating banks pay up to 30% of the cost of your new home in return for a stake in the home. If […] 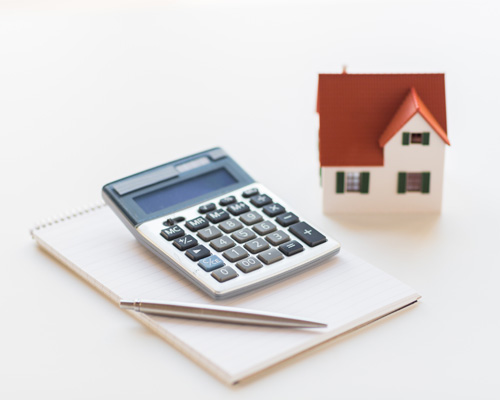