It’s estimated that between 9,000 and 11,000 people sustain a traumatic brain injury annually in Ireland with a further 8,000 being diagnosed with a stroke. Every brain injury is different. Every person has his or her own story to tell. Cathy McCarthy from Ring in Clonakilty shares her story with Mary O’Brien. As a result of a stroke, Cathy has Aphasia, which means she has very little speech. She uses an Ipad and an app to help her communicate. Eighteen months ago, Cathy found Headway, an organisation that acts as a lifeline for people living with Acquired Brain Injury in Ireland. A fundraising campaign for a new Headway Brain Injury Rehabilitation Centre in Cork has just been launched.

In May 2012, Cathy McCarthy suffered a stroke in her sleep. Cathy was 52. Happily married to Bernard, she was a busy working mother, who lived her life around her three children, Gillian, Declan and Robert.

“Help is everything when it comes to having a stroke. Unfortunately for me I had a stroke in my sleep, which led to more severe conditions,” explains Cathy.

Cathy also has very limited use of her right upper limb.

Aphasia is an impairment of language, affecting the production or comprehension of speech and the ability to read or write.

Although Cathy’s speech is affected, her intelligence and comprehension is not. It’s very important to Cathy that people understand this.

“Cathy faces lots of challenges every day, even buttering a slice of toast is very difficult,” says Bernard. “The hardest thing for her has been losing the closeness in her old relationships but Headway has really helped in building up her confidence to go out in her local community and rebuild these relationships.”

Headway is the reason that Cathy is able to communicate today. “They helped me gain the confidence and motivation I lacked but needed, to improve my quality of life,” she says.

Cathy drives herself to Headway centre in Cork two to three times a week. Driving an automatic vehicle, she uses a special tool that attaches to the steering wheel to allow her easier access to indicators, lights and so on.

“When you lose the ability to speak, you learn that there are many other ways of communicating in the world. However these ways are redundant if you don’t have the confidence or the motivation needed to use them.”

“My favourite things to do before I had the stroke were to drink coffee, smoke cigarettes and chat with my friends and family. After the stroke I was told I could no longer have caffeine or nicotine or be able to speak. Everything changed. I was just starting the next stage of my life. I built my entire life around my children whom I love very much.

“When I had the stroke my youngest boy was starting fifth year in school while my middle child had just finished his Bachelors Degree. My beautiful daughter was just beginning her marketing career in Spain. I had recently started my new job in PGI and was very comfortable in my new role with my new work colleagues. I was excited for the future. All of these wonderful things were taken away when I had the stroke.

“But I had age on my side and my children and family gave me a determined strength to never give up on my road to recovery.

“However in the early days you cannot know how very very long and just how dark that road can be. After four years I felt that this was as good as it was going to get. The longterm reality was often overwhelming leading to long periods of withdrawal and depression.”

By getting involved with Headway Cathy learned fast that this did not have to be the case. “I am still young and I am still learning. I am ten times the woman I was 18 months ago. My social confidence has improved beyond recognition.”

Cathy’s next challenge is finding a gym so she can increase her fitness and work towards integrating back into her local community. This is something that Headway is helping her with.

“A lot of people don’t understand brain injury or stroke and how it impacts on people’s lives afterwards. It can be hard to communicate or integrate with the general public if that awareness is missing,” explains Lisa O’Shea, a Community Rehabilitation Officer with Headway, who is supporting Cathy.

“An acquired brain injury turns a person’s life completely upside down. It’s a form of loss – you’re grieving for someone you used to be and learning to live a new lifestyle. In Headway we support people to adjust to that and help them on that journey to rebuilding their lives.”

Opportunity in challenges for farmers

Tue Apr 9 , 2019
David Hagan is a farmer who is dedicated to helping the farming industry  “do more with less”. His role as Sustainable Agricultural Manager with Devenish – a company that specialises in quality animal nutrition and sustainability – brings him often to work with farmers in West Cork. The philosophy behind […] 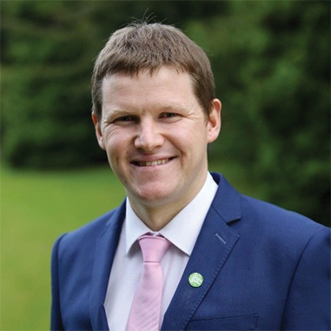