Amnesty International is a movement of over 10 million members working for the release of prisoners of conscience and in December the entire membership will be writing letters to and for 10 people imprisoned or under threat for their human rights activities. You can join this annual effort by going to Amnesty.ie online and signing the petitions and writing your own message to the ten people chosen for this year’s  effort. In 2021 Germain Rukuki a Burundi activist was released after serving four years of a 32-year prison sentence…he had been featured in the 2020 campaign.

In 2021, we called for the release of Bernardo Caal Xol in Guatemala and he was freed in March 2022. In 2020, a Chilean psychology student Gustava Gatica was blinded by the police after he joined a mass protest against inequality. Amnesty took up his case and he wrote that, “Amnesty became a great support and ally in our struggle.”

or signing letters in Clonakilty on December 10 when we hope to be in Spiller’s Lane.

Sadly, from January next year there will no longer be a Clonakilty group of Amnesty. The group was started by Joan McGrath in 1985 and the first members were Joan herself, Aida Cullinane, Charlie Shinquin, Áine Ní Chonaill and Sister Theresina. Ten years later we had 17 members and, at one point, 21.

Thirty-seven years later and our group has shrunk to only five (elderly) members and we feel we cannot function as a group anymore so will continue as individual AI members writing letters and sending appeals. In the past we held bazaars, took part in some Saint Patrick’s Day parades (memories of battling to hold the big Amnesty banner in high winds behind a troupe of dancers and a brass band), gigs in De Barras, a disco, poster competitions, Christmas shops, classical concerts, carol concerts, flag days, and got people involved with signing letters and petitions. Over the years we have been privileged to have released prisoners of conscience come and talk at public meetings about their experiences. Ahmed Othmani spent 10 years in prison in Tunisia for campaigning for human rights and freedom of speech; he was tortured while in prison and was still feeling the effects. But sitting in O’Donovan’s he told us how he believed his sense of humour had saved him from worse because he could make his torturers laugh. Meeting people like Ahmed and others over the years reinforced our commitment to Amnesty.

But now…we miss Joan, George and Kernigan Bowen, Don Pollard, Sive Modell and Cally Mitchell who have all passed on. And remember what great friends they were.

And to all the people who have supported us one way or the other over the years. The Town Council for putting up our banner for so many years in December and for ensuring our memorial to Tiananmen Square was moved into a great spot by the sea; to the carol singers who joined us on so many Christmases; the musicians brought together by Justin for the

annual classical concert, to De Barras for all the gigs over the years

and all the musicians who played for free; to the people who lent us a

shop for a few Christmases; to Fields for allowing the flag days in

Skibbereen; to all of you who have signed petitions, come to gigs and concerts, donated money and given your time when we needed it…anyone left out…you know who you are. THANK YOU.

O’Donovan’s who have put up with us and our occasional demands for the full 37 years, cheerfully and obligingly. THANK YOU SO MUCH

You have all helped keep the Amnesty candle alight in West Cork.

Mon Dec 5 , 2022
Fionnuala Harkin is a qualified wine educator with the Wines and Spirits Educational Trust. Her love of wine developed over her years of running a restaurant in Clonakilty, as well as writing on food and wine for West Cork People and Food and Wine magazine. She works for Wines Direct, an […] 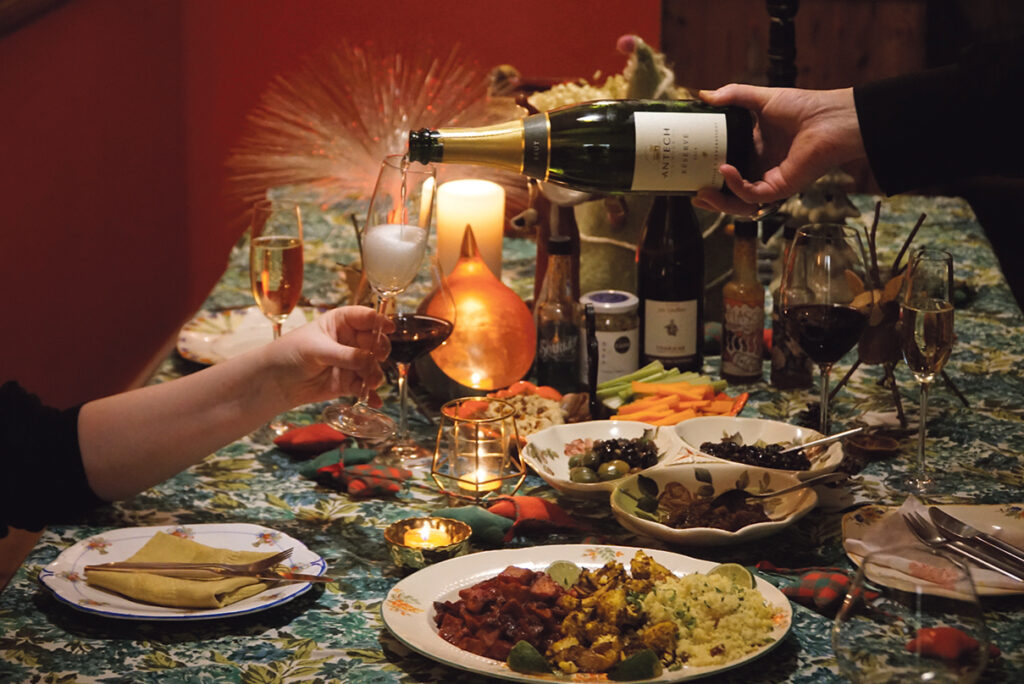