From the first moment of every day when we slip from between our cotton sheets, walk across our wooden floor and enjoy a reviving cup of coffee, almost everything we touch has originated in the soil and yet, although our civilisation has penetrated the depths of space, we rarely consider the soil beneath our feet from which we derive sustenance and to which we will ultimately return. We are literally made from the soil says Rebecca from Deelish Garden Centre.

In modern times however, intensive agriculture and deforestation have seriously impacted soil health globally so that it is estimated that 52 per cent of soil is already degraded with the UN believing that on the current trajectory we could lose all cultivatable soil in the next 60 years. This means that with projected population expansion we could reach an unprecedented global food crisis by 2045. According to the WWF, half of the world’s topsoil has been lost in the past 150 years. Degraded soils are less able to contain water and this leads to increased flooding events. Soil erosion clogs rivers threatening aquatic life. Degraded soils dry out and blow away leading to desertification.

A healthy soil is made up of insects, earthworms and microscopic creatures such as fungi, nematodes, protozoa and bacteria, which interact with each other and plants, breaking down organic matter and releasing nutrients in a usable form to plants to create an abundant and self-sustaining natural ecosystem. A forest is a perfect example of a system which survives year after year without the need for additional nutrients

Intensive agriculture disturbs this complex food web. Carbon extracted in the form of crops is not replaced, the microscopic biome becomes unbalanced and mineral levels are depleted, meaning that the foods we harvest today from such depleted agricultural soils are much lower in nutrients than they were in our grandparents’ time. At current rates, 27,000 species of microbes are going extinct per year.

Not many of us have the space for a forest or even a small-scale food forest but there are still positive things we can do to improve the vitality of the soil in our own back yards. Plants capture carbon dioxide from the atmosphere pumping the carbon down into the soil to feed microorganisms thus increasing the carbon in the soil. Practices such as keeping soil under plant cover, diverse planting and composting are proven ways to put carbon back into the soil. Adding carbon to the soil makes the land much more productive. The use of organic methods, excluding chemical pesticides preserves microbial life in the soil.

The use of resources such as soil conditioners and well-rotted manures can be used to improve soil structure and water retention, as well as providing nutrients. Using no dig methods or even just mulching around food crops prevents drying and feeds micro organisms  creating a healthy soil and preventing soil compaction. The addition of biochar improves soil, enhances nutrient availability and enables soils to retain nutrients for longer. On a commercial level it can improve soil depletion and also act as a significant means of removing carbon from the atmosphere. As a stable solid it will endure in soil for thousands of years. It can be created, even on a small scale, by burning brush in the absence of oxygen. Its porous structure provides a perfect habitat for the microbes which live in a healthy soil.

Commercially available mycelium (a filamentous fungal web), which create mycorrhizal relationships with plants, can also be added to the soil when planting or even after the event. They improve soil structure and create a symbiotic relationship with the roots of plants helping the plants take up water and nutrients and aiding plant immunity.

Green manures can be a great way to keep soil covered all year round and are dug back into the soil whilst still green as an organic way to improve soil body and fertility especially those in the legume family, which add valuable nitrogen.

Just changing a few things in the garden such as composting autumn leaves to use as a mulch instead of burning them or adding seaweed as a mulch in autumn can add huge heart to your soil. Even if you are not able to trek to the beach and gather seaweed yourself, seaweed feeds can replace much needed trace elements into the soil ensuring healthy and nutritious crops.

Even if you do not have space to grow anything at all, supporting organic farmers can be a great contribution to the soil solution.

While it is good news that we can do so much to improve the soil in our own gardens and create an inspiring example of the benefits of a healthy soil whilst enjoying vital and healthy food crops, soil degradation is a global issue. It is my hope that we can raise awareness of the problem on a large scale. Once enough people are aware of the grave environmental and humanitarian danger posed by global soil depletion, finding and implementing large scale solutions will become an electoral issue. Let us do the work whilst there is still time and remember that it is the soil on which our lives depend. Let’s spread the word and get talking about soil!

Join the Save Soil movement.

Sat Mar 5 , 2022
According to Biodiversity Ireland there are over 100 separate bee species in Ireland: this includes the native Irish honeybee (Apis Mellifera Mellifera), 21 species of bumblebee and 78 separate species of solitary bee. The different bees are active at different times through the year but most bees emerge in February […] 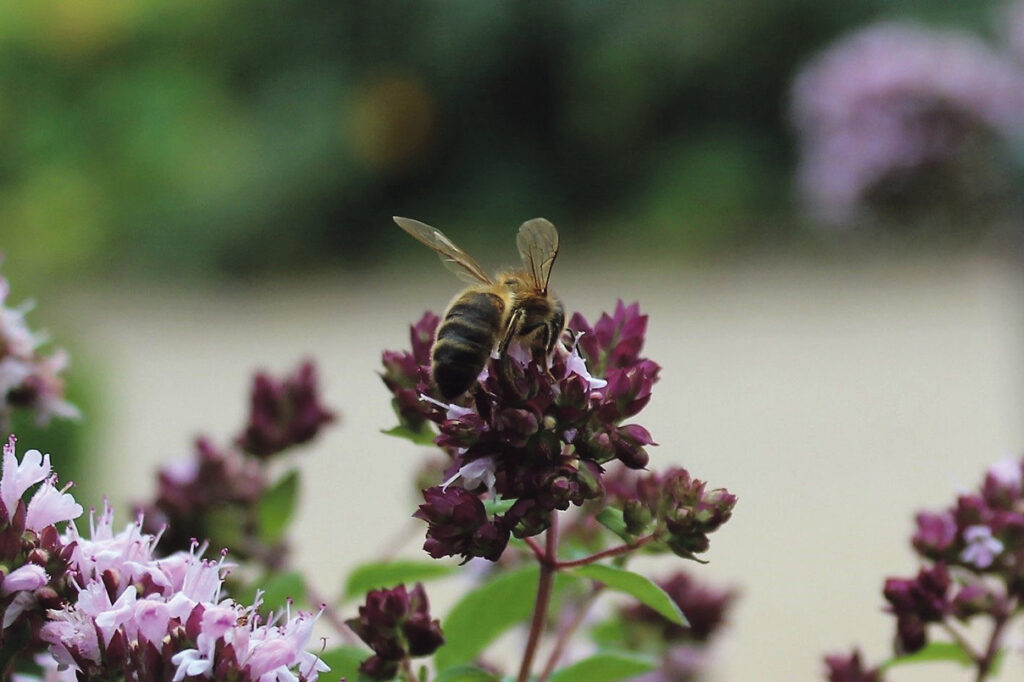