Nothing to do with head gear but farmers find themselves trying to come to terms with two new CAPs this year. The latest version of the Common Agricultural Policy or La PAC as the French would call it, which came into being on January 1, will run from 2023 to 2027. The Climate Action Plan is the other big CAP and further details of that were made known just before Christmas.

Taking the European CAP first; after years in the making and delayed by two years due to Covid-19, farmers began their preliminary dealings with that late last year. This was in the form of deciding whether or not to apply for the environmental scheme ACRES. The Department of Agriculture were budgeting for 30,000 participants between the co-operation and the general versions of the scheme and, by the time the deadline passed at midnight on December 7, 46,000 farmers had submitted their plans. When it was first announced there was some talk in farming circles that the scheme wasn’t financially attractive enough to farmers and they wouldn’t apply. That was certainly dispelled and farm advisers have to be commended for the work they put in compiling plans for their clients and all eyes now are on the Department of Agriculture to see how they deal with the extra numbers.

Given the increased importance put on the environment, I can’t see the Minister for Agriculture turning away farmers who are interested in doing their bit to improve things. If all who applied had targeted the highest payments of €10,000 for the common or €7,300 for the general that will leave less wiggle room but, if more of the submitted plans are at the lower end, then room could be made. There is talk that the powers that be are looking for solutions to what could be seen as a positive problem. It’s going to be an interesting one to watch for sure.

After their busy end to the year, farm advisers are unlikely to get much respite until June, as they now move to dealing with the new system of farm payments that will be open for application in mid-February. Given the amount of changes coming, it’s worth farmers checking in with their advisers earlier than usual for their own farms.

I attended a pair of the Irish Farmers Journal CAP roadshows late last year. The events had senior Department of Agriculture officials present at each event and following the presentation of a number of case studies they answered a myriad of questions and queries. Each night threw up a different array of questions from farmers trying to get a handle on the new changes.

Fran Morrin, Principal officer for the departments CAP Entitlements and Financial Controls reminded those present that work began on this incarnation of CAP back in 2017 when the European Commission began the consultation process with European tax payers. The end result was a CAP with higher environmental ambitions than any predecessor. I can recall in the early days of those consultations that calls were made by some among the Irish farm organisations that EU defence spending wasn’t justified and more money should be directed towards CAP and spent on agriculture and rural issues instead. The Russian invasion of Ukraine last February means any such cut is unlikely next tie out. The turmoil created in the breadbasket of Europe food security is likely to come back into the mix. In that regard, Morrin suggested that work will commence on the next developing the next CAP in the next few years and food and energy security are likely to play a big part in that.

Since it was announced in December, the main talking points from the Climate Action Plan seem to be towards cutting cow numbers. Certainly, that’s what it seems like within farming circles and media outlets. It’s an option for both bovine entities but it’s only one measure out of 21. Of greater concern to me from the Food Vision Beef and Sheep report.

It highlighted the changes in rural demographics that have been factors when it comes to succession and also in relation to reducing labour availability on farms. If that rate of decline holds at a similar percentage over the next 30 years it will mean the number of farmers under 45 becomes closer to 10 per cent. In terms of food production, that is a scary figure. Then factor in that in terms of generating an income similar to non-farming peers, that outside of dairy that is much harder to achieve.

It then becomes a question of who will be farming and what type of farms will they be in 2050?

The remit of Food Vision goes to 2030 but that statistic should focus minds on what path is there for Irish livestock farming in 2050. Those involved need to be mindful that they are not just focusing policy on how things are now and not how things might be in future.

While the focus was on reducing emissions within the livestock sector, the influence of labour availability and succession will impact on the adoption of some of the 21 measures mentioned in the report.

Measures eight and nine pertaining to voluntary reductions in suckler cow numbers have grabbed the headlines and created most reaction. I don’t know if those measures deserved as much attention as they received. Suckler numbers were always likely to decrease with the advent of dairy quota but they will always have a significant presence given their ability to convert marginal land into a form of edible protein.

This year will see further implementation of the 5th Nitrates Action Plan. Devised to provide a set of measures to protect waters against pollution caused by nitrogen and phosphorous from agricultural sources the primary emphasis is on the management of livestock manures and other fertilisers.

Chief among the changes that are likely to impact West Cork dairy farmers are changes to the livestock excretion rates. Up until the end of 2022 nitrogen excretion rates were taken as 89kg/cow and phosphorous was 13kg/cow. Farmers will have to adapt their farm system in order to remain under the existing stocking rate limit in derogation of 250kg N/ha. It is estimated there are about 15 per cent of West Cork herds in each of bands one and three. Those with lower yielding cows will be in a more comfortable position while higher yielding herds will have to look at reducing numbers or finding more land. The bands are based on average milk yield per cow in the previous three years. Each dairy herd will be assigned to one of the bands in the following table.

Soil sampling has been compulsory for all derogation farmers since 2022 and this year they will also be mandatory for all tillage farmers as well as livestock farmers stocked over 130kg N/ha. Until soil samples are taken it will be assumed that the phosphorous index is level 4 and they will not be in a position to import slurry from another farm.

Other changes that came into play from January 1, 2023 include a 10 per cent reduction on the amount of chemical nitrogen that can be spread, the maximum rates vary in accordance with the organic nitrogen stocking rates of each particular farm.

An interim review of the Nitrates Action Plan takes place this year and among the conditions set down by the European Commission’s extension of the Nitrates Derogation requires a water quality review to take place in 2023. Depending on the outcome there is a chance that the maximum stocking rate will be lowered to 220kg N/ha compared to the current limit of 250kg N/ha. If this occurs it is likely to apply on a river catchment basis. The two catchments of note to West Cork farmers are the Bandon River catchment and the Ilen River catchment. It is worth noting that this is a geographical area and not just the named rivers and their tributaries.

Putting food on the table for struggling West Cork families

Mon Jan 16 , 2023
Cutting down on food intake to lose weight is something that many people will choose to do as part of their new year’s resolutions. However for many others this year it will be a choice between putting food on the table and fuel in their car or heating their homes. […] 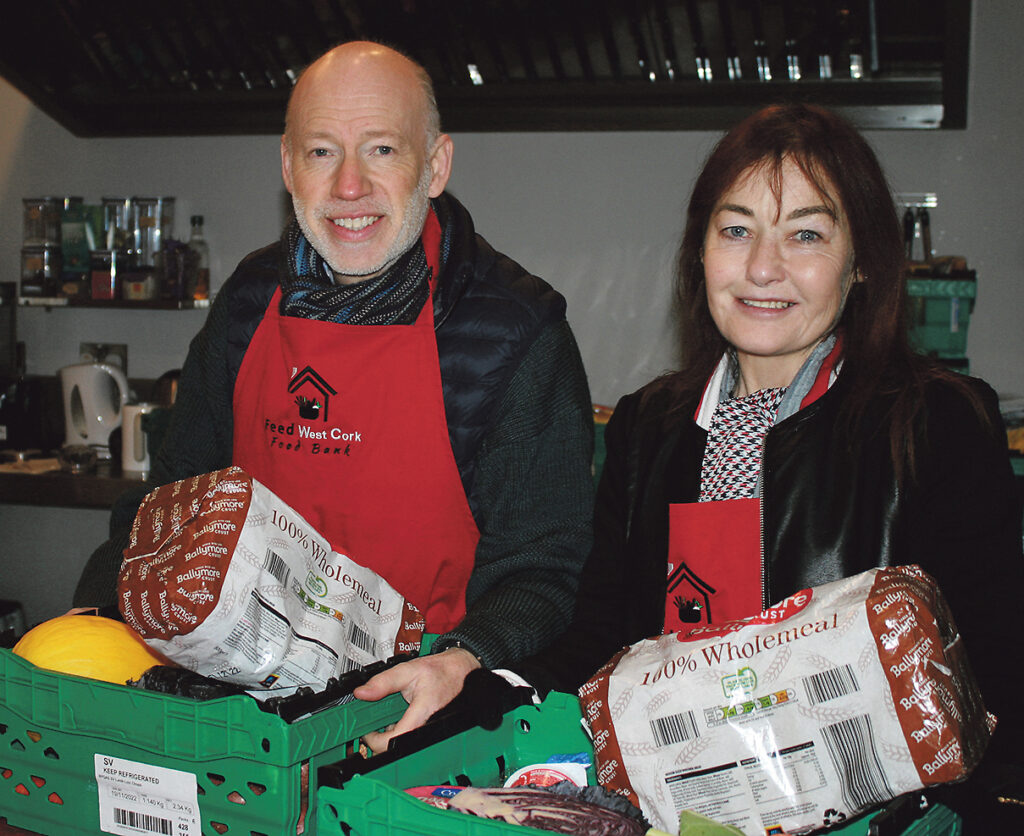