Over the last week we have seen torrential rain and gale force winds on several occasions. Last night 45mm of rain fell and gale force winds blew through all day. I walked about the garden sighing at the runner beans blown over and sweetcorn strewn across the ground. Down in the meadow cobwebs swung between high-standing dock seed heads, several with garden spiders sat waiting for their prey, blackberries going mouldy in the damp. I really had to remind myself that this is only the last week in August. It seems that autumn has arrived.

Hanging over our conservatory is an old purple Beech tree, I often wonder if it was planted when the house was built but I don’t think it is quite that old. Half of its leaves have fallen already, and the rest are burned and tattered. We can only pray for a long hot Indian Summer.

The summer crops have done very well; we are still picking lots of French and runner beans. I did two sowings of the runner beans and hope the later sowing will recover from its battering from the wind and rain to keep producing for several more weeks. Courgettes are suffering from the constant rain and a couple of plants have rotted away. Nevertheless, we still have plenty.  Salad has been more of a problem, the second sowing of lettuce went to seed very quickly and regrowth of the salad leaves has been slower as the summer has moved on. I’m (almost) looking forward to the cooler days for the salad. Ironically, it is much easier to grow through the winter, in our temperate climate, anyway.

I have sown more spinach and chard to fill gaps in the garden. The tomatoes ripened early, but are also finishing early. With the muggy weather in August we struggled with blight even in the tunnel. I haven’t had this problem before but with so many different varieties it is obvious that some are more susceptible than others. We will still have tomatoes for a good while yet, but I am taking out plants that are finished as we go along. Any reasonable sized gaps will be planted up with spinach.

As for my experiments – the green lentils were a definite miss. The plants were really pretty and delicate. They bushed up well and flowered for weeks but not one pod. We did have a very wet late summer but as I pulled up the plants I was very surprised at the total lack of fruits. So that is something that I can dismiss for the future. I imagine that our indigenous dried pulse was peas. Next year I will have another go at a drying-pea. The Lupins are worth another try though. There aren’t many good size pods but those that have developed look really good. They didn’t get much of a chance, as I was short of space and squeezed them into odd corners, but some did better than others. I will cook a few and, subject to flavour and adaptability, I will try them again next year.

The late cucumbers are now pumping out fruit and the (very) late Kuri winter squash are growing away well; no sign of fruit yet but the tunnel is still very warm, so I am still hopeful.

Peter is already busy making cider from our (many) windfall apples so we should be set fair for the winter.

Sadly, we have decided to close the garden for the rest of 2020. The changed circumstances this year and the recent weather conditions have left it looking less than its best. We are already planning and working towards opening Easter 2021 and look forward to welcoming visitors back then.

The beauty of the late flowering Hydranga shrub

Mon Sep 7 , 2020
By Mags Riordan of Bumbebee Farm Hydrangeas are the staple of so many late summer gardens and a group of shrubs I wouldn’t be without. The variety, colour selection and shapes fascinate me and most meet two of my three criteria in being a fantastic cut flower and a brilliant […] 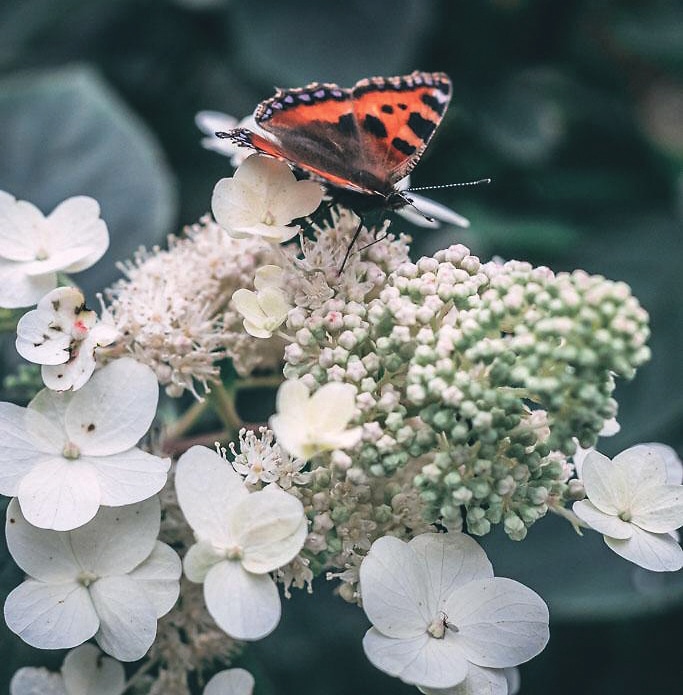