Cutting down on food intake to lose weight is something that many people will choose to do as part of their new year’s resolutions. However for many others this year it will be a choice between putting food on the table and fuel in their car or heating their homes. With inflation remaining stubbornly high and cost of living pressures persisting in 2023, people are having to make difficult choices, with more and more families in West Cork turning to food banks to help make ends meet, as Mary O’Brien finds out when she visits The Feed West Cork foodbank in Drimoleague.

Volunteers at The Feed West Cork foodbank in Drimoleague – which first opened in May 2021 – has since seen firsthand the difference such a service can make in the lives of individuals and families who are struggling.

“We’ve seen people put on weight after using the foodbank for a while,” shares Sandra, a volunteer who has used a similar service herself in the past. “When one man came here first he was skin and bone. He often says to us now that eating well has helped him feel so much better.

“There is no judgement here, which makes it easier for people to ask for help.”

“It touches your heart when you see how much getting this help means to people,” says Mark, another volunteer. If your belly is full, it definitely makes a difference, can make life that bit easier.”

“When we first started, I don’t think we had any idea just how tough people would be finding things now,” says Esther Kingston, the coordinator of the foodbank in Drimoleague.

Esther is one of a small committee of five people from all walks of life based at Drimoleague Methodist Church, working hard behind the scenes to make sure there is enough food for the people who access the foodbank every Tuesday morning between 10:30 and noon and in the evening between 6pm and 7pm.

There are currently 20 clients and upwards collecting food every week with people mainly travelling from the areas of Drimoleague, Dunmanway, Bantry and Skibbereen. “There are people coming from all over West Cork but we have seen how people can’t afford to travel as far recently,” says Esther.

One man who travels every week from Dunmanway shares how he used to have a good job working as a meteorologist. That was before he suffered a brain injury. He now relies on his disability allowance. “I didn’t have a light on in my house all summer…I saved every cent to make sure I could cover my electricity bills. I’m fed every week because of the foodbank.”

For many others, the foodbank is not a longterm solution. One woman who accessed the service in Drimoleague when she was under financial pressure because her sister came to live with her for a period, recently donated a bag of food to the bank.

“People come for as long as they need help,” says Sandra. “There is no shame in accepting help when you need it. Any one of us could find ourselves in the same position.”

In recent months they have seen an increase in the number of working families seeking food assistance.

A woman who runs a small farm with her husband in Skibbereen says the food she collects every week means her six children, age three to 13, are not going to school hungry. The family live in an old farmhouse, which is hard to heat, so they use hot water bottles to keep warm at night.

A widow with three children, who works part-time as a home help, says the foodbank is huge help. She grows her own veg, chops her own firewood and admits to being paranoid about using too much electricity. “Money is tight and although it’s bit of a journey to the food bank every week for me, it’s worth the trip,” she shares. “I don’t know what I’d do without it.”

A young couple, both on disability allowance, says their landlord won’t accept HAP, so the foodbank helps them supplement their weekly shop.

“We lived off the food you guys gave us” and “We’d be lost without you” are just a few of the comments made to volunteers each week.

A home help calls in to pick up a food hamper for one of her clients, an older man, who recently had an operation and can’t get out himself. “He’d starve without it,” she says.

“We have had people in tears, as they have bravely made the courageous move to step forward and receive the help that’s available to them, so touched by the basket of food,” shares Esther.

The Drimoleague foodbank works with organisations like FoodCloud, which gets surplus food from shops and businesses, but also relies on donations from individuals and businesses.

“We are grateful for the support of the local community,” shares Esther. “People often drop off a bag of groceries to us. One man who donates food to us every few weeks repeatedly says, ‘I just can’t bear the thought of a child going hungry when I have food on my table.’”

Donations are always appreciated and the foodbank accepts non-perishable food in tins, jars and packets, as well as toiletries, laundry detergent and toilet rolls. Volunteers are also welcome.

There are no requirements for anyone who needs to avail of the service. Just contact the foodbank on 087 2879118 to book in for that week.

Mon Jan 16 , 2023
Most of us have heard of Dutch athlete Wim Hof who has demonstrated through his own amazing feats how increasing oxygen levels in the body can benefit health and wellbeing. Wim Hof has developed special breathing exertions that keep his body in optimal condition and in complete control in the […] 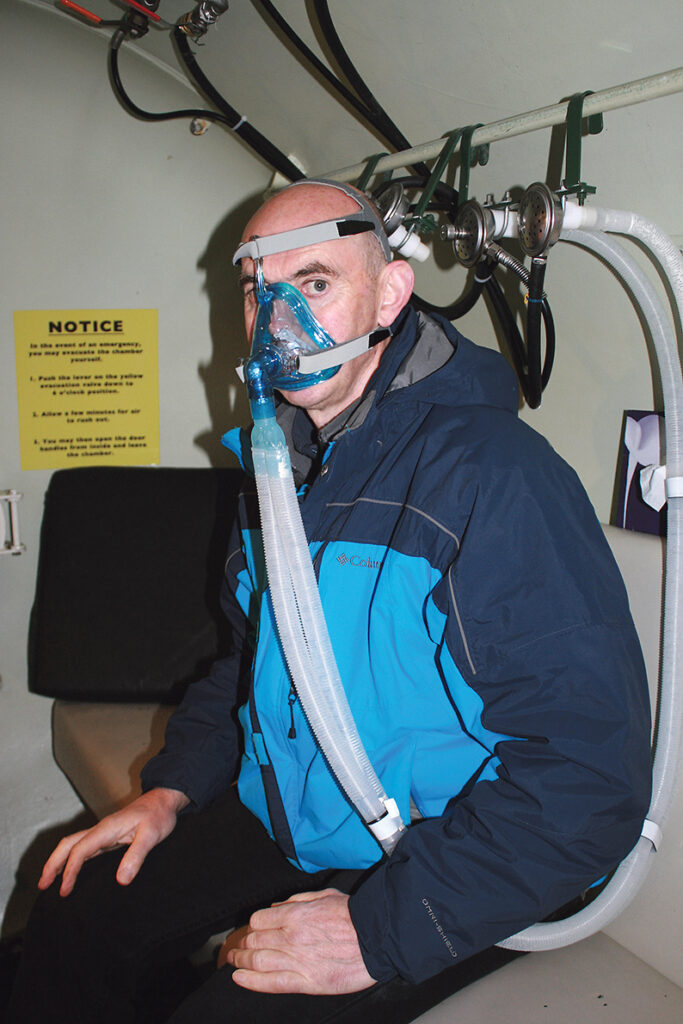