Having read the title of this piece, I can say with some confidence that the first word ‘Swastika’ brought immediately to your mind’s eye, the stereotypical swastika that Hitler used for his Nazi Party. The swastika that represented hate, discrimination and evokes revulsion today in the 21st century. The swastika now is possibly the most powerful and universal symbol of hate known to man. However, what is often forgotten is that the swastika was a symbol of peace and tranquillity until Hitler appropriated it. The earliest known depiction of a swastika dates back to over 15,000 years ago. It was first discovered where current day Ukraine is now. It was a depiction of a bird carved out of the tusk of a mammoth with various designs also etched onto the tusk, including the swastika. Meaning Palaeolithic humans were carving them onto the tusks of what is now an extinct animal. Swastikas are found on Ogham stones in Ireland. Native Americans with no contact outside of Native America had swastikas present on their native designs, they used them to decorate personal items. Buddhism uses them. In Buddhism a swastika represents eternity and reincarnation. The Swastika is ubiquitous as a design, in pretty much every country in the world. Hitler came to power in Germany and realised the swastika was sufficiently iconic for him to use and irrevocably changed the outlook and perception of the swastika forever.

Interestingly, most swastikas around the world look the same. There have been fifteen millennia of carvings, etchings, drawings and paintings and all, for the most part are very similar. All easily identifiable. All instantly recognisable as a swastika. Hitler’s version too, was instantly recognisable. However, Hitler’s was different. Hitler’s was more striking. It was more imposing. The reason for this was that his version was on a blood-red background with a jet-black swastika laid on top of a snow-white disk. For 15,000 years every single swastika was uniform, until Hitler adopted his design in 1925 for his Nazi Party. You can travel anywhere in the world, search every nook and every cranny. You will not find any other swastika that resembles Hitler’s version, except for one place. Dublin.

In 1912 a company was founded in Dublin called the ‘Swastika Laundry’ it was exactly that, a laundry and dry-cleaning service, situated in Ballsbridge, Dublin. They too used a swastika as their company logo. Almost identical to Hitler’s version. There was just a slight difference. Their logo was on a blood-red background, with a snow-white swastika laid on a jet-black disc. Coincidence?

Furthermore, the company vehicles for the Swastika Laundry were blood red, electric vans. They were using electric vehicles in 1912 to transport laundry! Over 100 years before Elon Musk gave us the Tesla Roadster and Nissan gave us the Leaf. But I digress. The electric van becomes an integral link in the chain as to whether this is possibly the most bizarre of all coincidences. A young and in love couple, living in Dublin might give us the answer we are looking for.

Bridget is a young girl from Dublin. She is 17-years-old and just finished secondary school. She makes plans to go to see a horse show at the RDS in Dublin, one weekend in 1909. She meets a boy wearing a dangling gold chain and a Homburg hat. His name is Alois and he is from the continent. He is handsome and charming. Bridget is besotted with Alois. The feeling is mutual and they begin to date.

Alois tells Bridget that he comes from wealthy family of hoteliers and he himself is a hotelier touring Ireland and Europe. They go on dates to the National Gallery and various locations throughout Dublin and soon fall in love. Bridget is quoted as saying:

“I cannot deny that this stranger with his fine foreign manners made a great impression.”

Alois was indeed handsome and charming. But he wasn’t telling the truth. He was not from a wealthy family and he was not a hotelier touring Ireland and Europe. He was a waiter in the Shelbourne Hotel in Ballsbridge. Alois’s surname is Hitler. He is the older brother of Adolf.

It is also fair to assume that he would have spoken to his brother via phone call from Dublin to Germany during this time and would have brought up in conversation the very unusual electric vans that were being used by a local laundry company. Electric vans that would have stood out like a sore thumb because of their colour and their unique electric engines. Particularly when the majority of other vehicles would have been petrol.

Can we assume that Adolf asked his brother to describe the eccentric electric vans? Just over a decade later we have the iconic swastika we are familiar with today. The swastika that epitomises Nazi Germany and Adolf Hitler’s Nazi Party. Is this all too much of a coincidence?

“I myself meanwhile after enumerable attempts had laid down a final form, a flag with a red background, a white disk and a black swastika in the middle after long trials I also found a definite proportion between the size of the flag and the size of the white disk as well as the shape and thickness of the swastika.”

Bridget Dowling married Alois Hitler. They had a son. They named him William Paddy Hitler. Bridget Hitler’s parents did not approve of the relationship and the couple moved to Liverpool. Bridget Dowling Hitler wrote a memoir of her supposed encounters with the Fuhrer entitled ‘My Brother-in-Law Adolf.’

Her most controversial contention is that Adolf Hitler came to stay with her and Alois in their flat in Liverpool just before World War One. She claimed that Adolf visited them in England to avoid conscription into the Austrian army. The Dubliner described young Adolf in her memoir as a “pale unsteady-eyed lad’’, who sat in her kitchen and played with her two-year-old baby.

The relationship between Bridget and Alois was shortlived and he moved back to Germany in 1914. He fought in World War One alongside his brother. After the war was over he had a message sent to Bridget to tell her he had died in service. He later remarried and was charged with bigamy.

When he reached adulthood Paddy Hitler showed himself to be an opportunist. Patrick travelled over to Germany to exploit his connections after Hitler became Chancellor. The pair apparently had a stormy relationship, but uncle Adolf found Paddy work in a bank. He later became a car salesman for Opel. He began to ape his uncle’s mannerisms, including the characteristic Fuhrer’s pose with crossed arms. He even grew a similar moustache. Paddy Hitler was in demand at society dinner parties in Germany. Adolf soon found him to be an embarrassment, however, and described him as his “loathsome nephew’’. Patrick was reported to have made veiled threats to expose Adolf’s Jewish ancestry, and demanded a more senior job.

Flying into a rage with his nephew, Hitler demanded that he become a German citizen if he wanted a more senior position. Fearing a trap, Paddy then fled Germany. Both he and his mother Bridget emigrated to the United States. Remarkably, he joined the US Navy in 1944 and fought against Nazi Germany. He saw action and received a shrapnel wound in the leg. He received an honourable discharge. Having cashed in on the Hitler name before and during World War Two, Bridget and Paddy then decided to drop out of public view completely. They vanished and assumed new identities as the Stuart-Houston family in Long Island, New York. Bridget Hitler died in 1969 and her son Paddy passed away suddenly in 1987. They are buried alongside each other in Long Island. Neither grave gives any indication of its occupants past.

The Swastika Laundry Logo and the Nazi Party Emblem

Coincidence or not? You decide.

A nod to a vegan January

Mon Jan 14 , 2019
Before Christmas I received an email asking me if I had thought about what we were going to do for Veganuary in the shop (eating vegan food in January) it was from someone called Shane whom I presumed to be Shane Red Strand Coffee. I shot back an answer saying […] 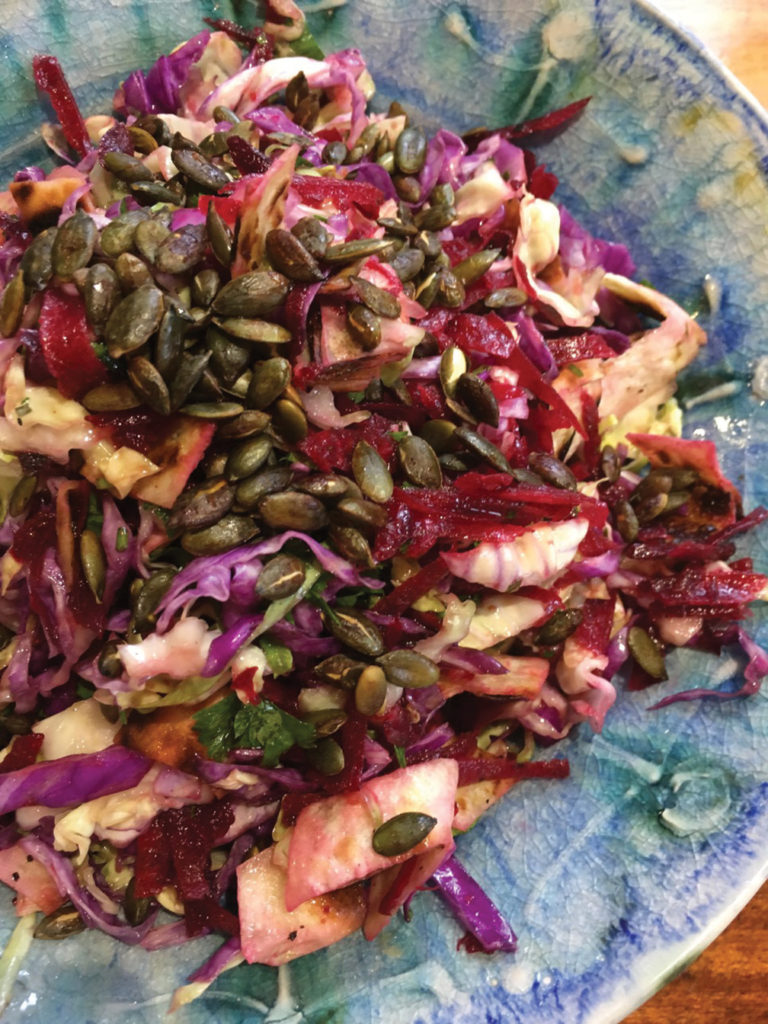