Even though the Victorian era is little over 100 years ago, reading about anything from that time you would be forgiven for thinking it was more than 1000 years ago; with regard essentially everything, but particularly medical advancement. The time itself is classified as 1837-1901. Heroin and Cocaine were the pinnacle of medicinal advancement. Readily available and prescribed willingly and with full licence by physicians, Heroin and Cocaine were deemed to be the forefront of medical prowess. Infants and toddlers that were difficult or finding it hard to sleep were prescribed heroin as an aid to help them drift off. Cocaine was more generally used as a pain relief as well as a cough syrup. Again, prescribed to anyone that had any ailment at all, including infants and toddlers.

There was no understanding of germs at the time. Therefore, syringes at the hospitals were re-used. If you were unfortunate enough to have to visit a hospital in the Victorian era and needed a jab, the likelihood is that needle had been used several times prior. They were generally used until the point became blunt. There was no dis-infectant. Diseases, illnesses and any and all sorts of ailments were rampant. There was no contraception so Syphilis and other sexually transmitted diseases killed you slowly and killed anyone that they touched. There were no anti-biotics and no painkillers. Penicillin would not be invented until 1928. So, if you caught something that was in anyway potent you were going to die from it.

Infant mortality rates were through the roof. Anaesthetic had not been invented yet so all operations were done while patients were fully conscious and without any pain relief. Incredible to think that this happened so recently. A broken leg or arm generally would need amputation, all without the above. Here too survival rates were grim.

It was essentially the Wild West and the Victorian people would cling onto any remedy that had any semblance of working with both hands. This is why heroin and cocaine being prescribed to children was so popular. If you had a child crying in pain suffering from some illness, they take a teaspoon as prescribed by the doctor and soon they are no longer crying and pain free. Whatever is in that bottle works. This led to a domino effect with a list of things during this period in human history. If it worked, even briefly, it was hailed as a cure-all and given far more importance and respect than it probably deserved.

This is how bloodletting became so incredibly popular. The practice is 3000-years-old but became fashionable in the 19th century. Bloodletting was the practice of making a small incision in the sick person’s arm; the patient was then given a pole to squeeze until a sufficient amount of blood had spilled out. The blood was then collected in a bowl underneath the incision. The idea was that, whatever ailment the person was suffering from was carried in the blood; if enough blood was removed from the host, most of the illness would be removed too. The person would then have less of the sickness or toxin inside them. Their body would then regenerate fresh blood and whatever sickness was left remaining the body would be able to more readily fight.

This practice was carried out by barbers. Barbers at this time did not just cut your hair, they were also surgeons and responsible for performing minor surgeries, such as removing abscesses and, where possible, setting bone-fractures. However, bloodletting was a staple of the business and as popular in the barber’s shop as getting a haircut. The craze caught on and eventually more and more elaborate ways of advertising your business were needed. After performing a bloodletting procedure, the bowl that was placed under the incision would be full. This bowl, as well as many others, would then be placed in the front window of the barbers shop to advertise their wares.

Unfortunately, hygiene wasn’t on the list of priorities at the time and the same bowls were left for weeks in the window – the blood would congeal and became generally unpleasant. Business owners soon realised that this wasn’t helping generate revenue and needed a new method of advertisement. This is how the iconic Barber shop pole was invented.

Patients, when undergoing a bloodletting procedure, would have to hold onto a metal pole. This allowed them to squeeze harder and allowed their veins to bulge; making it easier for the barber to cut the vein open and the blood to flow more freely. After the procedure, the cloths used to wipe up blood from the patients arm and from the floor were hung on this pole to dry. The clothes were obviously now stained with blood. The pole was placed outside the barber shop and the wind would blow the rags around the pole, giving rise to what is now that iconic red and white pole that signifies a barber shop. The white signifies the pole the person grasped, the red is the bloody rag that the wind blew around it and the brass on top is the bowl that collected the blood.

Bloodletting was asked for in a similar fashion to how we would go to the pharmacy an ask for Panadol and so on today. It was used by the sick for the reasons stated above but also by healthy people in order to restore balance to the body and keep them healthy. The practice obviously needed to be carried out by someone who had experience otherwise the risk of bleeding to death was possible and this did occur. One of the most well-known people to die from the procedure was President George Washington. George Washington woke on the morning of December 14, 1799 complaining that he couldn’t breathe. Fearing his doctor would not arrive in time, Washington asked for the overseer of his slaves to step in and bleed him. The cut was deep, and Washington lost nearly half a pint before the wound was closed. Eventually, the physicians arrived and proceeded to bleed Washington four more times in the next eight hours. By evening, America’s first president was dead. His death was reported as quinsy. Bloodletting eventually lost popularity with advances in science. However, it continued well into the 20th century.

Next time you are going to the barber for a short back and sides or passing a barber’s shop, keep an eye out for the infamous white and red pole. Have a look at the little details now that you know what each one represents.

The oral history of a life in Clonakilty: Interview with Noreen Minihan 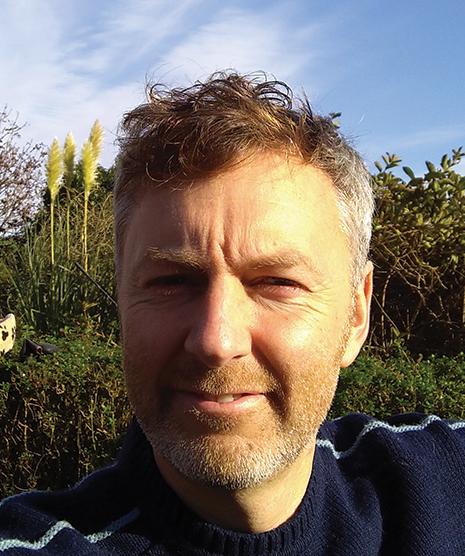