For the sixth UN Global Road Safety Week (May 17-23) the UN called on policymakers to act for low speed streets worldwide, limiting speeds to 30 km/h where people walk, live and play. This call echoes the 2020 Stockholm Declaration where Ireland was one of the co signatories pledging 30kph urban speed limits.

30km/h speed limit introduces calmer, safer roads and shorter braking distance. It gives the driver a better view of their surroundings and makes it easier for them to see any pedestrians crossing the road, cyclists and other vehicles and allows more time for drivers to react to the unexpected. This is partly and simply because when a motorised vehicle is travelling at 60kph and hits a pedestrian, only one in ten would survive, but at 30km/h, nine in ten would survive. It is also a low cost solution to create friendlier, greener centers.

For 2021, the theme of the week was ‘Streets for Life’ and this has never been more important, as people spend more time in their own localities. 30km/h makes our cities, towns and villages safer places to live. It allows children and those with limited mobility to move more freely and it creates vibrant people-friendly spaces. Children are encouraged to cycle to school but this is a difficult choice in towns like Skibbereen and Clonakilty where cycling to school can be dangerous. Road traffic injuries ranks among the top four causes of death for all children after infancy. Crashes on the roads account for one third of all injury deaths across all age groups – pre-schoolers, older children or teenagers.

“Numerous streets in West Cork would be improved with a 30km/h speed limit. In Skibbereen, residents on Townsend St signed a petition years ago asking for traffic to slow down. The Cutting/Rossa Rd would also benefit from traffic calming measures such as a 30km speed limit. It needs to be identified as a shared space for pedestrians, cyclists and motorised traffic,” says Ruth Bullough from CycleSense.

Allison Roberts of the Clonakilty Bicycle Festival added, “Cyclist, pedestrian and parent-led groups are continually asking for safer streets in Clonakilty. Our town has been planned in a way that does not encourage cautious driving through many built up areas, cars have priority and are a present danger, especially to the most vulnerable. Many of us drive sometimes, but we are all pedetrians first, we need to make sure a choice to walk or cycle is as safe as a choice to drive”. She continued, “A people-first town plan would, as a baseline, include the infrastructure needed for kids to get to school safely by bike and foot, we all know how congested the roads become at school times. Wouldn’t it be great to see kids on bikes cycling safely to school each day? It happens all over the country, all over the world.”

The overall measures taken to reduce road trauma are working; between 2013 and 2019, Ireland saw a 26 per cent reduction in road traffic fatalities, compared to just a six per cent reduction across the whole of the EU 27. We had the two safest years on record for road fatalities in 2018 and 2019 and slowing down will ensure that this overall downward trend in accidents and fatalities will continue.

Many cities and urban areas have introduced widespread 30km/h limits. Several countries are introducing default 30 km/h speed limits in all urban areas including Netherlands, Spain, and Wales (20 mph). Some locations have speed limits as low as 10 km/h. Ireland, as a signatory of the Stockholm Declaration, must follow this best international practice and legislate for a default 30 km/h limit in all built-up areas.

Let’s make the streets of West Cork towns and villages safer places for people to relax and enjoy. For more information or to get involved contact your local cycling advocacy group or visit www.cyclist.ie.

Mon Jun 7 , 2021
The International Blue Flag and Green Coast Award recipients for 2021 have been announced by the Education Unit of An Taisce. The number of Blue Flags awarded this season set a new record for the Republic of Ireland.   Cork has 12 Blue Flag beaches and marinas for 2021 (mostly in West […] 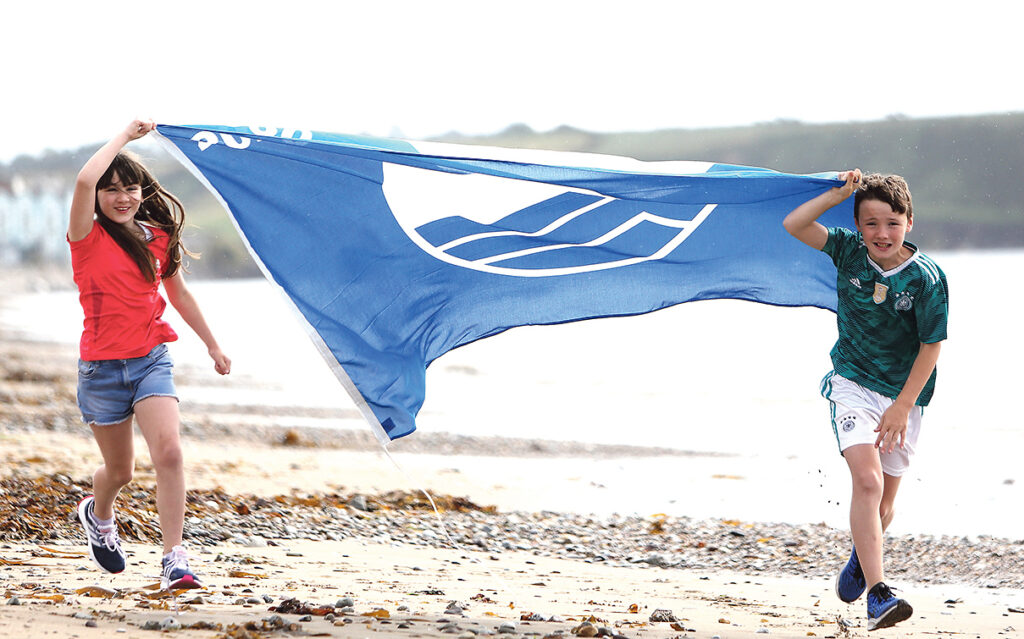