David Hagan is a farmer who is dedicated to helping the farming industry  “do more with less”. His role as Sustainable Agricultural Manager with Devenish – a company that specialises in quality animal nutrition and sustainability – brings him often to work with farmers in West Cork.

The philosophy behind Devenish’s ‘Soil to Society’ programme is that healthy soil will produce healthy forage for healthy livestock, producing healthy produce for humans and achieving a healthy environment as a result whilst helping to improve productivity and profitability on farm.

A native of North County Dublin, David grew up a family farm raising beef and growing vegetables and potatoes until the market became too competitive. Today the 80-acre farm – a partnership between David and his father and brother – is mainly engaged in tillage farming; cereal crops and the more specialised growing of sweetcorn. “

“Although Devenish’s core business is animal nutrition,” explains David “the company recognised a number of years ago that sustainability is an issue for everyone. Part of our work and research can be seen as altruistic but at the end of the day we are a commercial company providing sustainability solutions”.

Devenish’s ruminant director, Dr Morgan Sheehy is a native of West Cork. He designs the diets for cows to get as much economic production as possible with the resources you have. Devenish Nutrition premix range covers Dairy, Beef, Dry cow and In-Feed Ruminant minerals.

With Ireland set to miss its 2020 climate and renewable energy targets, it’s very likely that we will be off course for our 2030 emissions targets.

“We’re failing miserably at our 2020 targets,” says David. “Because of that we have a very onerous target of cutting emissions by 30 per cent by 2030. It’s going to be very hard because we won’t have hit our targets in 2020.”

As agriculture accounts for one third of Ireland’s emissions, farmers have no choice but to embrace change.

David’s role involves working with farmers to maximise resources within the farm, augmenting that with external sources. “For example I’ll work with a farmer to see how he can maximise his slurry and cut down his use of fertiliser,” he explains.

“We’re doing a lot of work with Bandon Co-op through our ‘Soil Improvement Programme, which is helping farmers grow more better quality grass.”

“Instead of using a splash plate when spreading slurry, farmers can use dribble bars, which puts the slurry directly on the ground,” says David. “As a result you don’t lose ammonia gas. When you lose ammonia gas, you’re losing nitrogen and that’s when you have to bring in more fertiliser. You can grow more grass with your slurry and buy less fertiliser.

“Breeding cows that are genetically able to produce more milk will also help,” he says.

“An option is to have your heifer calves DNA sampled (gnomically tested), and to use this information in genetic selection for progressing your herd.

“Soil is the keystone of food…everything comes from it.”

In recent decades, lime application has decreased to the extent that the majority of Irish soils are at suboptimal pH levels.

According to Teagasc only 12 per cent of the soils in Ireland are at optimum fertility.

“Soil fertility in Ireland is a major issue,” says David.

“Increasing your pH, correcting your phosphorous and potassium soil indexes will grow a lot more grass. These are basics but it’s still an issue. “Soil compaction is a major issue on most grassland farms, almost all farms I go into, there is compaction in the soil, this is costing farmers grass growth. I would advise all farmers to take out a spade and dig holes and look at their soils, how many worms do you have?” Use the number of earthworms as a barometer of soil fertility.

“If you’re talking about return on investment, lime is the best investment on a farm.”

Farm businesses are also under increasing pressure to become more energy efficient. Milk cooling, water heating and vacuum pumps amount for the biggest proportion of energy use on dairy farms.

“You’d be talking about replacing constant drive pumps with variable speed pumps so only as much power needed is used,” explains David.

“All of the above are double wins,” he says. “Farmers save money doing these things but it’s also good for the environment.”

Although compared to many of our European neighbours our water quality in Ireland is good, Ireland’s water quality is deteriorating. Farming is being blamed for a lot of this pollution.

“There are two types of water pollution,” explains David “point and diffuse. Point for example would be untreated sewage going into any type of water body. Diffuse could be fertiliser or slurry running off the land after heavy rain.

“An increasing amount of our agricultural exports go to China, because of our clean image, so we need to preserve this. We have to retain the brand. Origin Green has been successful in highlighting all of this, however the problem is that we’ve made very big statements but we’re not hitting our greenhouse gas targets that we signed up to”.

David believes that more boots on the ground are needed to achieve a sustainable Ireland.

“We’re very good at measuring sustainability at the moment but we have to move from measuring to impact,” he stresses. “A lot of farmers are in a position where they need someone to advise them on what their biggest sustainability issue is and what they can do about it. Bord Bia scores each farm on five different areas but in my opinion five is too much. Farmers should be told what their biggest impact is, how they can cut it and then this needs to be followed up with advice on how to achieve it.

“The Agricultural Catchment Project run by Teagasc in Timoleague has shown that working with farmers to improve water is working. Those farms have shown an increase in output and an increase in water quality. That brings me back to the point of how effective it is having boots on the ground.”

“In our own way, that’s what we’re trying to do at Devenish. I’m working with some farmers in West Cork to show them the way forward.

“A lot of farmers believe that being sustainable might curtail their production but that’s just down to a lack of knowledge,” says David.

Optimising productivity within the natural boundaries of your system is a term that David uses to describe sustainability in agriculture. “It’s about maximising productivity but not at the expense of local water, air, biodiversity etc. Consideration needs to be put into what are the local environmental issues and how might affect a particular farm.  Plans would have to be put in place to improve greenhouse gases for instance, but once it improves, farms can grow output as greenhouse gas emissions improve too, using new methods and technologically advanced solutions.

“If we truly want to be sustainable we have to decide what we really value. If we lose our water quality or air quality, it’s very hard to get them back. We are going to have to find technological solutions but it’s going to be about changing working methods as well.

“If something is broken you can’t fix it by having the same mindset or same rules that caused the problem. We need to think bigger.”

David believes that society is abdicating a lot of responsibility on to agriculture. “Society has to be engaged because if agriculture makes all the decisions and society doesn’t like it, that isn’t going to work. Everybody has to be behind change because everybody is responsible.

“It’s a massive challenge but it’s also a massive opportunity for agriculture. We’re not there yet but in a few years we’ll have carbon taxes, which means there will also be carbon credits. So the more sustainable farmer will be rewarded.

“Manure and fertiliser and how its spread is the big sustainability issue for farmers,” says David.

Agriculture is responsible for 98 per cent of ammonia gas in Ireland. Of that 98 per cent, 75 per cent is from cattle.

“It’s our job to feed people but to feed them with high quality food. We’re also responsible for our local environment. Everyone deserves to make profit but not at the expense of our environment.”

Tue Apr 9 , 2019
Grace O’Riordan speaks to Mary O’Brien at her workplace, The Olive Branch, in Clonakilty, about living with Crohn’s Disease and managing the condition without medication. Grace has been working at The Olive Branch for almost six years and is passionate about healthcare and wellness. “I love helping people to get […] 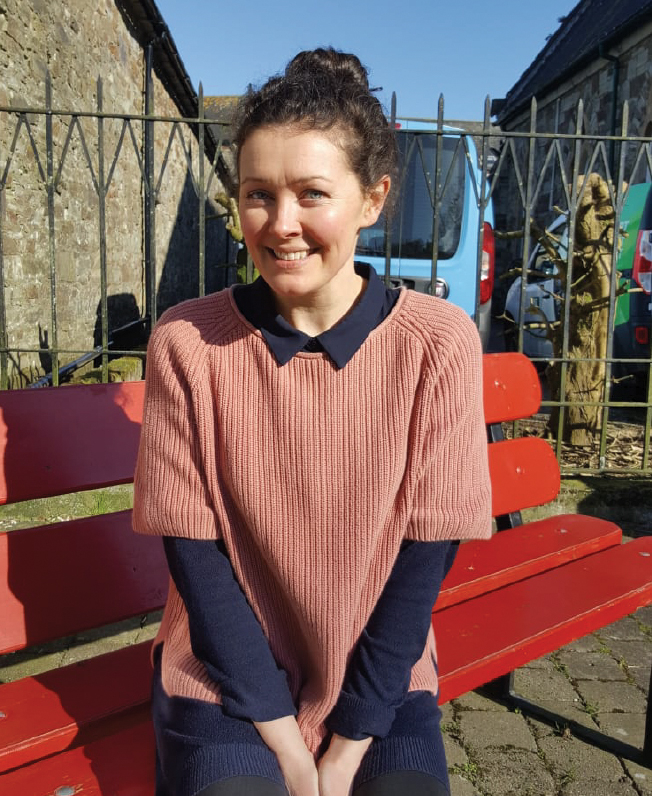