With 2022 marking the 50th anniversary of the first songs he ever wrote and also his first paid gigs, Irish folk singer-songwriter Luka Bloom shares with Mary O’Brien how he plans to mark the occasion by recording a special collection of 50 songs spanning his 50-year career.

In 1972, I was the opening act for Planxty on their big ‘Black Album’ an amazing experience for a 17-year-old. It really cemented for me this feeling that this is what I wanted to do,” he recalls. “It was a life-changing experience.”

“It’s early days and I’m just thinking about it but it could be something crazy like a triple CD of songs over 50 years.”

“It’s dangerous territory to put a deadline on creativity,” he laughs, when asked when we can anticipate the launch of this compilation. “I haven’t even started recorded yet, so it could be Christmas time, St Brigid’s Day or summer 2023…”

“Most of the songs will be my own, some will be ones I’ve learnt and some will be very innocent, naive songs that I wrote as a teenager.”

Born Kevin Barry Moore, the brother of Christy Moore, Bloom says that creating the identity of his music that is Luka Bloom marked another momentous period in his career.

“I’ve had lots of pretty remarkable experiences since then. Some of the festivals in the early 90s playing to crowds of 80,000 or 90,000 people really stand out,” he shares. “I don’t do that anymore but it was pretty fantastic at the time.”

While the pandemic forced him to slow down, it also gave him what he describes as the biggest surprise of his working life in his first instrumental album ‘Out of the Blue’. Hailed as Bloom’s state-of-the-Covid album, it is beautiful and moving. All-instrumental, the 11 tracks, six self-composed and five traditional, are mostly solo, but some include backing with various combinations of fiddle (Adam Shapiro), trumpet (Susan O’Neill) and double bass, mandola, synthesizer and electric guitar (Jon O’Connell, also producer).

“It’s been a bit of a surprise to me but it seems to me like the most emotionally articulate album I’ve ever made and there isn’t one word on it,” shares Bloom.

While he says that the pandemic forced him to be still for the first time in 50 years and acknowledge his age (67), Bloom as much as admits that he will never retire. “Apart from my family, music is my life and each gig is precious,” he says, “Although that drive-along need to be out on the road all the time has changed for me. I’ve been telling people I’m middle-aged for the past 20 years but the truth of the matter is I’m an old age pensioner now. I still have this mad love for what I do but I also have to mind myself. I enjoy being quiet here in Co Clare.”

Saying that, on the back of a tour in Switzerland in July, Bloom returns to a firm favourite, DeBarras in Clonakilty, on August 25, his first gig there since 2019.

‘Out of the Blue’ will be a big part of the playlist on the night in Clonakilty.

“No venue is more precious to me than DeBarras,” shares the musician.

“I always go there without a set list and no plan but this show is a little bit different because of ‘Out of the Blue’ and I will play a lot from that at this gig.”

One track in particular on the ‘Out of the Blue’ album, ‘I Hear You’ resonates powerfully with Bloom, who lost two friends during Covid and wrote this piece of music in grief.

Bloom shares how he spoke to one of these friends every day in the last two weeks of his life.

“Nobody was allowed visit him and there was no funeral to attend. Both of these people died within a month of each other. They didn’t die of Covid but because of Covid in the hospital nobody could visit them. I was very affected by that…Every time I play it, I think of my two buddies. It’s also a track that resonates with everybody, so many lost so much during Covid, whether it was by being alone or losing someone.”

Bloom says the album was a form of therapy for him during the pandemic.

“I wasn’t thinking about an audience because there was no audience,” he says. “I was getting so much comfort and almost joy out of playing these pieces that it almost belatedly dawned on me to record it.

“It has already given me back more than I ever anticipated. With little or no air play, not even an album release, it’s gone out into the world like smoke signals.

“I think it’s one of these rare little records that’s going to have a long shelf life.”

Bloom started off at a time when it was difficult for any musician to get a gig in Ireland.

“For many, many years, I experienced nothing other than rejection in this country,” he shares. “There weren’t enough gigs to go around and not many people writing their own material in the 70s so it was a very challenging time.”

This is why DeBarras is so important to Bloom. “DeBarras was one of the rare venues that filled that gap for musicians like me and it remained a constant for 30 years.

“There are a small number of places in Ireland that when the date comes up on the calendar you just go ‘oh yes’ and DeBarra’s is one of them.

“It’s always had a charm about it…I remember my first gig there, the sound desk was in a phone booth!

“And over the years it has evolved into a top class venue, and Ray Blackwell, under the watchful eye of Bobby, has taken it to a whole new level. I don’t know a musician in the world who doesn’t long to play in Clonakilty.”

What’s he listening to now? “This might come as a surprise to people but right now I’m a huge fan of Florence and the Machine,” he laughs. “She’s a spectacular artist… I stumbled on one of her concert’s on YouTube. Albert Hall with full orchestra. It blew my mind.

“…and Aisling Lyons, a harpist from Milltown Malbay, I’m listening to her album, which is stunningly beautiful.”

A huge fan of vinyl and passionate advocate for the CD experience, who snubs Spotify, Bloom lives in hope that the nostalgia that reinvigorated vinyl will one day do the same for the CD…

Luka Bloom plays DeBarras in Clonakilty on August 25. For tickets go to debarra.ie. 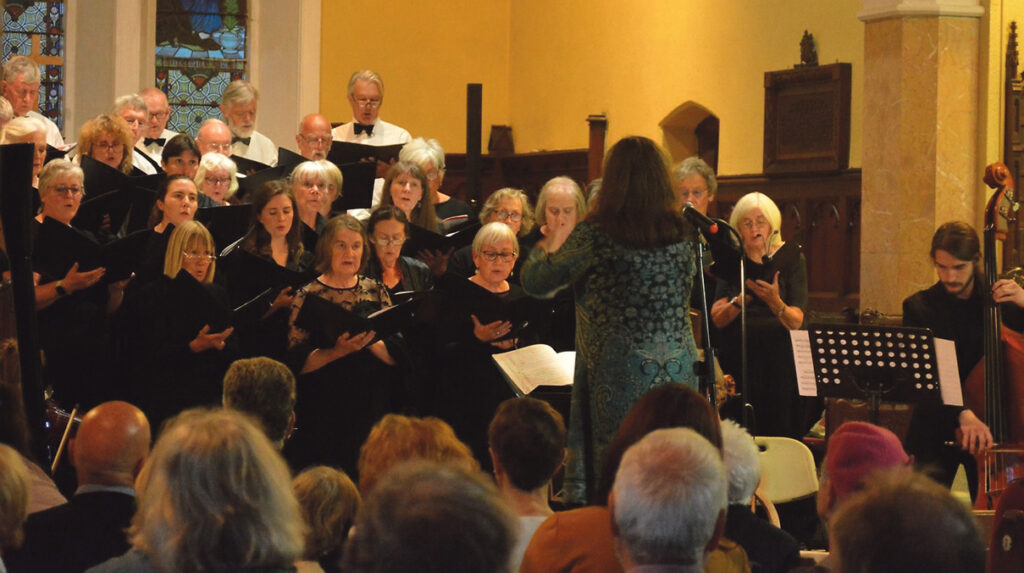