The claiming of land in the West of America by white settlers is an often-romanticised notion brought about by popular media. Books, documentaries and television shows can often skew the view of reality. If one takes a step back and analyses the facts, the reality of the situation is far from romantic. In fact, the chasm between reality and what is often portrayed is striking. Case in point is the story of how The Texas Rangers were formed in 1823 in response to the deaths of white settlers travelling West to claim land, at the hands of the Comanche.

The lands in the West were already inhabited. The Native American people were there first. It was their land. They hunted on it and lived off of it – they had lived a nomadic, somewhat hunter-gatherer lifestyle on it for centuries. That is not to say that there wasn’t fighting in the West before the settlers arrived, because there was; tribes of Native Americans fought amongst themselves for territory, as well as superiority on the plains. However, it wasn’t until the white settlers made their way West that their focus was no longer inward, but directed outward, at the land-grabbing invaders.

As mentioned in previous columns, the Comanche were an exceptionally skilled warrior people. This tribe of Native Americans was at the forefront of defending the West during the battle of the Great Frontier. Because of the Comanche’s skill and proficiency on horseback, the settlers were at an incredible disadvantage and suffered huge numbers of fatalities when venturing West in order to steal Comanche and other Native American’s land.

What transpired in the coming years was an all-out brutal war: A war that stemmed from the Native Americans acting in self-defense. They were protecting their land and did so remarkably well. So well in fact that, as there was no regular army, a new force was created in order to keep the Comanche at bay and protect the settlers during their journey West.

Stephen F. Austin, an empressario, put together a group of 10 men whose duty was to ‘range’ the land and protect the settlers from attacks. Soon after they became informally known as ‘Rangers’ and formally known as ‘The Texas Rangers’ in 1835. Before commenting on the Rangers, some context is needed around the need for their creation.

In 1783, American settlers began their century-long westward expansion, largely by massacring Native Americans and stealing their lands. The US government at the time sanctioned this and authorised more than 1,500 wars, attacks and raids on Indians; the most of any country in the world against its indigenous people. When Columbus arrived in 1492, it’s estimated that there were five million to 15 million indigenous people living in North America. The number had declined sharply to less than 238,000 by the late 19th century.

An entire people were in danger of being wiped out because the US government felt they were uncivilised and the settler would bring civilisation to the West. The land grab came at the expense of Native American life, which the US government and settlers believed was inconsequential. The 1830 Indian Relocation Act compelled south-eastern Indian tribes to move from east of the Mississippi River to the west; a journey that was overseen and controlled by army and militia patrols. Between 1830 and 1850, the government forced nearly 100,000 Native Americans to leave their homelands, thousands of whom died of disease, hunger and cold. This dangerous journey later became known as the ‘Trail of Tears’ and is a harrowing tale in itself. What’s more, Native Americans were seriously discriminated against and the killing of them was not only encouraged but it was rewarded. George Washington, the first president of the United States, described Indians as being like the “Wild Beast of the Forest” and the “Wolf” because they were both beasts of prey. In 1862, on the orders of President Abraham Lincoln, 38 Dakota Indians were hanged in Mankato, Minnesota; still to this day, it is the largest mass execution in US history.

Jeffrey Ostler is a professor of Northwest and Pacific History at the University of Oregon and he has spent almost 30 years researching and teaching the incredibly nuanced and incendiary history of what happened on the Great Plains. Ostler’s conclusion is that the wars the US government waged against Native Americans from the 1600s to the 1900s differed in a fundamental way from this country’s other contemporaneous conflicts. “Against Native nations and communities,” he says, “it was genocidal war.” And from the beginning, he believes, US leaders understood and embraced this grim viewpoint. However, they concealed their true aims with a series of self-serving narratives built around the ideal of “civilisation”. In the beginning this was portrayed as a precious and necessary gift the colonisers were offering to indigenous populations. Later, “defending civilisation” would be cited as justification to kill them.

Of course, the intention to commit genocide is not sufficient to ensure its success. Native nations and communities persisted for many years and, in fact, many, such as the Comanche, were successful in defending their lands and keeping the settlers at bay. Until the formation of the Texas Rangers.

At the time, the US government allowed the surveying of land – anyone who wanted land, could simply go out and take it. They just needed to travel out West, survey the land they wanted and then claim it; it was entirely legal and, most importantly, free. Huge numbers of people travelled West in order to claim land, which is why the Indian Wars began.

As previously mentioned, Stephen F. Smith initially put together a group of 10 men. Jack Hays, a surveyor himself, was appointed leader of the Rangers in 1840 and became a good leader of men.

The Rangers learned Commanche techniques, such as using bird signs to track people, but though they were a professional force that generally excelled at warfare, they had one problem, they had only three shots. Their only weapons against Comanches on horseback, who had perfected the art of firing as many as 10 arrows in five seconds, were a Kentucky Long Rifle and two single shot pistols. Therefore, initially, the Rangers were at an incredible disadvantage. That is until an inventor on the West coast named Samuel Colt came up with a prototype of a five shot pistol in the early 1830s. It became known as the five shot Patterson Colt. Jack Hays and the Rangers got hold of these guns and immediately knew it meant equalising the warfare against the Comanches. Now they had a five shot gun with one interchangeable cylinder, 10 shots in each gun. With 10 shots in their left hand and 10 shots in their right hand, in close hand combat the advantage completely shifted. This gun was so efficient at doing its job that the US government ordered what became the Walker Colt 6 shooter for the Mexican War. Samuel Walker, a famous Texas Ranger, and Samuel Colt joined forces in order to win the war in the West.

Samuel Colt became one of the richest men in America and Jack Hays and the Texas Rangers redefined warfare. Before Jack Hays people came into the West on foot carrying a Kentucky Long Rifle. After Jack Hays, they came mounted and carrying a six shooter.

The Comanche and the Native Americans quickly found themselves on the losing side and within a very short period of time their lands had been forcibly removed from them, their livelihoods taken away, and they were confined to live on reservations. This in turn meant that they suffered poverty, malnutrition and low rates of economic development, the effects of which remain evident today.

Tue May 4 , 2021
Seven kilometres from Clonakilty, in the townland of Knockawaddra in Ballingurteen, neighbours and business women, Lesley Cox and Emma Fitzpatrick, have launched a campaign to speed up the rolling out of fibre broadband, which stops 1km away from them. Locals are looking for a reliable broadband connection, in an area, […] 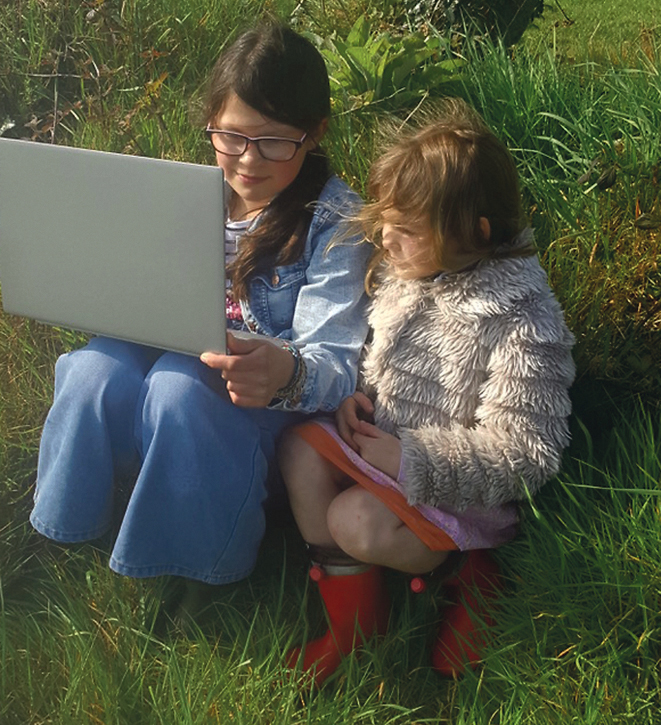