It’s so good to see the Spring again. The world is still a crazy place and getting weirder every day. After two years of covid and one month of watching Ukraine go up in flames, it’s good to at least say goodbye to the winter. Thank goodness for the sights, sounds and lovely smells of Spring. Few things lift my heart more than a walkabout through the first flowers. This is the season I think of as being “silly pretty”. The snowdrops are spectacular this year. Bright yellow daffs line the drive and spill out into the front field. Our little patch of wild crocus has doubled this year with almost a dozen purple flowers, peeking through the grass. Also starting to peek through the grass are little violets and tiny blue forget-me-nots. In the woods the three-cornered leek is growing in wide banks. The flowers aren’t out yet, but the leaves smell and taste delicious. Equally tasty and abundant is the sorrel. The bluebells promise quite a show in a few weeks, and I was delighted to see that primroses have established themselves under the big sycamore.

This time of year, every drive along the back roads is a delight.  Coming across a bank of daffodils at the turn of a boreen feels like a gift. Being able to leave the kitchen door open to hear the birds making a racket outside and smell the sweet air of new grass and flowers is the best sort of mindfulness. Early spring is a good time to be grateful for living in West Cork.

Sometimes I stop and think about how much West Cork has changed in the thirty years that I’ve lived here.  Change is generally slow and incremental, so that we don’t really notice it as it happens. You must stop, look around, and then remember what it looked like in 1992 to notice the difference. There have been some momentous changes to society on every level, but one of the biggest changes has been the landscape itself. The expansion of our towns and villages over the last three decades has been phenomenal. It has changed what used to be called “isolated rural pockets” into suburban communities.  My own house used to be described as “in the middle of nowhere”. Today it is in the middle of a dozen new houses that have been built since we first moved in. There are still more fields than housing estates, more cows than people, but there’s hardly a boreen that has been left untouched.

I love the countryside. It’s why I left the city and came to live here. I love the fields and the hills, the overgrown walls, and hedgerows. The countryside that I love best however, has always been the small forgotten bits of wilderness that you find wedged in between the cultivated bits.  They can be a few square metres to several acres. Small stands of trees. A little bog. A brook in the corner of a field flanked by willows. They are often the wet, marshy bits, and have a stream running through. That’s where you’d find the wild damsons, chanterelles, and wild garlic. They are great places to look for frog spawn. Though sometimes quite small, each is a pocket size eco-system, a perfect example of the type of temperate rain forest native to West Cork. These are the magical places that so charmed me when I first visited. One would not be surprised to find a few fairies flitting through the dappled light and giant ferns. They are bursting with biodiversity. These small areas of abundant lushness delight me more than any other landscape. They remind me how beautiful this planet is when left to its own devices.

We had such a jewel right across the road. We called it The River, but it’s really just a stream, a babbling brook at best. It runs parallel to the road and then under it to continue through a strip of land that’s been left alone for as long as I’ve been here. A lovely mix of trees line the banks. Fallen trunks are covered with moss and giant ferns. The stream makes a most pleasing sound as it trips over rocks and gathers in eddies. It was a great place for the kids to play, and a sort of right of passage in our house. You had to be at least seven years old to cross the road to “de ribber” to play. One summer my second daughter told me that she had sat very quietly on the bank, watching a fox who was sitting on the other side watching her.

I always have a look as I drive by, often stopping to roll down my window and listen to the river, noting how high the water is, or if a tree has fallen in a recent storm. For my sins, I have not actually walked along its banks for a decade or more. Once the girls were too old to play in the stream, I stopped visiting.

I could kick myself now. Due to roadworks that need to be carried out to repair a bridge where the river joins the main road, the entire area has been levelled of all life. The river has been dredged. The trees and ferns have been torn out of the ground and tossed into a giant pile of sadness. I’m sure there is a good reason for the destruction of this little piece of local magic. Maybe once the works are done the magic will return. In the meantime, I will mourn that tiny bit of wilderness and try to be more aware of the wild bits and small streams that are left.

Mon Apr 4 , 2022
Since its inception in 1982, Clonakilty Flower Club has established itself as one of the most vibrant and thriving flower clubs in the region. The club, which celebrates its 40th anniversary this year, was formed by a group of enthusiasts with a shared love of flowers and gardening who came […] 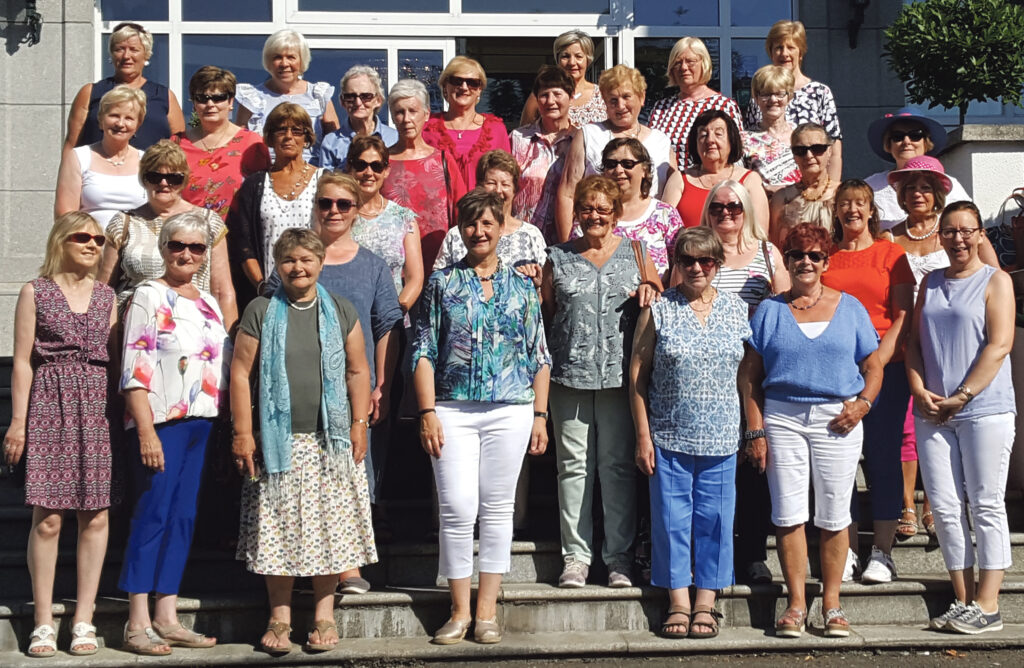