West Cork People history columnist Shane Daly is currently working as a schoolteacher in Abu Dhabi in the United Arab Emirates. He gives an insight into life under curfew in the UAE during the pandemic.

“Pandemic is not a word to use lightly or carelessly. It is a word that, if misused, can cause unreasonable fear, or unjustified acceptance that the fight is over, leading to unnecessary suffering and death.” – Dr. Tedros Adhanom

The Troubles in Ireland lasted thirty years. It is the bloodiest war in the history of the State and the loss of life during the war is considered so abhorrent that it has been the subject of countless books, documentaries and films. It will be forever in the hearts and minds of Irish people because of its intensity, loss of life, violence and struggle. In the thirty years that it was ongoing, 3,600 people in Ireland lost their lives. In Ireland since March – only two months – 1,608 people have died from Covid-19. The September 11 attacks in the US claimed 2,996 lives and is considered to be one of the most heinous crimes against the United States in its history. It changed the course of security and travel in that country and worldwide irrevocably. Again, it too will forever be in the hearts and minds of every US citizen. In the US since March, 97,276 people have died from Covid-19. It is difficult to comprehend the extent of what is happening throughout the world with this virus. It is such an unusual virus in that you can have it and have no idea. Someone else can have it and it is fatal to them. The rate at which it spreads and its rate of infection is staggering. It seems to have no pattern; it is fatal to young and old, as well as healthy and unhealthy.

I work in Abu Dhabi as a primary schoolteacher and I have been working from home since March 8. The working week in the UAE is from Sunday to Thursday so in class on Wednesday, March 4 we were informed that our Easter holidays were being given to us early and were to begin on March 8. The original plan was for us, as a school, to take two weeks off on March 8 and, on March 22 we would complete two weeks of ‘distance learning’ with the children. Then on April 5 we would all return to school as normal.

It is now May 25, as I write this. I am still working from home and our distance learning is to continue indefinitely. The online learning way of teaching in my view has been seamless. There are many positives to it. There have been discussions about distance learning or online work platforms being the future of learning/working and certainly Covid-19 has given lots of employers’ food for thought with regard it being an immediate solution. It negates huge office block rent fees, monthly parking fees etcetera and if the job is being done adequately at home, why not let it continue.

The other side of the coin that I have come across here in Abu Dhabi is with fee-paying schools. I work in a private school and the annual fees for the children to attend are extravagant. I know that the parents of these children have been in contact with the Director and administration for partial refunds, as they felt distance learning should not have the same price tag, as a bricks and mortar education. Here the schools have ‘Directors’ and not ‘Principals’ and as such the Director acts as a CEO, private schools here are a business, big business and the parents soon learned their enquiries were going down a cul-de-sac.

It wasn’t until the second week of March that it hit me that I was living in a pandemic. Everything was still open here except for schools. I went to a coffee shop to do some work. All the staff were wearing masks and gloves. I ordered an iced americano and it came with a 750ml tub of hand sanitiser. The staff weren’t touching door handles, but instead opening them with their hips. Payment was contactless. A week later, everything shut overnight. The government enforced a curfew, between 8pm and 6am we were not allowed to leave the house. Masks were made mandatory. If found not wearing one in public a fine of 10,000 AED is issued, which equates to roughly €2,500.

Between those hours the government sent out enormous water tankers filled with disinfectant to spray the streets and all public areas. It is so bizarre to see. They sprayed everything. Once the disinfecting was complete on a particular neighbourhood, the police are deployed in cars, on motorbikes and on horseback to make sure curfew is adhered to and masks are being worn. The only people allowed out after 8pm are delivery drivers. Looking out the window and seeing huge tankers spraying disinfectant followed by police on horseback, genuinely felt surreal. It was like watching a movie.

On April 24, Ramadan began and the curfew was extended from 10pm-6am. Muslims were fasting so curfew was extended to allow them to travel to collect takeaway meals etcetera for their Iftar meal. Ramadan finished yesterday and the government sent every resident a text, to say curfew is 8pm-6am again. However, during all this time up until 8pm we had complete freedom of movement. No 2km/5km restriction like at home. Now, certain places are beginning to open up. The malls have been reopened – gloves, hand sanitiser and masks are supplied upon entry and only a certain amount of people are allowed in shops at one time. I visited one of the largest malls in Abu Dhabi last week and I counted 12 people in the entire centre. The beaches re-open here tomorrow, May 26. Things are beginning to relax. Is that a good thing or a bad thing? I don’t know.

We have not been made aware of any arrangements regards schools re-opening. Just brief correspondence that 14 staff have been infected with the virus and to take the necessary precautions. I know our Director is working from home and security will not let you in unless you have an appointment. The local paper here is called Gulf News and they have reported that distance learning will continue indefinitely and we, as teachers, will not see our classrooms until at least 2021. I teach three Grades, each grade has 33 children. Therefore, some mornings before lunchtime I will have taught 99 students. There are rumours that when things do return to normal class sizes will be drastically reduced and social distancing measures put in place. However, for now classes remain online.

In the UAE at present there have been 241 deaths from Covid-19, based on those numbers it’s fair to say the government has done a good job. It remains to be seen what re-opening the beaches will do to this number. It is even more difficult to try and envision what the future holds when everything is re-opened. My view is that the world will be changed, unrecognisably so, between social-distancing, constant sanitisation, the continuation of wearing gloves and masks etcetera; things returning to how they were before the virus entered our lives seems completely out of touch. We are living in unprecedented times and will continue to do so for sometime yet. However, I have no doubt we will adapt, just like we have done since March.

Wed May 27 , 2020
De Barra’s Live Folk-Club Sitting-Room session on Wednesday 3rd June, features guest speaker, Stanley Notte. Stanley is a diverse artist who writes prose and poetry, is a well-known performance poet and creates visual art using a number of mediums.  For the past four years Stanley has been a key organizer of the Regional […] 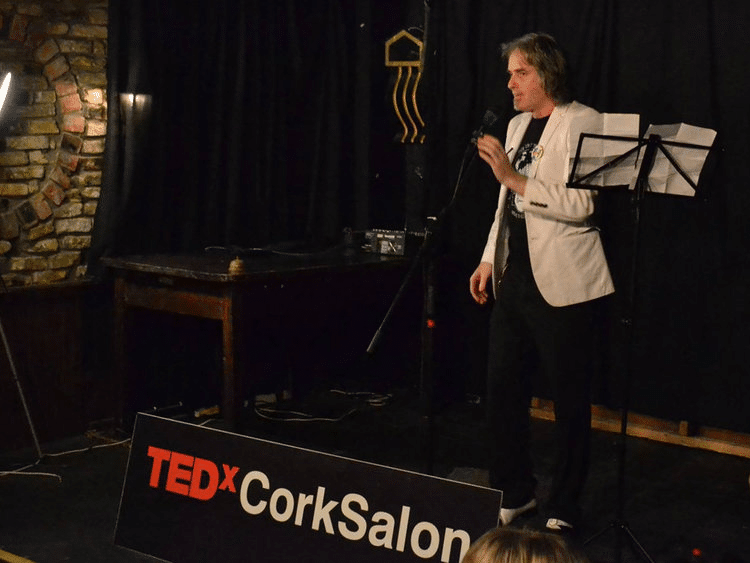