I dusted down my trusty propagator and set it up in the small tunnel, ran the extension lead to the nearest socket and plugged it in. I set about this annual ritual with increasing trepidation as the propagator came with us from England in 1989 and had already been in steady use for at least six or seven years before that. It is basically a heated mat 3ft 6inches wide and 2ft 6inches deep with a thermostat, which hasn’t worked for years and a cover, which has been replaced with homemade efforts more than a few times. It gives me great satisfaction that it still works after nearly forty years. Due to the lack of a working thermostat, I have to be very careful to move trays around and keep the mat moist, even so I have managed to cook many trays of seedlings over the years. It does take a bit of handling. So now, for at least a couple of months, one of the first pleasures of my day, on my way back from feeding the chickens is to pop into the tunnel and see what has germinated. It never ceases to amaze me that a pinch of tiny dry seeds can turn into a tray of lovely green seedlings, full of promise, in just a few days.

Vegetable seeds are generally very reliable and easy to germinate. Lots of varieties don’t need any heat at all, some just need a warm windowsill but more tropical varieties such as tomatoes, aubergines and peppers do much better with some consistent heat. Lettuce seed can germinate in temperatures as low as 40 degrees Fahrenheit but as a general rule 60 to 70 degrees Fahrenheit would be optimum, and definitely not over 75 when germination will be retarded.

Flower seeds can be a bit trickier. Annuals are relatively straightforward and most don’t need any extra heat, though it will speed up the germination time for some varieties. Half-hardy annuals do need some help and I find it best to wait a while before I sow things like cosmos and nicotiana, as even if they germinate early, they tend to sit and sulk in cold compost. Perennials on the other hand can be very unpredictable. Some need to be sown in the autumn and left outside covered against the rain but open to cold and frost, which primes them to burst into life when the weather warms up. Some are sporadic with a few seeds germinating straight away and more later on. Some take months or even a year to germinate; then again others will pop through within a couple of weeks from a spring sowing.

I find growing from seed to be really satisfying and have learnt not to empty seed trays too early if nothing shows through. It is great to experiment with a few different things each year. If nothing grows it won’t break the bank but if you are successful then you can grow many plants for the price of a packet of seeds. It is very rewarding to grow plants that would be difficult to buy, such as Santolina etrusca, a really pretty cotton lavender that I grew from seed and now have enough plants for a low hedge in the herb garden. Some plants such as delphiniums look so much better in groups and are relatively easy to grow from seed. For less than the price of one plant you can buy a packet of seeds and have lots to plant out or swap. Of course there isn’t the instant gratification of immediate flowers but quite a few perennials will flower in the first year if sown early enough and anyway, we gardeners are patient people aren’t we?

Sun Mar 7 , 2021
As the lockdown continues many people are finding more time at home and have, over the last year, started to grow their own fruit and vegetables. One of the easiest foods to grow with amazing returns for the effort involved is our most popular vegetable in Ireland, the potato. It […] 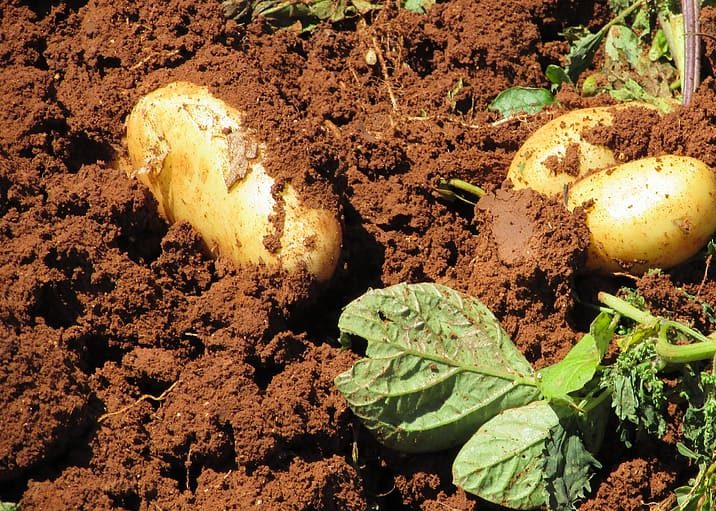