As I write this I am once again looking out on a rainy day. It may be my imagination but it seems that I start every column with an account of some extreme weather conditions. I have also said before how much I love May, usually a benign month weather wise, with lots of blossom, fresh green leaves and new growth. Well this May certainly hasn’t run true to form, with storms, frosts, torrential rain and some very unseasonal high winds. Admittedly there have been some lovely days in between but I’m still wearing several layers of clothes.

All this has meant a very slow start to the growing season. We are still picking the bulk of our salads from the tunnel while lettuces planted outside are only just beginning to show signs of growth. Pickings from the outside vegetable garden have been very meagre but some of the perennial vegetables I have been growing have really come into their own. I have grown Nine Star Perennial Broccoli for three or four years now and have had good pickings every year but this year it has really come into its own. Some of the small heads have been like little cauliflowers and I’ve made more than one ‘cauliflower cheese’ in the last few weeks. I grew the plants from seed and I cut the stray flowering shoots back so as to stop the plants going to seed and they are still going strong after several years. I have planted them in the flower border, which edges the veg plot where I grow lots of flowers for the pollinating bees and other insects. Also in this border is rhubarb, another favourite spring treat. It couldn’t be easier to grow; plant it in a sunny spot in fairly good soil, don’t touch it for the first year after planting to let it get established but otherwise it looks after itself. The plants tend to push themselves out of the soil when they need splitting and replanting but they can stay in the same place for a good long time before that happens. Many years ago a friend gave me a couple of plants of something he called Babington Leek. I planted it in that same border and forgot about it. A couple of years later when tidying and weeding the border I saw lots of these strappy healthy looking leek like plants. They smell quite garlicky and are a great addition to stews and soups. They start growing in late summer so are well ready to harvest in spring, especially useful when we have used up all our annual leeks. It eventually sends up a beautiful seed head four or five feet high, which gently droops over and drops on the soil ready to start again next year. It has seeded itself in all sorts of nooks and crannies in my garden even in the shade of trees on the boundary. The seed heads can also be split up and scattered into salads like chive flowers, we use it all the time.

There are many useful and decorative alliums, wild garlic and the strappy three-cornered leek, which also has a very garlicky flavour; both of these we regularly use for making pestos. The latest garlicky addition I have planted is Tulbaghia violacea, a really pretty plant. It is often called society garlic, as although it has a garlic flavour when chopped up raw in salads, it doesn’t leave the smell in your mouth; the flavour also doesn’t survive cooking. There are so many other perennial plants that are really delicious – asparagus, sea kale, globe artichokes, cardoons, the list goes on, and there is now a lot of interest in perennial vegetables. They may prove a more sustainable option in the future, as they don’t require annual cultivation. Many on the list above are considered luxuries but are so easy to grow and we all need a little luxury in our lives don’t we? I think that tonight we’ll have asparagus from our one asparagus plant with new potatoes (out of the tunnel) with a little melted butter and poached eggs from our chickens. What could be better?

Who is West Cork’s Greatest Ever Sportsperson?

Mon Jun 7 , 2021
It is fair to say that over recent months, the content of this column has clearly shown that West Cork has been a breeding ground for many great sportspeople. The fact that the achievements of Olympians, internationals, and All Ireland winners can almost be forgotten over the course of a […] 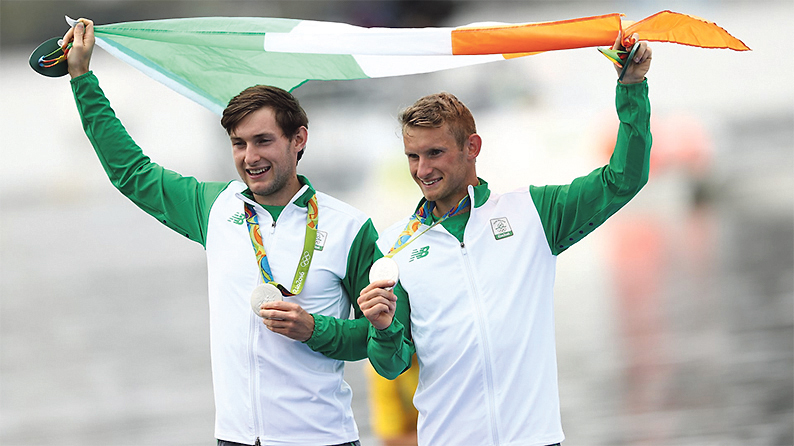