After a build-up that dominated the airwaves at the time, a figure for the cut in emissions in Agriculture was set at 25 per cent in late July. I’m glad a decision was reached and the debate – that at its extreme turned extremely toxic on social media channels – is in the rear view mirror. The practicalities of what the cuts actually entail at farm level will have to be worked out now.

How and when these cuts will come into play isn’t so clear-cut. The same can be said over who politically will implement them. None of the three larger political parties appear overly keen. Perhaps this is a reflection of society too. Emission cuts may be easier to implement in agriculture in comparison to other sectors. The blend of policy and financial incentives has worked in the past when it comes to implementing policy shifts in farming. The likelihood of that combination being used again could be a framework for the ‘voluntary basis’ that has been mentioned in relation to emission cuts from agriculture.

August has provided great weather from a tourist perspective and for farmers’ harvesting grain, although there was a heightened fire risk during the warmest week. From a livestock farmers point of view it has proven more challenging, especially so for those involved in dairy farming. Lack of moisture has stymied grass growth. Conditions have been very similar to the corresponding time in 2006. That year we had no rain here at all for nine weeks from early July to the middle of September. I’m probably a bit more prepared for dry summers since then. Now that is much easier for me to say as a dry stock farmer. There are different pressures involved if you’re in dairy and higher costs with meal required to supplement cows, as well as dipping into silage stocks. As challenging as conditions are, this dry spell has been a bit easier to manage compared to 2018, which began in June and ran until early August. That was on the back of a floods and blizzards over the winter and a fodder crisis that spring. Silage stocks were very thin on the ground when that drought struck so at least fodder stocks are in good shape for now.

How long the rain stays when weather does break is anybody’s guess. Given the dry spell and nature’s habit of balancing out, we could end up facing floods or snow over the coming winter. There’s been a small drop of rain from the third week of August, so that, and heavy dews have kept pasture growth ticking over, but it’s far from bursting out of the ground. A decision to put in other pasture species such as chicory, plantain and red clover has paid off as, at the end of August they were the plants that were thriving best largely due to their larger tap roots which go deeper in the ground in search of moisture.

The heat also resulted in the scanning of the younger cows and heifers being postponed. It was just too warm at the time and, if there was any delays and they had been in the yard for too long, the water demand when they returned to the fields could have been under pressure. An air-locked water system in hot weather isn’t fun to be playing around with. So a call was made to wait until the weather gets cooler. At the beginning of the really warm spell in the middle of the month, water ended up being turned off in the Ardfield area for a day but thankfully was switched back on.

I’m writing this at the end of August but there’s still sufficient covers ahead of all groups so the target of getting to September without opening a bale should be achieved. If conditions continue to be relatively dry, then the first option will be to put silage in the diet for the culls and introduce meal to their calves to get them used to it ahead of weaning. Those cows would be next on the list for selling anyway, so supplementing them and moving them on would make most sense.

Unannounced Health and Safety inspections are also taking place at the moment and an inspector called to the farm. With agriculture still listed as the most dangerous occupation, these inspections are straightforward enough and the focus was largely on animal handling facilities and tractor safety. I found it was a pleasant experience and I’d certainly rather a visit like that rather than a HSA inspector calling following an accident. When you’re familiar with your own yard, a pair of outside eyes is good to point out any potential safety issues or suggest improvements.

Agriculture has become a busy space news-wise, – there’s been a few new changes proposed for the nitrates derogation and more details were revealed of the latest environmental scheme ACRES. I must have a closer look at that over the next while, so more on that next month.

Why buying food in season matters

Mon Sep 5 , 2022
Growing up in France in the nineties, I always looked forward to grape harvest towards the end of the summer. Grapes were not cultivated in the northern region of France where I come from, but they were easily one of the cheapest fruits available in the shops that time of […] 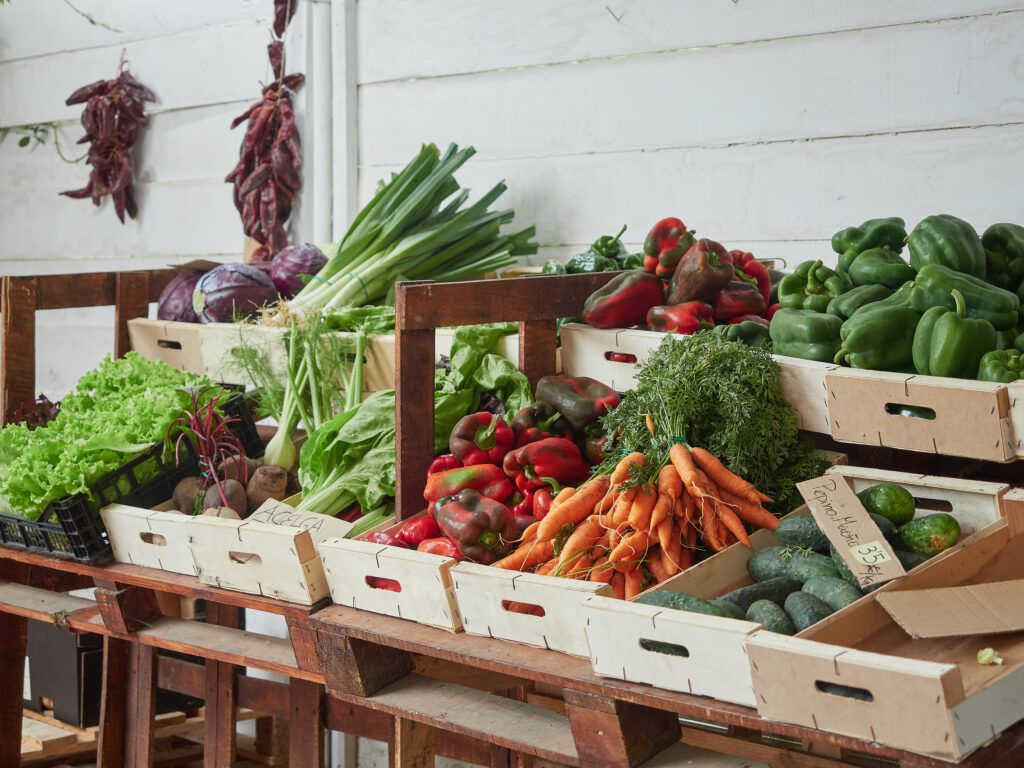