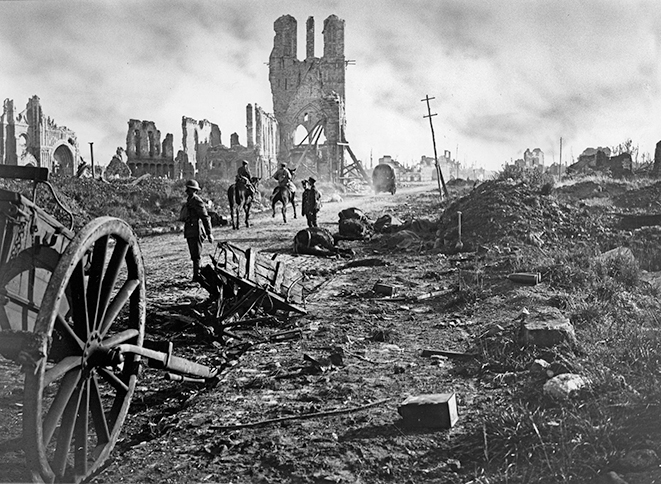 “Many wounded men slipped into those shell holes and would have been drowned or suffocated by the clammy mud.” – George Pearkes

The Battle of Passchendaele was fought on a 13km square patch of grass in Belgium in August 1917. It took place in a town called Ypres, or ‘Wipers’ as the Brits called it, as Ypres didn’t flow easy from the colonial tongue. The land at Ypres was reclaimed from the sea centuries earlier through careful and clever draining and irrigation techniques. Napoleon had lost the Battle of Waterloo on the same patch of land 100 years earlier. Ypres wasn’t necessarily a landmark town to capture. It wasn’t going to be the feather in the cap sort of town that would mean the winner would have ‘one up’ on the other. However, it did have strategic importance as an agricultural and commercial centre that dominated Western Flanders. It is set in a low lying shallow basin. Above the basin are hills and from these hills flow streams. They flow directly down from the hills into the town. Meaning it has a constant supply of water. Therefore, the town became of great importance to weary and thirsty soldiers. It would be an ideal base camp from which to rest and recoup, as well as having the aforementioned strategic importance. Both the Allied side and the Germans wanted to take the town. However, it wasn’t just each other they had to worry about.

Neither side accounted for the mud. The constant supply of water from the hills, as well as the fact that the land had been reclaimed from the sea, meant that the land at Ypres was already predisposed to being damp. In August of 1917, just as the first shots of the Battle were fired, it rained. And it didn’t stop raining for all but three days during that month. Constant, incessant, nom-stop torrential rain for twenty-eight of thirty-one days in August. The lead-up to the offensive, which would begin on July 31, included the blowing up of the 21 mines created under the Messines ridge through the deployment of one million tons of TNT. The planned explosion on June 7 was so terrific it was heard in London, some 200 miles away. It seemed to silence the Germans who withdrew.

It gave the British a short-lived advantage and made their supply lines secure, for a brief period. It would seem that such a spectacular gesture would pay dividends but the next British attack did not take place until July 31. By then the Germans had regrouped and completed about six miles of intensive digging in which to position heavy machine guns, mounted in concrete. These became known as ‘pill-boxes.’ For seven weeks, nothing happened. Between June 7 and July 31, not one shot was fired in anger. Something that is difficult to explain, but exhaustion might be on explanation. However, the German response came in the form of six separate defence positions, a forward battle zone, layered and, in effect, creating a formidable battle zone.

The German heavy guns held 64 strong points, which remained intact. The British attack began shortly before 4am on July 31. Initially the infantry made some advancement along the 13km front but not in crucial positions, such as a coveted area, which was a continuation of the Messines ridge. It was strategic, as it gave the German artillery a height advantage with clear views of the advancing British. On August 1, the rain came. It didn’t stop for 28 days; it was so heavy that it made it impossible for aerial bombardment, as planes could not fly. The shelling tore up the earth and the craters filled with rain, which quickly turned to mud. Soldiers drowned in trenches because they were unable to clamber out, as the walls gave way under them. Wounded and dying men being transported on carts, pulled by horses and mules themselves staggering through the quagmires, often rolled off and were lost in the slime, which suffocated them. Even moving the light field artillery was hazardous. To move one gun, it was reported to take six hours, sometimes more, to move it 250 yards, because of the condition of the land.

Mud. Mud like wet soap. Nothing could move in the mud. Guns that became stuck needed 26 horses on one gun to drag it free. It was also reported that a Digger fell off duckboards in the dark and sank up to his neck. His mates tried to get him with a chain of rifles but he drowned in the wet earth, begging to be shot. In the trenches rats bred like flies, feeding on corpses that drowned in the mud whilst trying to climb out. The smell of wet and rotting bodies clogged the air. Total casualties at Passchendaele were estimated at some 500,000, about 275,000 British and Commonwealth and maybe more than 200,000 Germans. Nearly 15,700 Canadians and 5300 New Zealanders fell there, killed, wounded or missing.

Not only were fathers, sons, husbands and lovers dying but the public became aware that despite small gains made at Passchendaele, the overall result left both sides in deadlocked positions similar to where they had started. The disaster brought condemnation on British army commanders. Military historians now make harsh judgments about Douglas Haig, commander of the British Expeditionary Force on the Western Front. When he died in 1928, his funeral became a day of national mourning but post World War II, Haig’s name has become synonymous with carnage and futility. His troops arrived at that conclusion long before the historians: they called him ‘Butcher Haig.’

In time, commanding officers would weep publicly about the horrors their soldiers endured. Maj CL Fox of the 502 Field Company Royal Engineers wrote: “There was no ground to walk on; the earth had been ploughed up by shells not once only, but over and over again, and so thoroughly that nothing solid remained to step on; there was just loose, disintegrated, far-flung earth, merging into slimy, treacherous mud and water round shell holes so interlaced that the circular form of only the largest and most recently made could be distinguished. The infantry in the outposts moved hourly from shell hole to shell hole, occupying those that had just been made and which had not, in consequence, yet filled with water. All honour to them and the way they ‘stuck’ it.

“Covered with mud, wet to the skin, bitterly cold, stiff and benumbed with exposure, cowed and deadened by the monotony of 48 hours in extreme danger and by the constant casualties among their mates, they hung on to existence by a thin thread of discipline rather than by any spark of life.” It reads as an account of torture, not war.

Five months later, the Germans took it all back over the course of three days. It was all for nothing.

An afternoon at Fernhill House Hotel

Tue Dec 10 , 2019
Photo : The O’Neill family: Gearoid, Neil, Michael jnr, MJ, Teresa and Michael Snr.   “Do onto others as you would wish them to do to you.” More about these words later.  On a crisply cold and sunny afternoon, Brendan McCormack takes a short trip up to Fernhill House Hotel to […] 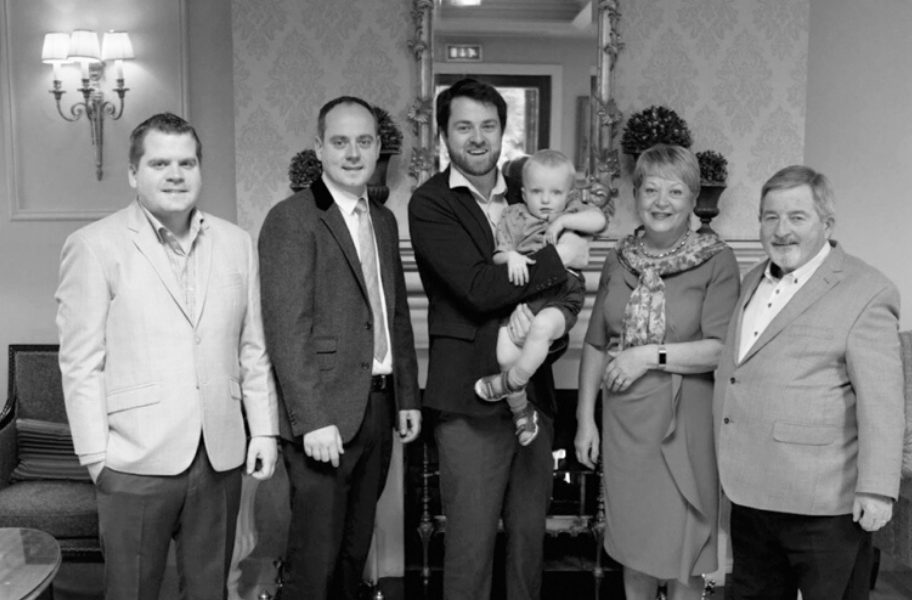