As a community-based social enterprise, Bantry Bayworks is a testament to what can be achieved in rural Ireland when locals come together to drive a project forward. The well-planned out hub offers 16 hot desks with all the other amenities needed to work in an efficient, comfortable and inspiring environment.

An initiative of the West Cork Chamber of Commerce and Bantry Grow Remote, Bantry Bayworks has made the possibility of working remotely, while enjoying the lifestyle that Bantry offers, a reality for many.

The story of Bantry Bayworks begins back in 2016 when Bantry Chamber formed a working group that focussed on improving broadband access and IT infrastructure in Bantry. The group got to work registering with broadband companies and highlighting poor connectivity issues to national groups which informed Government.

As connectivity in Bantry gradually improved, a sub-committee was formed in 2019 to examine how to take things forward and stimulate economic growth in Bantry.

“Joining Grow Remote and attending webinars and seminars on remote working informed our thinking,” explains Neil Clarke, a member of that committee. “Before we had ever heard of Covid, we saw evidence that remote working was going to be a feature of the work place in the future and decided to pursue the possibility of setting up a digital hub.”

At the time Amazon was conducting a trial program in the Bantry area, which was further evidence of where things could go.

Committee members Michelle O’Keeffe and Kathryn Kingston from WCDP, successfully applied for a grant from the Department of Community and Rural Affairs and Bantry native Peter Coppinger of Teamwork came onboard with advice and sponsorship.

A lucky break came when Jim O’Keeffe, who had just opened his purpose-built SuperValu in a beautiful location overlooking the bay, kindly offered the group surplus space as a venue.

“This was ideal, as it meant no construction costs and purpose-built office accommodation,” says Neil. “High speed broadband was already onsite so the costs were mainly the fit out. This made it a viable project for what was initially just a pilot scheme.”

Today, despite the challenges posed by the pandemic, Bantry Bayworks is thriving and meeting the needs of many; remote workers or home workers needing a change of scene, students studying or taking exams, holiday makers needing to check into the office or those just thinking about making the move to West Cork and checking out the facilities…all have passed through the doors.

Bantry Bayworks has recently joined Skibbereen, Dunmanway, and Clonakilty in forming a Grow Remote Chapter to highlight the opportunities presented by WestCork Hubs.

Open from 8am to 8pm, there are a total of 16 desks with superfast broadband connections available in Bantry Bayworks, which can be booked on a short or long-term basis. There is also a phone booth for private calls, a private office, meeting room, relaxing area and access to a cafe in the SuperValu downstairs. The nearby Beicín Walk offers a chance to gather one’s thought with some fresh air and lovely views!

The hub offers a variety of rates, with special discounts for regular bookings, students and OAPs. Booking is through BantryBayworks.ie.

Hungry Crow builds a chocolate nest at The Pike

Mon Mar 7 , 2022
It’s almost six years since self-taught chocolate creator extraordinaire Niamh O’Reilly first started experimenting at her home kitchen making nutritious but delicious bars free from ingredients such as grains, dairy and refined sugar. After initially “stumbling into making chocolates” Niamh, with the help of her partner in life and business […] 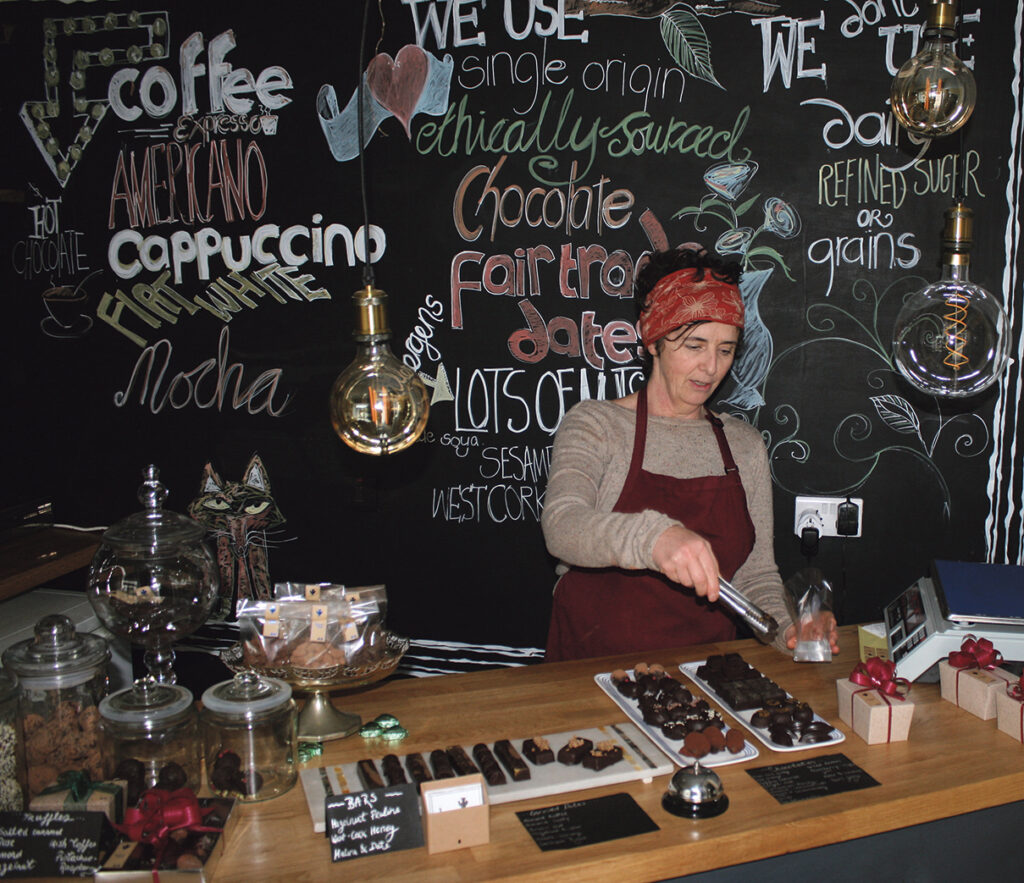