A new resource for young people and their educators called ‘Young and Trans in Rural Ireland’ was launched recently by Youth Work Ireland, the largest youth organisation in Ireland working with 116,000 young people every week. Attending the launch was trans actor Jack Murphy from Fair City.

The resource, which is the first of its kind, will be used by those working with young people across the country, to help them become the best trans allies they can be and in turn help Ireland become a truly trans-inclusive society. The innovative resource will also be made available for schools across the country.

In recent years Ireland has become a more inclusive society with the passing of equality-based referenda and legislation. However, this inclusivity has not been experienced equally by all young LGBTI+ people, with trans people, particularly those growing up in rural Ireland, continuing to face high levels of transphobic bullying, social anxiety, discrimination and isolation. There is a lack of mainstream information on how professional workers can best support a young trans person, particularly those living in rural Ireland who are more vulnerable and have less access to supports and services than those living in urban areas. There is therefore a continuing challenge for society to better understand the needs of this group and to be aware of what actions can be taken to better support them.

According to Dr. Patrick Burke, CEO of Youth Work Ireland: “There is an added pressure on these young people to be the educators on trans issues, for them to be political and to change society. While those that rise to this challenge are some of the most impressive young people we have worked with, these are still young teenagers who are facing their own challenges and need to be supported. By highlighting the issues faced by young trans people and the supports they say are needed, we hope this resource will continue to bring us further along the road to true equality for all, irrespective of identity or gender.

Jack Murphy said: “I’m 100 per cent behind this new resource that the very talented young people put together in Youth Work Ireland for trans people in rural parts of Ireland, I hope it succeeds and becomes a part of schools Relationships and Sexuality education in schools for the future, I wish I had these resources growing up, it would have made things so much easier.“

Wed May 8 , 2019
by Sara Devoy “To find health should be the object of the doctor. Anyone can find disease.” – A.T. Still From as early as I can remember I have been interested in health. When I came to Ireland in 1990, I was completing  training in Polarity therapy, I set up […] 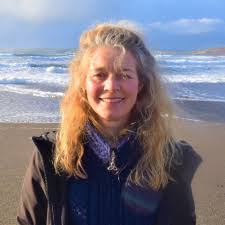