Cork South West Deputy Christopher O’Sullivan has formally objected to a proposed oyster farm at Ring, telling the department of agriculture of the proposed farm’s severe negative impact on the local tourism economy and environment.

Deputy O’Sullivan wrote to the department on Monday outlining six key objections to the proposed 22.65 hectare site between Middle and North Ring.

“Clonakilty Bay, Ring Village and Inchydoney are among the most special places on Earth. They were my playground as a kid and today they continue to inspire and fulfil my love of nature and wildlife. I want it stay that way. I want it to hold on to that magic and I know I’m not the only one who does,” Deputy O’Sullivan said.

“It makes no sense to position an oyster farm in the middle of that natural beauty. The proposal is for 22 hectares. That’s 30 soccer pitches. It would damage habitats and threaten our area’s tourism appeal and that’s a threat to livelihoods, including the livelihoods of the local fishing community, our vibrant rowing club.

“This proposal should be an absolute no go and I’ve made these points in my submission.” In his letter to the department, Deputy O’Sullivan outlined in detail the impact of the proposed farm to several aspects of the community, as well as the severe threat to local wildlife.

“One of the things that makes the harbour so beautiful is the abundance of waders like the Black-tailed Godwit, Dunlin and the critically endangered Curlew who use this exact area of the bay for feeding and roosting. It’s also a well known roosting area for Gulls and Terns. This proposal, if it’s followed through, will cause their displacement,” he said.

Mon Jun 7 , 2021
For the sixth UN Global Road Safety Week (May 17-23) the UN called on policymakers to act for low speed streets worldwide, limiting speeds to 30 km/h where people walk, live and play. This call echoes the 2020 Stockholm Declaration where Ireland was one of the co signatories pledging 30kph urban speed […] 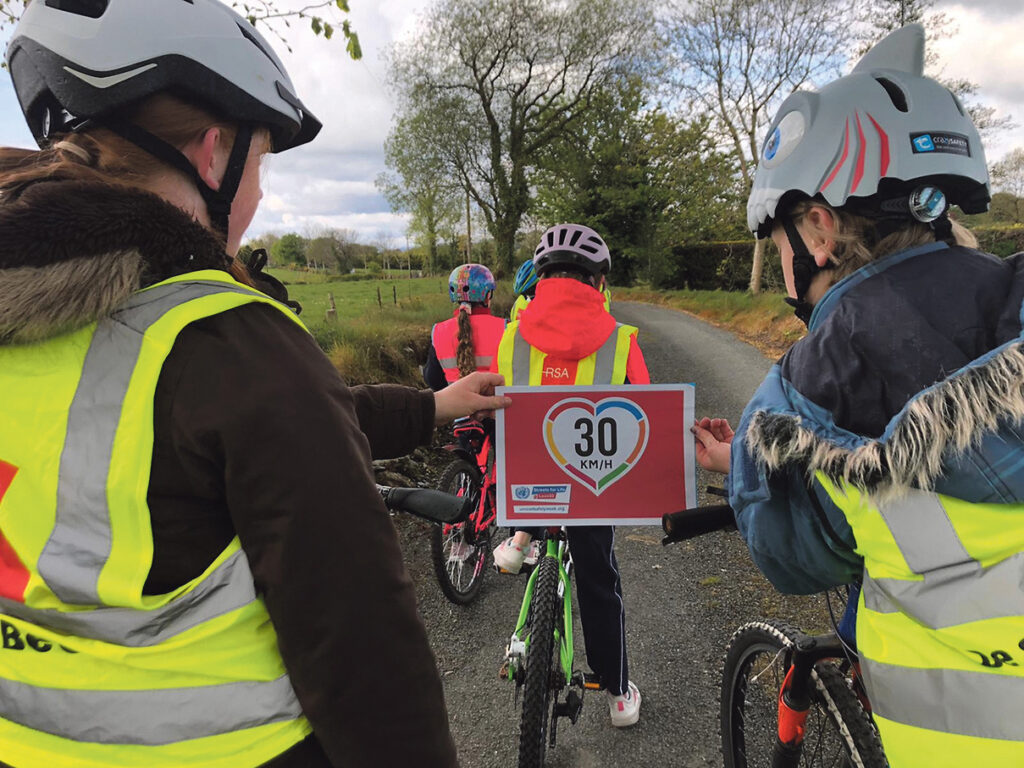