In a major step forward for the community in Bandon, Gaelscoil Dhroichead na Banndan and Coláiste na Toirbhirte have been given the green light for a new state-of-the-art, multi-million-euro school campus. The brief for the Gaelscoil includes a 12-classroom primary school, two special education needs bases, a library, large general purpose room, two SET rooms, office accommodation and other ancillary accommodation, while the impressive extension to Coláiste na Toirbhirte will cater for up to 1,000 pupils when completed.

The project has been devolved for delivery to CEIST who are tasked with designing the campus, obtaining the necessary statutory planning permission, and overseeing the construction in due course. The process for designing the new campus has already commenced and it is expected the project will proceed to construction quickly.

On completion of the construction works, there will be two separate schools operating on one shared campus. The Gaelscoil will benefit from a host of outdoor facilities such as ball courts, two soft play areas for the junior classes, a green space and a sensory garden, all of which were not possible at it’s current location.

Gaelscoil Dhroichead na Banndan, a co-educational, Irish medium primary school, began in 1995 with just two prefab classrooms in the Bandon GAA pavilion. Since its foundation it has seen steady growth.

In recognition of the substantial level of investment by the Department of Education, chairperson of the Board of Management and Mayor of Cork County, Gillian Coughlan said: “It is a historical day for the Bandon area to be given the green light to construct a new school from scratch.”

Principal of the Gaelscoil, Nioclás Ó Laoghaire also welcomed the news saying “We’re all thrilled with the announcement and delighted to see it progressing so quickly. It will make such a difference to our pupils.” He also paid tribute to the Gaelscoil’s current and previous boards of management, staff and parents in their continued support throughout this long running campaign.

Awarded its second Active Schools Flag virtually last year, one of the most exciting aspects of the new build is the availability of a green space and sports and play areas. “This is something we’ve dreamed of for years as a health promoting school,” vice-principal Mairéad Áine Ní Urdail commented in reaction to the good news.

In addition to offering an immersion education through Irish, the Gaelscoil places a particular emphasis on the STEAM (Science, Technology, Engineering, Arts and Maths) subjects. Having secured sponsorship from Cork based engineering companies, the school participates annually in programmes such as UCC’s Engineering-in-a-Box programme, Science Blast, the Creative Schools Initiative, Digital Schools of Distinction programme and VEX Robotics, finishing in third place in the All Ireland Finals. One thing is for sure, the future certainly looks bright for Gaelscoil Dhroichead na Banndan.

‘Ulysses’ 100 years later: A work of genius but does that make it a great novel?

Mon Mar 7 , 2022
Winston Churchill said famously when speaking of Russia, it is ‘a riddle wrapped in a mystery, inside an enigma’. The same can be said about James Joyce’s ‘Ulysses’ that was published 100 years ago this year. The novel, which took seven years to write, did not garner much interest in […] 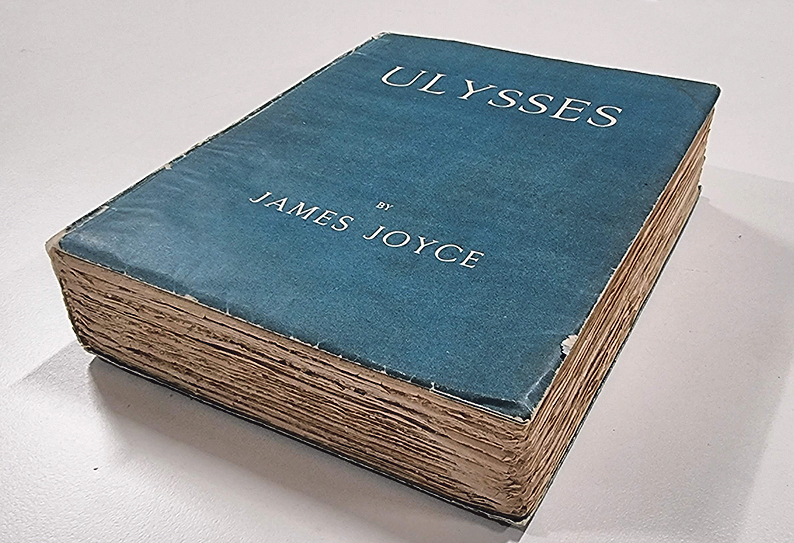