A special edition of An Saol ó Dheas broadcast on RTÉ Raidió na Gaeltachta this week commemorated the Whiddy Island disaster.  The interviewees included Eoin Warner, a wildlife television documentary maker, who lost his father in the tragedy.

Eoin, from Bantry, was only two-and-a-half when his father was died.  He spoke to Helen Ní Shé about it in the programme.

“I was very young at the time, I was only two-and-a-half when he died so I have very few memories of him – just one that’s all – and it’s such a pity because I can remember a lot after that.  It used to really upset me growing up, because my two brothers were older, they were five and just nine, so they remember him well.”

“I used to be jealous, because they could visualise him, I couldn’t do that. But looking back now as I get older, I realise that they paid dearly for those memories, because they understood what they had lost. I didn’t understand because I didn’t know him, really.  But, having said that, growing up there was always a void, something missing, no doubt about that.”

In the interview on RTÉ Raidió na Gaeltachta, Eoin spoke about how difficult it must have been for his mother, who was left to raise three small boys alone, and who, in a cruel twist, also lost her own mother on the same day.

“Suddenly, her world was turned upside down, but she had to keep going, she had no choice the poor woman, with three young children.  And worse again, her own mother, she had breast cancer, and she died on the same day.”

Eoin said that he often thinks about the plight of the stricken men, whose calls to notify the control room of the unfolding disaster were left unanswered for twenty minutes.

“I often think about the men out there trying to send the radio message and getting no response at all for twenty minutes, and those hellish fires all around them and they could do nothing.  The pumps weren’t even on, and they couldn’t fight the fires, they couldn’t put them out.  I can’t imagine a worse death, between drowning and burning, it was horrific for them.”

The programme also included interviews with Seán Ó Ceallaigh, who was teaching in Bantry at the time, Máiréad Ní Mhathúna from Béal Átha an Ghaorthaigh who was up that fateful night with her father to attend to a sow who was giving birth and remembers the red sky 20 miles away, and Máire Ní Mhaoileoin, who had just started teaching in the area.

The special edition of An Saol ó Dheas was broadcast on Tuesday on RTÉ Raidió na Gaeltachta. Listen again at www.rte.ie/rnag/an-saol-o-dheas/.

Mon Jan 14 , 2019
Lifeboat crews from around the UK and Ireland have become ‘pin ups’ in a new calendar that supports one of the biggest photographic projects ever undertaken. The calendar features volunteer crews from all round the coast; the coxswain from Penlee; the iconic lifeboat station at Bembridge; the old and new […] 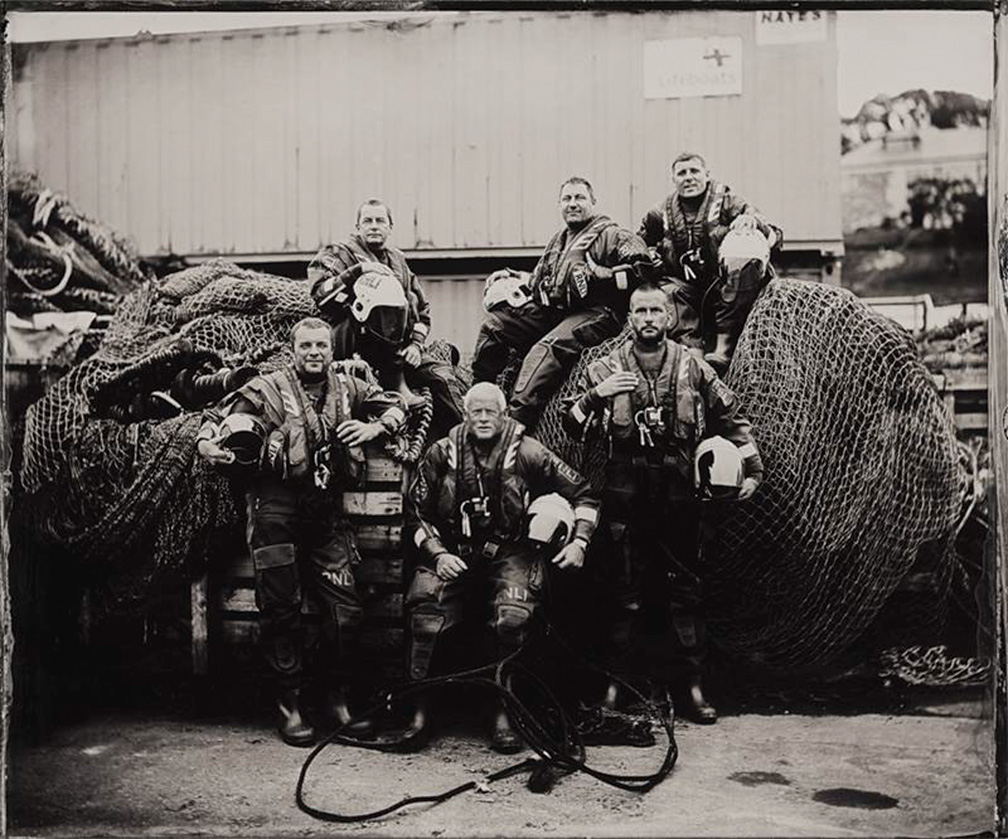