West Cork’s Emma Cullinane picked up the Youth Achievement Award at this year’s Irish Red Cross National Volunteer Awards, which were held last weekend in Croke Park. A member of the Clonakilty Irish Red Cross branch for over five years, Emma is also involved with the Cork Penny Dinners. As a direct result of her efforts with the Clonakilty Branch, food collection has grown from eight crates of food to 53 crates of food, all to be handed out to local people who are struggling or in need.

Cobh’s Emma Hurley is just 11 years of age but walked away with one of the Irish Red Cross’ highest honours – Young Volunteer of the Year. The youngster has proven herself to be invaluable to her local Irish Red Cross branch in Cork where she is dedicated to the Cork Penny Dinners, one of Cork’s oldest charitable organisations, as well as other local community groups.

Along with her exceptional work with the Irish Red Cross and keeping up with school, Emma also helps her mother, who is a wheelchair user, with everyday tasks at home.

The title award of the day went to Dr Andrew Kelly who was named Irish Red Cross Volunteer of the Year. Dr Kelly has worked tirelessly with the Irish Red Cross and is stepping down shortly from his position as Medical Director with the organisation after more than 20 years.

With a host of achievements to his name, local members in Limerick talk of Dr Kelly’s constant commitment to them and it was his unwavering, decades-long dedication, which saw him take away the 2019 Volunteer of the Year award.

Dr Kelly has been instrumental in the Irish Red Cross Limerick Area but he also represents the organisation at a European level as a member of the Red Cross Red Crescent First Aid Education European Network. Serving as the General Assembly Representative for Limerick, Dr Kelly has spearheaded Limerick units to be some of the most robust across the country.

Acting Chairperson of the Irish Red Cross Volunteer Support and Development Working Group, Liam Maguire, highlighted the importance of the Irish Red Cross mission and its volunteers. Speaking in Croke Park this afternoon he said; “the mission of the Irish Red Cross is to provide impartial humanitarian assistance to the most vulnerable people in society, at home and abroad. This mission is exemplified in the wonderful and important work of our volunteers who dedicate themselves to helping those in need, and the winners recognised today are clear examples of this commitment across all generations.

“Their work, and the work of all our volunteers, should be considered a leading example and today is a fantastic occasion to shed light on their work.”

At the event, the Irish Red Cross Portlaw Branch in Co. Waterford was singled out for its huge contribution to the community, winning the Branch of the Year Award. The branch boasted over 6,000 volunteer hours for 2018, which included their work in the Soup Kitchen in Waterford City.

The annual Irish Red Cross National Volunteer Awards is a highlight for the volunteers and a reminder that their dedication and selflessness does not go unnoticed. The vital work the Irish Red Cross provides in communities across the country would be impossible if not for the efforts of these everyday heroes. 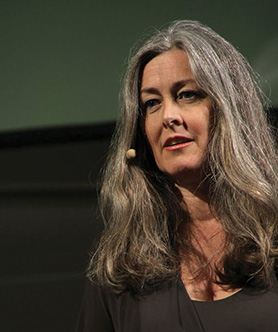