During the last lockdown Gardaí all over the country liaised with a variety of other statutory bodies to identify any gaps in services and find ways of overcoming them. The aim was to give assistance to anyone who needed it, in particular to those most vulnerable in the community. Bandon Community Garda Damian White shares his experience and gives some advice on what we can all do to help anyone isolated or lonely in our localities over the next few weeks. His feeling is that many people will find this time around more challenging than the first lockdown, mainly due to the time of year and weather conditions.

Damian says the volunteering spirit right across West Cork was visible in the last lockdown and definitely assisted in the challenges posed by Covid.

“From the outset, Covid created a real sense of fear and uncertainty, especially amongst those who were regarded as being in the high risk category. Not knowing exactly what we were facing into certainly posed additional worries, and perhaps the element of some panic buying of items in the beginning was a reflection of that fear factor,” he says.

Initially, Garda Frances Murphy and Damian set about compiling a database of supports that would be available to them in the community. “These ranged from Community Alert groups, Foróige Clubs, Active Retirement Clubs, Sporting Organisations, Charitable Bodies and so on,” explains Damian. After completing the database, he said it was heartening to see the range of people and groups that put their hands up, seeking to support those in society that were less fortunate. “In a time of crisis, people rallied around and that real sense of community was evident.”

With Community Gardaí stationed throughout West Cork, Damian says they had an excellent network of contacts to work with. “It meant that we didn’t have to start from scratch, as our base was already well established.”

The Cork Community Support Programme also had 10 Community Support Response Hubs established in the West Cork area, and Gardaí liaised with a variety of other statutory bodies to identify any gaps in services, and how to overcome them.

While making people aware that services were there to help them, the Gardaí were very careful not to overstep the mark during the first lockdown. “I think that it was important for us to realise that some people choose to live very private lives…and it was a personal choice for them, whether or not to avail of the services.

“We were lucky in that we had Garda Community Engagement vehicles available throughout West Cork, and these were not the ordinary ‘marked’ Garda cars. I think that was important, because people came to see these vehicles as playing a friendly and supportive role, not for the enforcement side of our job.”

In the beginning people were somewhat hesitant to open the door to the Gardaí. “This might have been their first interaction with us. Traditionally, people associate the Gardaí with bringing bad news, and this has led to a fear factor of us,” explains Damian.

As time went on, people became more confortable with calls and for some these calls became a lifeline. “With one of our home visits, in particular, you could really see the change in the person’s whole demeanour over a period of months,” says Damian. “What would begin as a simple five minute call began to develop over time, and as they became more comfortable with these calls, conversations could stretch for a half an hour. These visits were a real lifeline, because the travel restrictions meant that their family members may have been unable to visit in person. It was very rewarding to be able to link in with these family members, and act as a go between at those times.”

For anyone in the community who wants to offer help to someone in need, Damian’s message is not to underestimate how powerful small acts of kindness can be.

“What we found during the first lockdown was that it was the simple gestures that meant the most to people. “We are social animals, and we missed the human contact. Pick up the phone to those in need, reach out to them, your voice may be the only one that they might hear that day.”

On a personal note, Damian shares that his family probably gained a better appreciation of the everyday things during the restrictions. “When all the matches, training and so on stopped, it made us realise how busy we all had been beforehand. Having some downtime isn’t a bad thing, and spending extra with family has proved to be very rewarding. It was nice to get outdoors and enjoy nature, and to understand how lucky we are to be living in such a beautiful place as West Cork. There certainly would have been far worse places to endure any lockdown.

“This experience hasn’t been easy for anyone, and it’s also important not to be too harsh on ourselves either, these are unprecedented times, there’s no rule book for a situation such as this.”

Although this lockdown may prove more challenging, Damian believes that we will get through it. “I’ve witnessed first-hand how resilient people can be. “Nobody likes having to endure these extra restrictions, and help is at hand if people require it.

“The main thing to realise is that what I do will affect other people, and that I will equally be affected by what other people do. Let’s all protect each other as best we can. All we can do is follow the advice, and cope as best we can. Concentrate on doing the basics, like washing your hands, wearing a mask, keeping your distance. Just worry about what’s within your own control – that would be my message.”

‘Locked down’ and homeless

Mon Nov 2 , 2020
The legacy of Good Shepherd Sister, Sr Colette Hickey, who today has reached the great age of 102, has gone from strength to strength since Good Shepherd Cork was founded more than 40 years ago. Under its umbrella, women, children and families who are vulnerable to homelessness are supported across […] 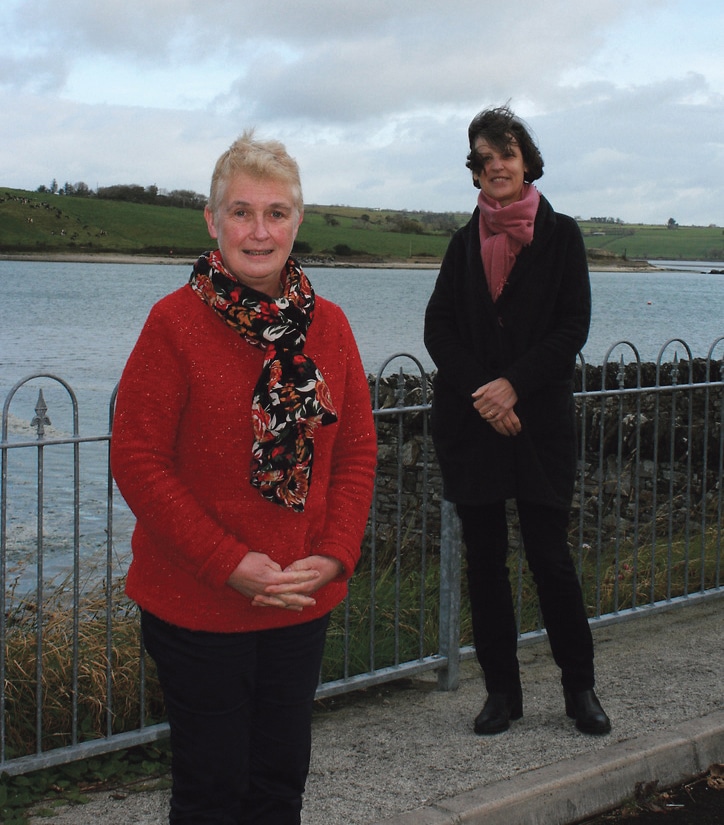