Grace O’Riordan speaks to Mary O’Brien at her workplace, The Olive Branch, in Clonakilty, about living with Crohn’s Disease and managing the condition without medication. Grace has been working at The Olive Branch for almost six years and is passionate about healthcare and wellness.

“I love helping people to get to the root cause of what ails them,” Grace says enthusiastically.

Grace was diagnosed with Crohn’s in 2004, an inflammatory bowel disease (IBD) that causes inflammation of the digestive tract, which can lead to abdominal pain, severe diarrhoea, chronic fatigue, weight loss and malnutrition. “Knowing what it’s like to feel so unwell makes it easier to listen and understand people that come in to chat and get help with an illness they are struggling with,” she says.

Although the disease was in her family – her younger sister was diagnosed with Crohn’s in 2002 – Grace suffered for many years before finally getting diagnosed when she was 24.

“I had severe allergic reactions all my life, which I’m sure now was the first signs of my body attacking itself due to the autoimmune disease,” explains Grace. “I was regularly covered in rashes from head to toe.” Grace was in a lot of pain daily but it was when she started bleeding that she knew something was really wrong. “I wasn’t absorbing or digesting much. Food became something that I almost feared because it caused me so much pain,” she says.

After being diagnosed Grace was put on a lot of medication, including an immuno-suppressant but she still felt really unwell. “For four years I bounced between my doctor and consultants, until eventually one of the registrars really listened and changed my medication,” she says. “Once I was on that long enough I turned a corner, I started absorbing food and nutrients, and my energy and weight came back up. Not a hundred percent but enough to feel more normal again. I’ll never forget that hollow and unnourished feeling I had all the time”.

As you can imagine, managing a condition like this can make getting through college and work very difficult. However, Grace successfully qualified as an architectrual technician alongside studying reflexology and different massage therapies.

She also met and married Anthony and the couple have two beautiful children.

It was around this time that Grace decided to come off her medication.

“Before starting a family, I made sure that I was off the medication (an immuno-suppressant used in cancer treatment) for over a year beforehand”. Grace started working with Rhoda Kingston, a naturopath and herbalist, and her life changed for the better.

“Rhoda helped me so much. I really felt like I was cleaning out my system and nourishing myself with vitamins and minerals that I was lacking in like B12 and folate. I got my liver working properly again with the help of the herb Milk Thistle, a wonderful supplement for the function of the liver. I swear by it.” Grace is also very passionate when it comes to probiotics. “We have about 39 trillion bacterial cells in our bodies and only 30 trillion human cells; they outnumber us so you want the good bacteria to be dominant. You may have to be on a lot of medication and in that case what’s important is replensihing what’s being depleted or eliminated from your system like the good bacteria.”

Studies have proven that the brain has a direct effect on the stomach and intestines. This connection goes both ways. Millions of nerves and neurons run between your gut and brain. Neurotransmitters and other chemicals produced in your gut also affect your brain. By altering the types of bacteria in your gut, it may be possible to improve your brain health. “I read recently that some psychologists are getting a stool sample first before they do anything else,” says Grace.

“There are lots of different probiotics, which suit different conditions. We’ve had great results in the shop with Optibac’s Bifobacteria and fibre for constipation in children and adults aged one and over.”

“Or if you’re on a statin for example to help lower your cholesterol levels, you probably should be taking CoQ10 as well, as statins have been found to reduce the amount of naturally occurring coenzyme Q10 in the body, which is vital for energy production in the cells especially the heart. I’d never tell anyone to come off medication and you can’t always take a supplement, as there might be a contra-indication between a medication and a herb. You have to be under guidance when supplementing if you have a serious health condition.”

Digestive Enzymes also provided a lot of relief for Grace. Natural digestive enzymes, such as lipase, amylase, and protease, aid in breaking down fats, proteins, and carbohydrates. Additionally, enzyme supplements can be taken to help improve digestion.

“I did flare up post pregnancy,” she says. “I became inflamed, with a lupus type condition. I was very stiff and struggled to unfold my joints, they were so swollen and sore, it made getting downstairs in the morning quite difficult especially if I was holding the baby.”

Again, she managed her condition with the help of Rhoda and the right food and supplements.

“I have to avoid wheat like the plague,” she says with a grimace. “For years I kept eating it but it got to a point where I was in so much pain, it felt like my guts were actually twisted. I finally realised that it’s not worth the pain. I can tolerate a little bit of sourdough spelt, which is a native grain to Ireland. Legumes and the nightshade family (tomatos, aubergine, peppers, chilli, potatoes) are other foods she has to avoid.

“Over the years I have eliminated household toxins and changed everything over to natural products and stopped wearing perfumes, I use pure essential oils instead. I changed my skincare to Dr.Hauschka and will never look back.” The couple turn off the WiFi and mobile phones in their house every night, as it’s possible that EMF exposure can disrupt sleep patterns and undermine your immune system. “All of these add up to taking pressure off the body, so it has less to detox everyday,” says Grace.

“Stress can big a big trigger in autoimmune diseases, it really helps to manage daily stresses. I was so lucky to get to study under Jody Mountain who does intensive training retreats in Lomi Lomi Nui, an ancient form of Hawaiian bodywork. This helped my massage practice immensely and how I manage and view the world around me. Getting the whole family up, dressed, fed and out the door to school and work on time can be a big thing if I’m not feeling well”

Fortunately Grace has never had to go back on her medication and is a picture of glowing good health.

“I’m feeling better off the medication,” she says simply. “I’m managing my diet and stress levels and supplementing with things that I know I’m low in because of absorption issues.”

Tue Apr 9 , 2019
Chief Superintendent, Con Cadogan, An Garda Síochána, is pictured above with Jason Hawkins, CEO Carbery Group and Peter Fleming, Chairman, Carbery Group at the unveiling of the new 14-seater ‘West Cork Garda Community Bus’, which has now taken to the roads with the support of Carbery Group. Officially part of […] 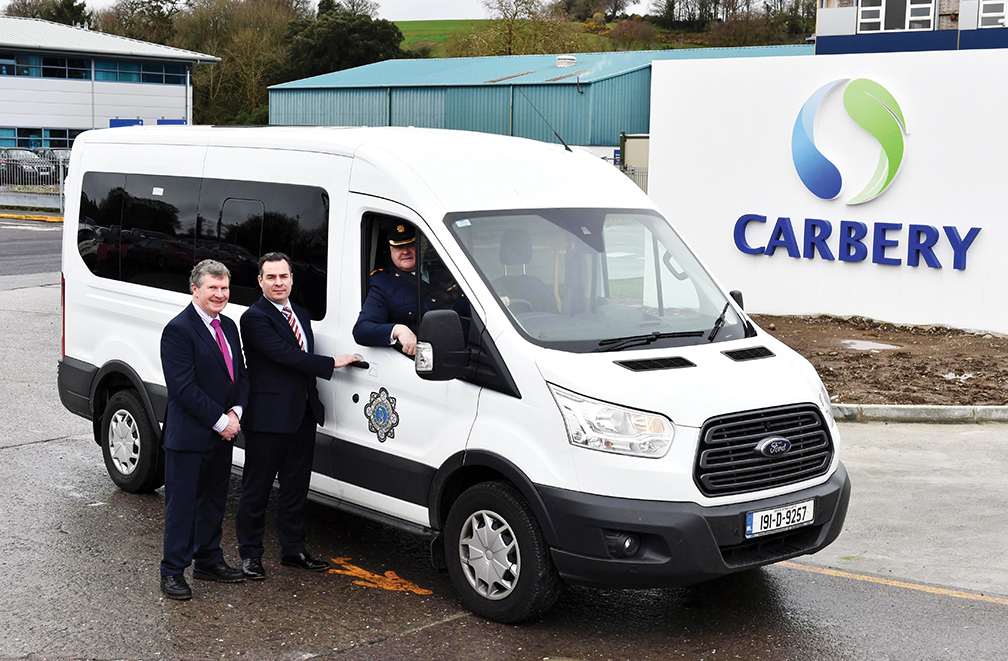