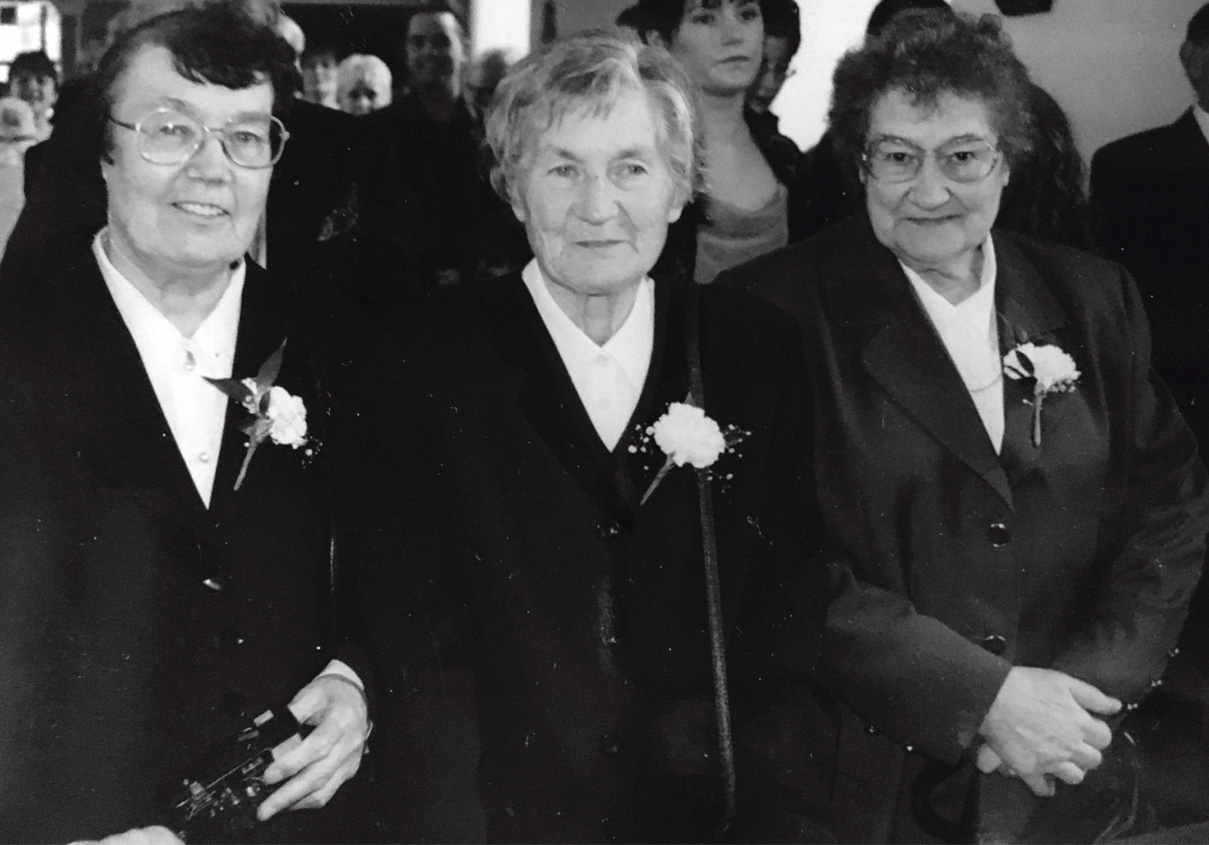 “The Daughters of Charity live their commitment to God through service to people in need and through working for a more just society. In the spirit of their founders St Louise de Marillac and St Vincent de Paul they strive to make a difference in the world of people who are poor, disadvantaged or discriminated against. In partnership with others they provide comprehensive, caring and collaborative services in a transparent and responsible way.”

Sr. Maura Cullinane from Kealkill in Bantry celebrates her 100th birthday on March 20. A member of the Daughters of Charity community since December 1, 1938, Sr. Maura, now retired, resides in a nursing home in Dublin.

Referred to affectionately by many who knew her in Bantry as ‘the flying nun’ for her swiftness on the road, Sr Maura loved the freedom that being able to drive afforded her. She was a common sight on boreens on trips home to Bantry, often referring to herself as being as “free as a bird”, especially when in the driving seat.

Member of the Daughters of Charity make annual vows throughout their life, which leaves them always free to leave, without need of ecclesiastical permission.

The traditional habit of the Daughters of Charity, which Maura wore in the early days, was one of the most conspicuous of Catholic Sisters, as it included a large starched cornette on the head, from which they became affectionately known as ‘God’s Geese’. This was the dress of peasant women of the neighborhood of Paris at the date of the foundation.

Sr Maura’s nieces, Mary O’Sullivan and Mary McCarthy, both fondly recall their aunt as being a very open-minded and good-natured spirit with a great sense of humour, who loved her homeplace and her family dearly. “Her pockets were always filled with sweets,” recall her nieces nostalgically.

“Twenty-one-and-a-half years,” replies Sr. Maura with a twinkle in her eye when asked her age today.

In reality approaching the great age of one hundred years, Sr. Maura looks back with joy on her life, which she says she has “thoroughly enjoyed”.

One of seven (her siblings were Kitty, Sheila, Eddie, Nell, Dan, Den and Anne), “I’m from a very happy family,” she comments. “I’m very blessed.”

“I’m very grateful to God for it,” she says. “Being a Sister of Charity was the one thing that I chose for myself and it made me very happy. I was free as a bird.”

After getting her calling, Maura spent over seven years in the Daughters of Charity community in Blackrock, Co. Dublin. Her mother and sister Sheila would have travelled up to see her before she spread her wings to the community at Rosewell in Scotland and she also spent time in the Daughters of Charity house in Paris where she trained as a nurse. She spent a number of years at different locations in the UK, and in Scotland where she learned to drive.

She was well into her eighties before she retired; her final years working were spent caring for Alzheimer’s patients in Rickard House on the grounds of her convent. Her amazing ability to connect with her patients spoke of her open and loving nature.

After spending a short time as a patient herself at Rickard House, in 2013 Sr. Maura moved to Highfield Healthcare nursing home, where today she happily resides and with great affection on a daily basis recalls the olden days in Bantry.

For years she returned to Bantry every August for two weeks, travelling the length and breadth of West Cork visiting friends and relatives during each visit.

“She loved home and she loved family and seeing and hearing about all her nieces and nephews and later on her gran and great gran nieces and nephews. She came back to Kealkill any opportunity she got,” says Mary (O’Sullivan).

Shanacrane, where her mother came from, was a favourite spot, to visit the late Dan Manning and then on to see the late Ted Hurley, her first cousin. Lady’s Well in Kealkill, Gougane Barra, Barley Cove and Eagle Point in Ballylickey were all preferred haunts – anywhere that was by the sea.

When she wasn’t home, she was a voracious letter writer; there are few who haven’t received a letter from her over the years.

“She must have written hundreds and hundreds of letters,” say her nieces.

One of her letters, to her younger sister Nell on December 1, 1951, mentioned their bother Dan who was stationed in Korea with the US army at the time.

It read, “No doubt you will have heard the good news of Dan’s homeward trip. There has been a weight lifted from my mind since I got word and poor mother says it is the best tonic she could get after her illness.”

Further down, “I had a long letter from Dan about a week ago. He was just sitting out on a 36-hour train ride to Tokyo and expected to leave there either by plane or by boat for USA, intended to get discharged from California and to pay a visit to the Kearney family and Bishop Manning and also to greet that lady who seems to be so interested in him (Dan went to marry said lady) I’m looking forward to his next letter.”

Her sense of humour is evident in the letter!

The last time she drove to West Cork herself was in 2001. After that, she got the train to Cork, the bus to Ballylickey and then she drove herself around West Cork on the visit. She celebrated her 90th birthday in West Cork in 2010 and made her last trip down from Dublin in 2011.

After retiring, she continued to hop on the bus into the centre of Dublin and walk ‘free as a bird’ around the city.

To this day, she loves arts and crafts, reading, music and theatre. “She was often heard singing ‘One day at a time sweet Jesus’ in the car,” recalls Mary (O’Sullivan) smiling.

She still gets out and about every Sunday when a very good friend comes to take her for a drive.

“You’ll hear Maura before you see Maura in the nursing home,” says Mary (McCarthy) “because she is always laughing.”

She is perhaps closer in spirit to twenty-one-and-a-half years than one hundred!

Mon Mar 9 , 2020
It’s that Spring time of year again. The light is back. The winter cobwebs are suddenly visible everywhere, and I am infused with house cleaning energy. It seizes me every Spring, but this year it has started early and threatens to actually make a big difference. It’s not the weather, […] 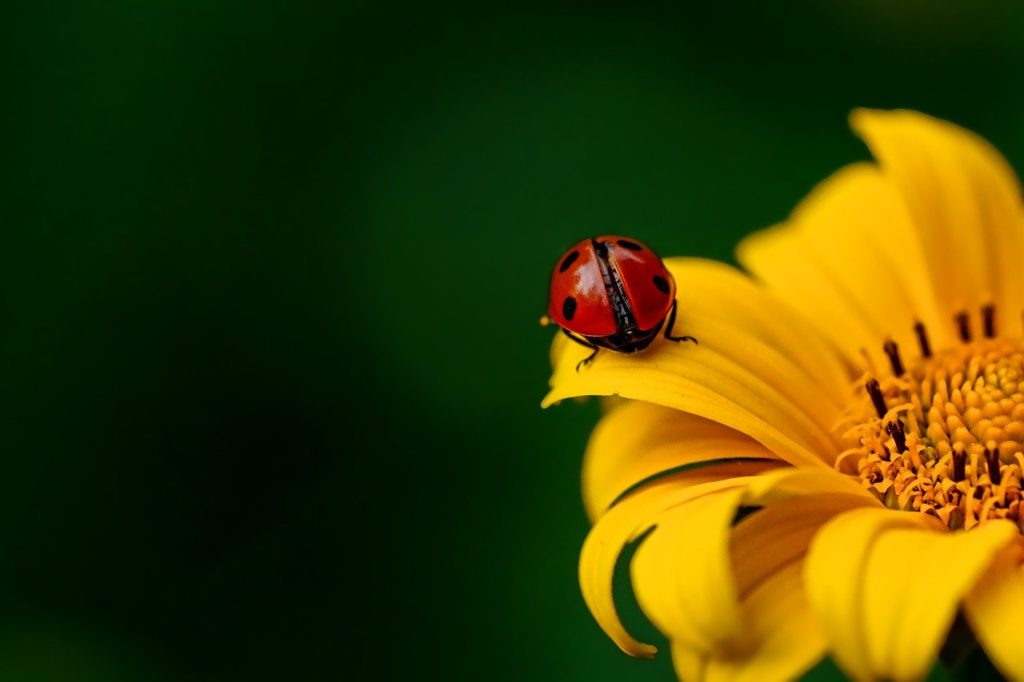