Caught between lost childhood and unrealised adulthood, 12- to 14-year-olds often experience the most conflict-laden, bewildering and challenging years of all. These years may be quite as bewildering and as full of conflict and challenge to parents attempting to understand what is happening, as they are to the young adolescents themselves – torn between wanting and not wanting to be understood. This is a period of new kinds of friendships, of burgeoning sexuality, of changing interests and beginning awareness. It is a time of transition from a place in the family to a place in the outside world.

This process of transition and the extraordinary different forms it takes, can become all-consuming. It is a time of anxiety, apprehension, of the fear and thrill of the unknown. It is a time when, physically, growth is occurring more rapidly than in any other stage except in the womb and when, alongside that, changes in mental and emotional growth are at their most insistent and most demanding.

Boundaries are being tested, assumptions questioned, losses endured. The 12-year-old ‘child’, newly out of junior and primary school, is struggling to relate the old world to the new, undergoing and intimidating and intoxicating rite of passage, clinging to the familiar, fascinated by the untried. By 14, ‘the young person’ may seem to have abandoned childish things and be precariously launched into personal and social world of immense complexity, but as yet with no certainty, no clear goals, no firm direction. The central pre-occupation is one of personal identity: ‘Who am I?’

Most parents will recognise that the 12–14-year-olds, each in his or her own way, are going through dramatic changes and that the task of adapting to these changes is a turbulent one, for child and parent alike. Perhaps harder to recognise is the fact that change is involved for themselves as well. Many parents will have been developing with their child all along. At this age, however, it becomes evident that the understanding that is so crucial to the child’s sense of security and self-esteem is based more firmly than ever in the parents’ continuing ability to share what they thought they knew, to bear not knowing, to examine themselves, to learn from experience and perhaps especially, to tolerate rejection – be in the form of withdrawal, negativity, abuse or duplicity – in the hope that this may temporarily be the path that separation takes.

How can all this be thought about, be understood? Despite the multiple problems that assail child and parent alike, understanding what is likely to be going on for young people of this age may suggest ways in which parents may better enjoy, help and protect them. Young people are finding their own unique ways of negotiating the strange process of finding a sense of authenticity, which may turn out to be very different from what they or their parents expected. This is an age that is increasingly dreaded by parents, and increasingly marked by intense struggle on the part of the youngsters. The result of the struggle can be both enriching and damaging. At best, the weathering of these turbulent years, through resilience, understanding, tolerance and honesty, may often expand and deepen relationships between parents and children, enabling each to separate, to grow, to change and to establish the basis for lasting friendship and mutual respect.

Elliot Page: Star of Juno felt a sense of responsibility to share his truth

Tue Apr 6 , 2021
By Mark Holland Canadian actor Elliot Page features on the cover of the Patrick’s Day (week) edition of Time Magazine to talk about his life’s process transitioning. At around nine years of age he remembers the feeling of triumph at getting his hair cut short for the first time and […] 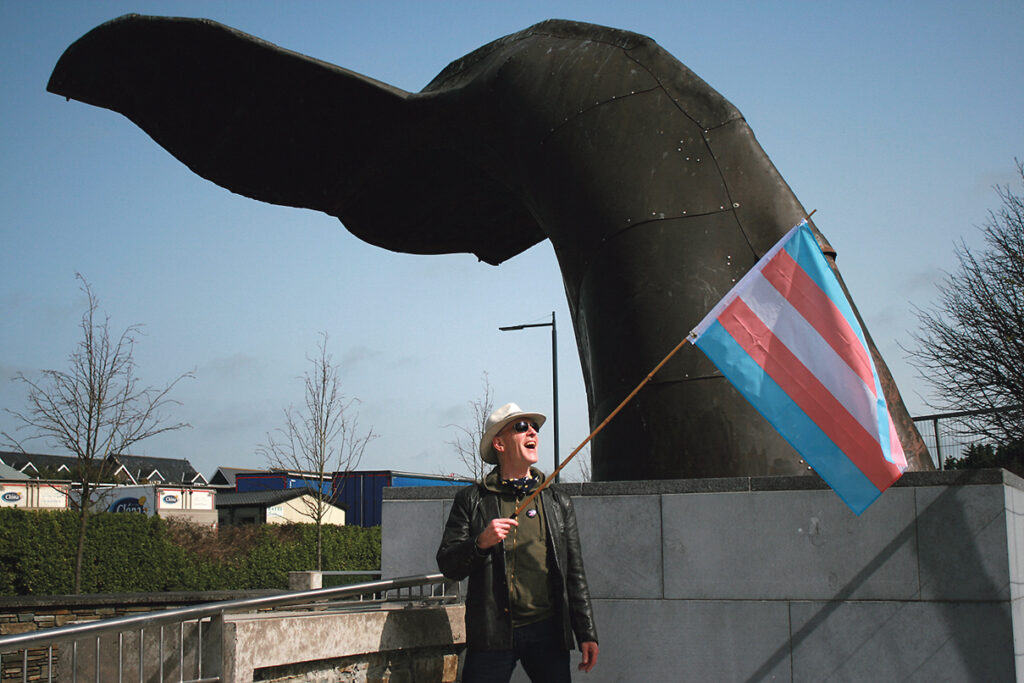