Canadian actor Elliot Page features on the cover of the Patrick’s Day (week) edition of Time Magazine to talk about his life’s process transitioning. At around nine years of age he remembers the feeling of triumph at getting his hair cut short for the first time and asking his mom if he could be a boy some day? Twenty-five years later he has transitioned into Elliot and it’s been a complicated journey. He says that feelings of excitement and gratitude to have made it to this point are mixed with fear and anxiety. In the context of the US, increased social acceptance for transgender people comes with a conservative backlash at a ‘craze’, and artists like JK Rowling are using their profiles to oppose transgender equality in the name of feminism. In the States, now gender identity is becoming a political football; but for us here the details are less important than opposing discrimination against anyone for what they are, particularly vulnerable minorities; and always keep in mind that to do nothing is to side with the powerful elite.

Currently starring alongside our own Robert Sheehan in the hit Superhero series The Umbrella Academy, Page has had a long, hard road to stardom. Long in that he landed his first role in Pit Pony at the age of ten, hard in that some of the roles along the way required a pretty deep dive. Like 2005’s Mouth to Mouth, and later that year, Hard Candy, where he played a fourteen-year-old vigilante girl’s entrapment of a predator in his own home. And though we all eventually came to love him for playing the quirky Juno two years later, popularising the term ‘pork sword’, there was a lot of himself in that role, which had to be unguarded and revealing to make it real. By the time it came to Inception three years later, he, as anyone would, was struggling to cope with the spotlight. Page refers to the industry placing crushing standards on actors and viewers alike, imposing stereotypes of how females and males are all supposed to act, dress and speak, that serve no one.

He came out as gay in 2014, and married choreographer Emma Portner in 2018. This was an empowering process that also gave him more professional agency, getting into production, and getting cast in more appropriate, relevant roles. He felt better but the discomfort in his body did not go away. The isolation forced by the pandemic, Page says, gave him time to really focus on things he had subconsciously been avoiding and eventually embracing the revelation that he is transgender let him fully become himself. “Fathoming one’s gender is complicated” and he acknowledges the inspiration he got from people like Janet Mock and reading books like P. Carl’s Becoming A Man. In a heartfelt letter posted to Instagram last December he disclosed that he is transgender and this interview with Time is the first public comment he has released since then. He divorced from Portner earlier this year but the two remain friends. He expected applause and vitriol, anticipated support and phobia but not quite this much of it; he gained 400,000 new followers on Instagram on the day of his announcement and thousands of articles have been written, apart from this one, worldwide! Bigots lambasted their rhetoric about ‘women in men’s locker-rooms’ while casting directors reached out to say it would be an honour to have Page in their next project. Netflix were the first to come out on the day of his announcement to offer to change the credits on The Umbrella Academy so that now the first thing you see written on the screen at the end of each episode is ‘Elliot Page’.

In the US, with increased transgender visibility, transgender rights are being used to promote political agendas. Transphobia is also on the rise in the UK, as discrimination in employment, housing, medical care and the associated poverty. Page implores people to educate themselves about trans lives, and the crucial role that medical care plays in them. He is “…really excited to act, now that I’m fully who I am, in this body. No matter the challenges and difficult moments of this, nothing amounts to getting to feel how I feel now”.

Just celebrate all of the wonderful complexities of people!

A common plant with much value

Tue Apr 6 , 2021
This morning I noticed the above plant growing on the wall of an old stone building. It is a familiar plant and its botanical name is ‘Umbilicus ruperstris’. It is more commonly known as wall pennywort or ‘Cornán chaisil’, ‘Cornán Leacáin’, and ‘Lus na Pingne’ in Irish. This is a […] 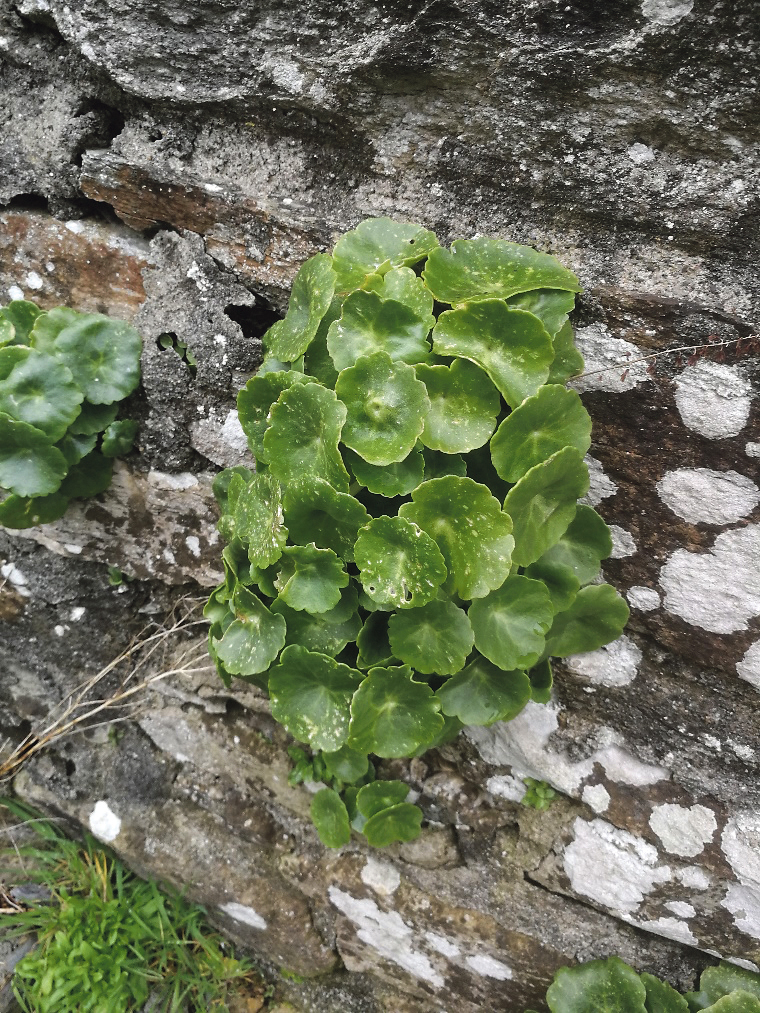