The River Lee rises in the Shehy mountains almost a hundred miles west of Patrick’s Bridge where we cross over into Cork City’s Victorian Quarter. Her name, as she flows gently out to sea, might have come from ‘Luighe’, the son of a Milesian noble. Legend has it that the Milesians were the Gaels who came from Spain and when they arrived in Ireland, the Milesians took the world above, while the Tuath Dé kept the world below.

Today, the Victorian Quarter is home to over a hundred businesses. We pass Da Mirca’s Osteria, Vibes and Scribes shop, Gallaghers on the corner. Turning on to MacCurtain Street, the vibes are worldy and welcoming. Each name has brought something of the wider world to the street – Sultan’s Delight, The Spice Route, White Rabbit, and across the road the gush of water cascading down the old quarry face at the back of Isaacs Hotel.

A woman is awkwardly opening a map and catching its folds as the wind threatens to whip it away. A man in a top hat and tails comes to her side, catches where she is looking for, speaks words and directs her towards her destination. She is smiling as she walks away. John Coleman, the Metropole Hotel Cork’s concierge, is working today.

“I’m from a small village in East Cork, Killeagh,” he tells Brendan McCormack in the gorgeous expanse of the reception area. John is constantly watching the guests coming and going. Has anyone looked up with a question on their lips?

“I always wanted to work as a guest relations manager and thought I never would. Two years ago, the Metropole gave me the opportunity to create this Concierge role. I love it. If you’re comfortable in your own presence, as I am, you’ll make people feel comfortable too.”

The Metropole Hotel Cork has recently been reclassified up to a Four-Star Hotel. Over €3 million has been spent and you can feel it in luxury and comfort that surrounds us. Guests are arriving and being checked in. Waiters move about with trays of morning coffees and pastries.

“I am the only employee not involved in operations. It does not matter how many are staying with us. My focus is always on the individual. I love helping people find what they are looking for. If a guest wants something, I’ll make sure they get it.”

He waves his hand around. “Without guests, it is just a building.”

“Each guest brings something new. I had a woman who used come here as a small girl. Her father worked here. Mr Musgrave, the owner, used to leave a shilling for her each week in a particular place. You should have heard her telling the story of how she would run through the hotel, up the corridors, breathing in the smells of Hadji Bey Turkish delight from next door, her excitement until she found that shilling. Those stories are still here.”

Opened in 1897, and owned by the famous Musgraves, The Met, as it was always known, has been a feature of Cork familiar to everyone who has passed through this characterful city. That tradition is still here in the newly refurbished bar and restaurant. ‘The MET’ is, as always, the place to meet, eat and drink.

“Our guests are all people with different reasons for staying. Some are actors playing in the Everyman or the Opera House. Quiet rooms, no disturbances early in the morning, special teas for their voices. Some are big personalities doing morning radio interviews. A late check out allows the time to come back and relax before moving on.”

Names? He laughs. Discretion is a virtue here.

“Everyone has an individual story,” says John. His voice quietens. “People come for many different reasons. A couple were coming down from the North. I always ring to check with guests before they arrive. She told me of the traumatic experience they both had suffered. I knew that when they arrived, I would be there waiting for them. We had tea and scones ready. I had a small plant with yellow flowers in their room – for remembrance – and a card inviting them to find their own space in the hotel. This woman rang me after – to say we had saved them. They had found care and space.”

Other guests are on business. Those travellers who live almost as much in hotels as they do at home.

“I have a corporate guest who sends his luggage to me on a Friday and he arrives on Monday. When he arrives, everything is laid out and arranged in his room as he likes it. His wife came with him two weeks ago and she said she’d never do that for him at home!”

John is always ready to lay out a plan for an evening of food and entertainment all within minutes of the hotel for any guest.

“They will know you are coming and that makes all the difference because all of the best places in Cork know me and I know them.”

He’s ready at reception to engage with his guests, to be curious about what they need and want, to show that ancient art of Irish hospitality.

Roger Russell is the General Manager. Bright and confident. Roger has over 20 years of experience in hotels.

Is there something special about Cork?

“Cork is different – each part of Ireland has their own unique personality and way of doing things. Cork people are naturally friendly and very curious. We were recently voted third friendliest city in the world.”

The Metropole Hotel Cork is at the heart of Cork’s development into a modern, thriving and desirable destination for travellers, investors and anyone looking for a great time.

“We decided where we wanted to go – and we started to work together towards that. New businesses arrived. Momentum gathered. The Everyman, Gallaghers, Son of a Bun, Boru Bar, Greenes, Isaacs, Vanity Hair – there really is everything on our doorstep.

“It has become a destination. You come up here – everything you need for a night out is here on the street – Japanese, Indian, Italian, the Theatre – and there are more businesses coming. We are always looking ahead.”

“We’re part of a great group of hotels with a very strong and fantastic future – we are all about developing people and careers and bringing people into the industry. That is key. We recently started a foundation in leadership so that we can bring young leaders through in our group. It is a great place to start a career in hospitality if you want to strive for excellence.”

Everyone who comes to Cork stays here. Back in the day, Jack Lynch when he was Taoiseach. Leo Varadkar more recently. Bands that play in the Marquee or Pairc Ui Chaoimh. Foreign leaders like Jacques Chirac. Actors at The Everyman. Guest on Cork’s C103 or Cork’s RedFM. It is always changing – each day different – but welcoming no matter if the sun is shining or a wind is scuttling through the air.

A small journey from West Cork brings you here to a different world. A place on a par with the cities we are too used to flying to when Cork is here on our doorstep. Ray Kelleher is the Group Sales and Marketing Director at Trigon Hotels. He looks after the trio of hotels – The Metropole Hotel Cork, Cork International Hotel, and Cork Airport Hotel. Living in Clonakilty with his wife and family, he makes that short journey each day.

“We get many guests from West Cork. Most of them know me from around Clon. It’s always great to see familiar faces staying here.”

Since Ray arrived at Trigon Hotels a little under two years ago, the The Metropole Hotel has been transformed with all 108 bedrooms refurbished along with a brand new bar and restaurant and tearooms called The MET.

The Metropole has been nominated for a number of prestigious awards including winning Best Cork Hotel at the 2018 Cork Business Association Annual business awards.

“The hotel is now very much in favour and garnering interest from Irish and International Conference and Incentive agents who are looking for that hotel with character, a strong history but also with great customer service and product which we have in abundance and more at The Metropole Hotel Cork,” explains Ray.

The group have another hotel is in the works, which will sit alongside The Metropole Hotel Cork; this will be called The M and will open in 2021, again in the heart of the Victorian Quarter.

The Lee moves on in the morning light. Guests, like the Milesians of old, come from all over to stay and experience Cork City, the Victorian Quarter, The Met. Many will come again and again. It is that kind of place. All the glittering wonders of its stately presence are all there for the guests.

The Everyman Theatre – dreaming of us since 1962

Tue Aug 6 , 2019
“I love living, I have some problems with my life, but living is the best thing they’ve come up with so far.” Neil Simon The Odd Couple by Neil Simon runs at the Everyman Theatre on MacCurtain Street until August 17. Not such an odd couple – theatre and this […] 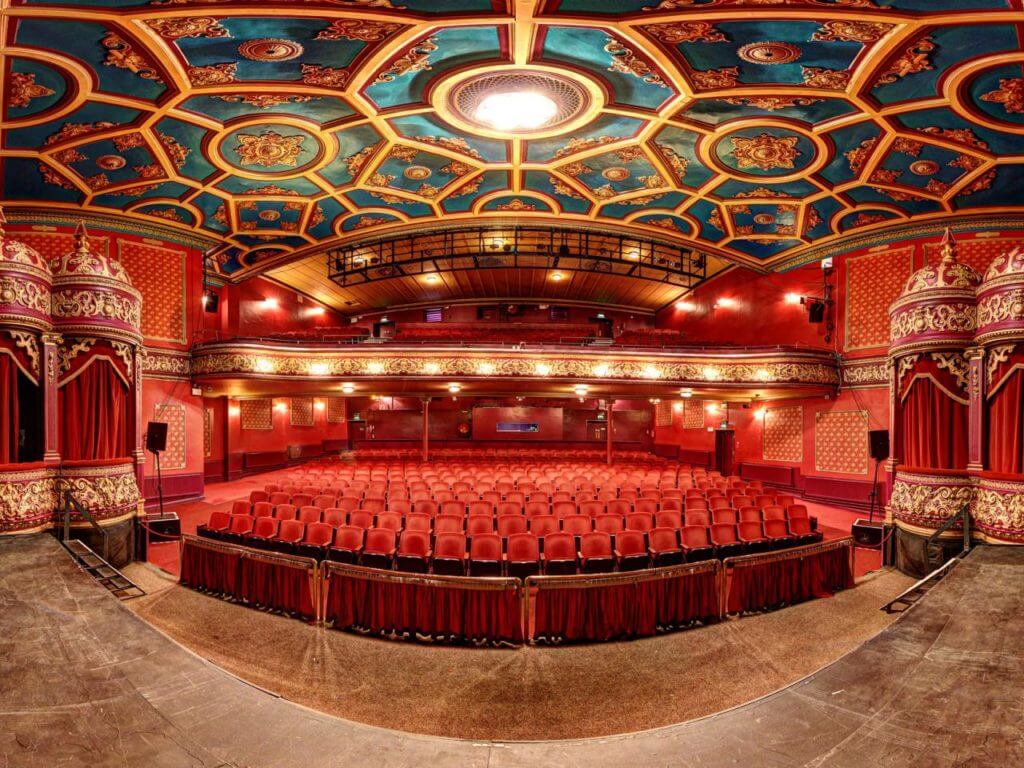