“I love living, I have some problems with my life, but living is the best thing
they’ve come up with so far.” Neil Simon

The Odd Couple by Neil Simon runs at the Everyman Theatre on MacCurtain Street until August 17. Not such an odd couple – theatre and this beautiful city on the Lee. The Everyman dreams about us all and invites us in to that most primal and elemental of the arts – the theatre, our theatre – alive today in Cork, in the flesh, and true to the inquiring and expressive spirit of this life. Brendan McCormack meets up with Aidan O’Shea, one of the founders, in the Met Bar for coffee. Outside, the Victorian Quarter is alive with life and the street is alive with Act 1 of a day in the life of Cork City.

A pharmacist by day, Aidan has been actor, play director and scene carrier for the past 50 years, as the Everyman moved through Cork City on its colourful and theatrical journey to its present location on McCurtain Street.

“As a wide-eyed teenager in Cork in the mid 1950s, I revelled in all of these wonders, and in the transforming power of art. By that I mean the way in which art seeks out beauty, colour, harmony and ecstasy, making the mundane sublime and unforgettable.”

“People who were teachers, office workers, pharmacists or lawyers by day became actors, directors and designers at night.”

“Everyman built up a loyal support base at CCYMS from 1963-72, featuring plays by Pinter, Becket, Jean Anouilh, George Bernard Shaw, Federico Garcia Lorca, Ibsen and Chekhov. Many of these modern classics were first productions in Cork. This also was a period fertile with new and exciting plays,” says Aidan.

‘It is the very mark of the spirit of rebellion to crave for happiness in this life’
Ibsen, Ghosts.

“When I revisited the 1965-66 programme, I realised that I acted in Ibsen’s Ghosts and in Denis Johnston’s Dreaming Dust, based on the life of Jonathan Swift. In addition, I directed Summertime by Italian playwright Ugo Betti and Albert Camus’ wonderful Caligula. I was 22-years-old at the time!

“Of course, not everything on stage went to plan. During the production of Caligula, based on the life of the dissolute Roman emperor, we wanted to convey that the emperor was also worshipped as a God. So we decided to have a votive flame burning in homage to the God/emperor. This was achieved by an ingenious contraption consisting of a drum of bottled gas under the imperial throne, some rubber tubing taped to the stage floor and a decorative stand surmounted by a bowl. All went well until the second night, when a senator paying homage to Caligula trod heavily on the rubber hose, quenching the flame. None of the actors noticed, but those off-stage heard the hissing sound of gas under pressure emerging from the bowl. PANIC STATIONS ENSUED!! A minor character was tugged offstage, armed with lighting taper and pushed back on to reignite the flame. Backstage staff cowered as the taper was applied. A dramatic plume of flame shot up, startling even the God/emperor. Fortunately, the plume subsided without igniting the entire cast. We breathed once again.”

‘But – I cannot make a choice. I have my own sorrow, but I suffer with him, too; I share his pain. I understand all – that is my trouble.’
Camus, Caligula

The success of this new theatre outgrew this first location and a new venue had to be found.

The result of their search was that an agreement was reached with the Capuchin Friars to lease and renovate Father Mathew Hall as a new base for Everyman.

Throughout the warm summer of 1972, a volunteer army worked for Everyman to redecorate and recondition the 420-seat theatre. A public appeal raised £12,000 for the effort. On November 1, 1972, The Everyman Playhouse was officially opened by film actress Angela Lansbury. The opening show was Bernard Shaw’s Arms and the Man directed by John O’Shea.

“Many others went on from this chapter of Everyman to professional theatre careers. They include international stage designer Bob Crowley, and actors Fiona Shaw, Frank Twomey, Mark O’Regan, Kieran Aherne, Frank Mackey and Pakie O’Callaghan. Vincent Hanley (now deceased) went on to be a pioneering TV presenter of MTV and Bill Hobbs is now a TV personality commenting on consumer affairs. Graham Norton appeared once in several musical shows!”

‘Production after production showed a growing knowledge of the trade, and a structure emerged showing hallmarks of genuine excellence, so that one began to feel the presence of something created out of the local bone, and potentially more significant than other theatrical enterprises.’
Mary Manning, theatre critic of Hibernia.

By the late 1980s Everyman was forced to search for yet another venue. The growth in cinema and the emergence of multiplexes worked this time in its favour. A once glorious theatre on MacCurtain Street was closed and derelict. A forgotten ghost would soon be brought back into the world.

Two variety shows per night were offered, and the balcony had simple wooden benches, giving a total audience capacity of 1,000. The theatre itself is spread over an irregular site described as “12 and 15 King Street and 14 and 15 Patrick’s Quay.”

The main section of the site was a coal store owned by Alfred Dobbin of Dobbin, Ogilvie and Co., fuel, grocery and drug wholesalers. This name can still be seen on the Patrick’s Quay façade of the theatre.

What kind of shows did the music halls offer? “A typical programme would include comic sketches and long monologues in verse mingled with light, classical and popular music, saucy patter songs, acrobatics, circus animals, magic lantern shows and popular stock characters like the drunk or the henpecked husband. Smoking, eating and drinking were allowed in the music halls. Audiences were often boisterous, heckling and joining in the chorus of well-known melodies. The greatest fun was found in suggestive but apparently innocent scripts.

“However, by the late 1980s The Palace was closed and derelict. Some of its decorative plaster and ornate boxes survived, but changing popular taste hinted at a grim future of demolition. It had a frail claim to heritage status in its faded plush and gilt. In a remarkable act of generosity, Abbey Films Ltd. sold the Palace to Everyman Playhouse Ltd. for a payment of £10,000 per annum over 12 years, a total of £120,000, interest free. This was an absolute bargain in terms of its potential as a venue for live theatre. The only stipulation was that films would not be shown.”

Once more the amateurs of the Everyman rose to the challenge, and with the help of Cork Corporation, The Heritage Council, The EU and The Arts Council, they worked for the next three years to bring theatre to Cork City again. Several plays, including The Green Fool by Patrick Kavanagh helped raise the necessary funds.

Aidan recalls, “When I was in Dublin in the 1960s, I used visit a small bookshop on Baggot Street bridge, run by a couple of maiden aunts, and there I saw Patrick Kavanagh, the great poet, haunting the shelves. I bade him good morning, as you do, and he grunted in response. A grumpy, dishevelled man – like the Bull from JB Keane’s The Field – but he had a beautiful poetic gift. Years later when raising funds for Everyman in the late 80s, I wrote and directed an adaptation of his autobiography, The Green Fool, and they let me use it without having to pay anything. It ran and ran and we took it all over the county. It raised a huge amount when we needed it most.

“Our new theatre opened to acclaim on Monday, March 19, 1990 with a production of Myles na gCopaleen’s The Brother starring Eamon Morrissey. It was a remarkable achievement to reopen a derelict cinema as a venue for plays and musicals. The faithful restoration of the Victorian plush and gilt was a revelation, as The Palace had a very modest façade on the street. At a later date the foyer bar was restored and it displays many mementoes of the old music hall days. In 1996, Cork Corporation approved the replacement of the cast iron canopy on the street frontage. The fine stained glass detail of the canopy is by James Scanlon, making an emphatic statement that The Everyman Palace is back in business. Tribute must be paid to the voluntary directors whose audacity, tenacity and endurance launched this chapter of the Everyman story.

‘How strange a thing like that happens to a man. He dabbles in something and does not realise that it is his life.’
Patrick Kavanagh

“For me, Everyman Theatre has been a workshop of the arts, an aesthetic and social frame within the life of Cork city, and a vista on world theatre. Our lasting legacy is the 200 or so productions spread over five decades. For me, it always about that magic moment when the houselights dim and the audience falls under the spell of a live show at the Everyman. This indomitable spirit will live on.” 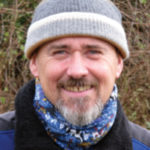 Brendan McCormack is a features writer for the West Cork People.

Catch a glimpse behind the stage curtain on The Everyman Tour

Tue Aug 6 , 2019
Every Wednesday and Saturday at 1pm, The Everyman invites you to step behind the curtain on the immersive back-stage tour if the theatre. Today’s tour guide is local actor and performer Damien Punch. His sidekick Jimmy Bray will undergo transformations as move through this old and still glorious building. We […] 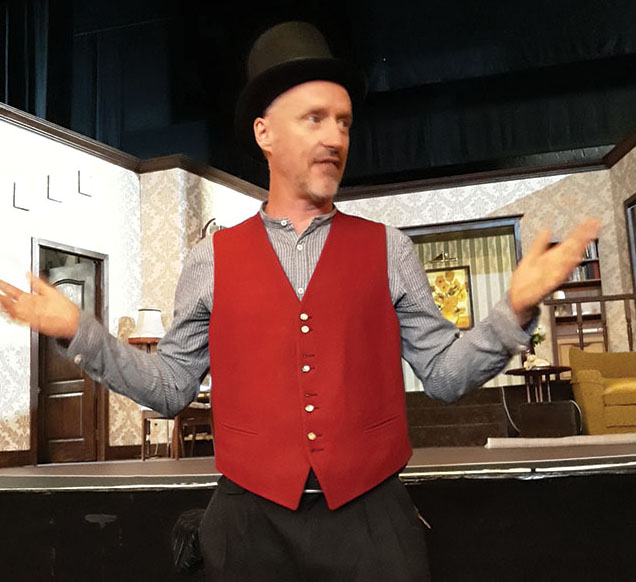