Anyone who has attempted to follow their Irish ancestry knows that it can be tough going. If records exist and you have West Cork ancestry, you have access to excellent and free online sources. In the month of St Patrick’s Day, it is worth reviewing how unlucky the Irish have been in terms of historical documentation. DNA testing can fill a few gaps, but that is naturally limited when the paper trail may not exist.

In terms of church records, it was not until the early part of the C19th that Catholic dioceses were persuaded to keep church records. In West Cork, the start of records varies from the late teens to early 1820s. Even then it was limited to baptisms and marriages, not burials. For official government records, in terms of census, only a few fragments survive prior to 1901 and 1911. There are huge holes in our written history.

General Registration for births, marriages, and deaths (otherwise known as BMD) in Ireland started in 1864, a good many years after it started in 1837 in England and Wales for example. Anglican marriages from 1845 are also available. The good thing for West Cork is that most of these records are available online and for free at irishgenealogy.ie. Burials and records for graveyards around Ireland are being documented by wonderful teams of volunteers and listed on websites such as the Skibbereen Heritage Centre. In many cases, these rely on monument inscriptions as few records of those who were buried in unmarked graves were recorded.

While the situation at home is much improved with digitised online records, traditionally it has been even harder for the Irish diaspora seeking their roots; some of whom read the online edition of this newspaper. Through periods of history so many Irish were leaving for the United States or the British Colonies (Australia, Canada, New Zealand and South Africa) that the arrivals system simply recorded the immigrant’s place of origin as ‘Ireland’. The high demand for labour was matched by the same level of discrimination or disinterest.

In rare cases, there might be a county given; sometimes even a town on passenger manifests. If nothing more is known, it can be exceedingly difficult for those overseas to know where to look in Ireland for their ancestors. Due to most names being commonplace, without a family story, a county, town, or townland, it is almost impossible.

Genetic genealogy is starting to help. Projects such as mine build databases of DNA segment matches for an individual supported by a verified paper trail; in this case, back to all the 3x great grandparents of my wife. With her 100 per cent West Cork ancestry within this period any DNA match points testers immediately towards West Cork, so it is possible I can help. Of course, we still have many strong matches we cannot fully explain by paper alone. In a few cases, the database points to families not only in specific parts of the region but also to a specific townland. This has been achievable even with the few datasets shared so far. As discussed previously, there remains a reluctance to share DNA data to these kind of studies even though results can be helpful.

My own Irish heritage is typical of the wider diaspora, starting with an English census record that simply states my ancestor’s origins as ‘Ireland’. I have found the following technique helpful and it may also enable you to find your Irish roots if you have done a DNA test and you are not sure where to look. As part of the diaspora or a recent returnee, unless your Irish ancestor is recent (the last 150 years or so), your key matches will be further down on the match list provided by your testing company. The key is to search through all your matches and note those who have 100 per cent Irish ancestry within a recent genealogical timeframe.

There are many researchers whose parents or grandparents came directly from their homeplace to where they settled and you were born. This will be reflected in their family trees. Make notes of counties and places for each of their roots. After even a few of your closest matches you may already starting pick up a common factor. It can be harder once overseas if your Irish ancestors married into other Irish families (as can the case in the eastern states of the US or the many who went to Butte, Montana), but the other parts of a tester’s tree may only have a single line of Irish descent.

In my case, I found matches to me and my shared Irish cousins all pointing to County Mayo. Although I appear to be related to many families in Mayo and some counties in Connacht, I am yet to attach my Irish emigrants to any specific family group since my ancestors married just a few years before church records began. Also, it is not unusual to have name changes once overseas. My family, which became standardised as McDonald or MacDonald in the UK, were first phonetically recorded as McDonner, which appears to be McDonagh originally in Mayo. I am also aware of an Irish Lowney from Castletownbere moving to South Wales whose family line became Leaney.

A similar DNA process is working for direct emigrants on my wife’s side. Last month I related the story about the Goods. Since then, I have found overseas matches whose international roots include a single direct Good line back to Bandon in the mid C19th. Another lead that may eventually tie my wife to the wider Good family.

You can read more about my Mayo project in the online magazine ‘Irish Lives Remembered.’

Happy St. Patrick’s Day to you and your families, wherever they may be.

Questions and issues that can be answered as part of future articles can be emailed to DNAmatchingprojects@gmail.com or follow the West Cork DNA projects on Facebook ‘My Irish Genealogy and DNA’.

Fri Mar 11 , 2022
Lorraine Dufficey has been teaching Pilates for nearly 20 years, starting in 2005 in Skibbereen and Clonakilty, at a time when few had heard of the method in West Cork. Now this journey has led her to build her own studio in Rossmore near Clonakilty, offering a warm and intimate […] 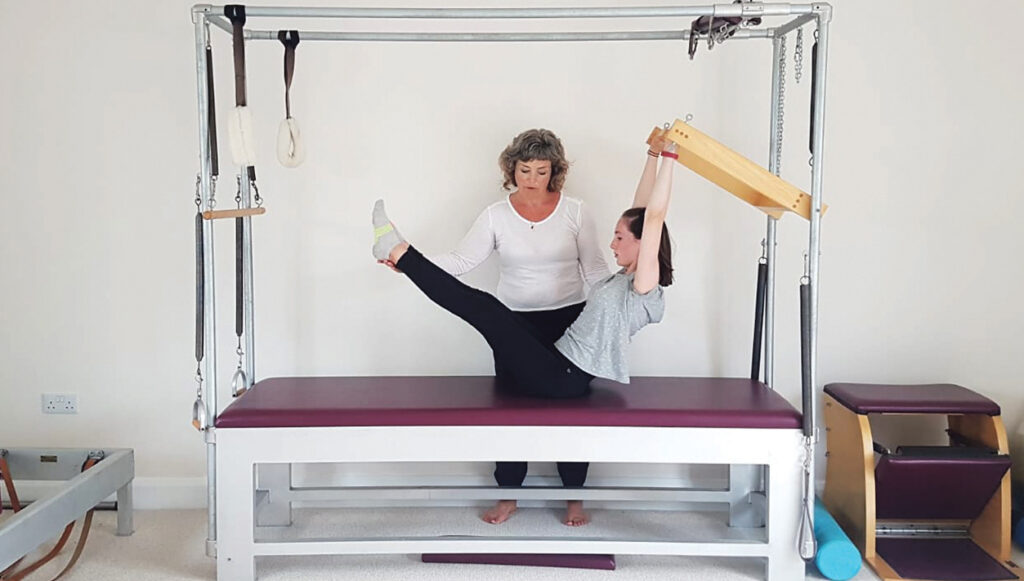