Chinese Medicine has a long history and profound approach to the care of mother and child in pregnancy, that is at once, both esoteric and immensely practical. On the one hand, it is imbued with an appreciation of the tiny new human being in utero as a small cosmos that holographically and symbolically mirrors the greater cosmos and supports an approach to pregnancy that can awaken a deeper connection to the wonder and mystery of growing a child. And yet, it simultaneously has tremendous clinical application to help address many of the issues and aliments that can impact pregnant women, from morning sickness to gestational diabetes with a host of aliments that can occur in pregnancy such as oedema, dizziness, anxiety, insomnia, anaemia, constipation, or intrauterine growth restriction (sub-optimal foetal growth).

In Chinese Medicine, a holistic approach is taken that begins ideally, pre-conception. Yang Sheng, is an aspect of Chinese Medicine that advocates and fosters lifestyle practices to ‘nourish life’. Indeed, the whole Chinese Medicine tradition is as much about cultivating habits, practices and methods to support and nourish vibrant health as it is about treating illness. Traditionally women would embark on an extensive period of pre-conception Yang Sheng, to nourish and invigorate her Blood (the health of Blood is fundamental for both mother and baby), to potentise her Jing or Essence (vital for conception), to strengthen her Qi (loosely translated as life force, which she will need in abundance) as well as balancing and supporting the inter-relationship and function of all her organ systems.

In addition, women were encouraged to create a harmonious ‘palace’ for her forthcoming child with the understanding that the in-utero environment and experience will contribute to the temperament and character of the growing baby. Women were encouraged to cultivate a pure heart, to speak kind words, foster positive thoughts, practice emotional equanimity, live a calm lifestyle and maintain healthy sleep and eating habits. The emotional life of the mother was particularly safe-guarded given the close relationship between emotional states and the limbic system of the cerebral cortex and central nervous system. Thus, the internal emotional environment of the mother was considered a vital factor in the creating a healthy ‘palace’ for the baby to grow in. As such, meditation, mindfulness and relaxation practices were advocated from pre-conception onwards whilst the husband and family were tasked with the role of protecting the mother from the stresses and strains of everyday life.

Fast forward to the 21st century and this can all seem a somewhat unachievable idyll with the relentless challenges of life in the modern era. Nevertheless, it can be helpful to adopt Yang Sheng principles in ways that do feel manageable, and create a more soulful approach to conception, pregnancy and birth.

Chinese Medicine offers an understanding of child development that is both fascinating and clinically useful. It maps the formation of the foetus’ energetic body from the very first cell division, with the primary division from one cell to two halves being the creation of the Ren Mai channel (also known as a meridian) that runs down our front centre-line from the nose to the perieneum, and the Du Mai which runs down the centre-line of the back from the head to the tailbone. The next cell division, which results in four cells is seen as the formation of the Dai Mai channel, the only channel to travel horizontally around the body and intersects our midsection at the waist level. The next cell division, resulting in eight cells, is regarded as being the foundation of the Eight Extrordinary Channels (which includes the Ren, Du and Dai Mai’s), and these are the channels which we use in clinic to treat the deeper psycho-emotional and spirtual aspects of a patient’s health issue.

As gestation progresses, Chinese Medicine correlates each organ system as having a particular month during which it is the primary focus of formation and development, both energetically and physically. As such, a pregnant woman, even if in good health with no pregnancy related issues, would ideally have a monthly treatment throughout her pregnancy to support healthy child-development. Embryology in Chinese Medicine is of course, a huge and fascinating subject and one that is well worth exploring if you are planning a family or are already pregnant, both to gain insight into the deeper aspects of growing a healthy and happy baby but also to support you in doing so.

The ghost of Gainsborough and the power of appropriation

Wed May 18 , 2022
Appropriation is a long-established strategy in modern, post-modern  and contemporary painting. The desire to ‘revamp’, ‘re-mix’ or ‘re-orchestrate’ a masterpiece of old is as complex as it is interesting. Picasso’s appropriations of ElGreco were both a way of identifying with the Baroque master and his greatness, and colonising that greatness. […] 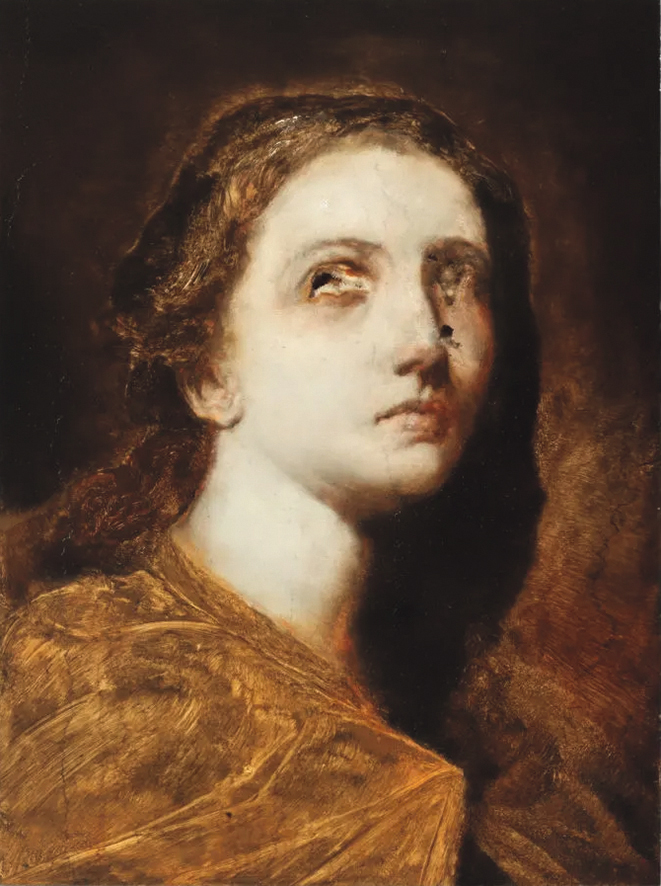