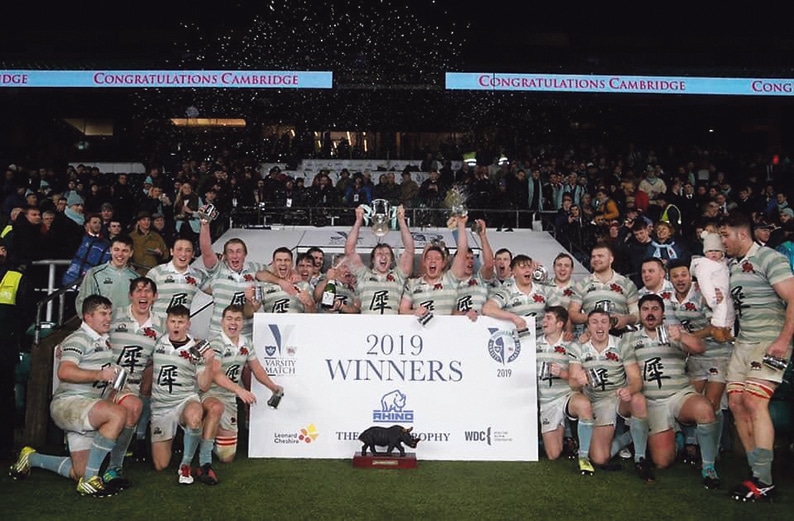 West Cork rugby player Danny Collins lined out on the Cambridge rugby team who defeated Oxford in the 138th Varsity rugby game, which was played in Twickenham recently. John Bohane catches up with the rugby ace who loved playing on the hallowed turf of Twickenham.

The Cambridge University student helped his side defeat Oxford on a full-time score of 15-0. Danny, who was introduced as a substitute, was thrilled to help his team claim a deserved victory. “It was a great win. All the team played very well. Conditions weren’t great on the day. Oxford deserve a lot of credit. They had some dangerous counter attacks, but we dealt with it well. It was a sweet win,” revealed the prop forward.

The Dunmanway native relished playing in the pristine surrounds of Twickenham. Danny lined out alongside a plethora of very talented players, which included a former Australia captain in James Horwill. “It was a great experience. The stadium was unbelievable. The dressing rooms were amazing. You could back a bus into the dressing room. The grass was also quality for scrummaging. It was definitely the best pitch and venue I have ever played in. Playing in the Varsity match was the highlight of my rugby career. The build up to the game was very exciting. It was a very positive experience.”

The former Dunmanway RFC and UCC rugby player played an important role upon his introduction to the game. Danny helped solidify the Cambridge scrum, which ensured they secured a comfortable win. The modest prop forward was delighted to play his part in their success. “I was happy with my performance. As long as I complete the job I’m there to do well, then I’ll be happy. It was a great feeling to contribute to a huge win.”

The West Cork man has made rapid progress in his rugby career in the UK. Danny only moved over to Cambridge last September. He never envisaged only three months later that he would be playing in the annual Varsity game, which is one of the most competitive fixtures on the international rugby scene. He’s delighted with his rugby progress to date. “I moved to Cambridge in late September and I started my graduate studies that October. I never even thought of joining the university rugby club, never mind making the first team. It was my persistent girlfriend Carrie who enticed me to play a bit of ball. She’s good at that and very supportive. She encouraged me to start playing rugby over in Cambridge. I am delighted I joined the club. It all happened very quickly. I got in contact with Scott Annett who is an amazing guy. He got me to come down to the club and get into some action with the LX team. From there, I played games with the LXs and I then got asked to join the Blues for some training in early November.”

The talented prop forward has learned a lot from playing and working with international stars such as Flip Van der Merwe who played with Clermont. The lock forward also represented South Africa on six occasions. Danny has loved playing with top players. “The standard is very high and competitive. Everyone buys into the club so well here and really show their support. The front row clique are a great bunch of lads. I’ve learnt some great ‘pushing’ skills from them. All the scrum and line-out coaches are also sounds. I am learning all the time. It is a great environment to develop and progress. Hopefully some aspects of my game will improve from working with so many top players and coaches.”

Danny is balancing his academic studies and his sporting requirements perfectly so far in his new chapter in Cambridge. The 23-year-old is studying a PhD in Biology. He is loving his new life in Cambridge. “College is going well. I’m settling into PhD life nicely at The Babraham Institute. The people are so friendly and my lab group is very supportive. They’re a great bunch of people to work with and I’m excited for the next four years here.”

The West Cork rugby star has very good memories of his years spent playing with the various UCC rugby teams. Danny loved playing with UCC. “I have some very fond memories of my time at the Farm, which is the UCC training ground. It is a great place to play and they really brought me up through their player development system. I played for them at U20 and J1 level. I also operated as a reserve for the senior team occasionally. It was a great experience and learning curve for me. I owe a big thanks to all my previous coaches in UCC.”

Danny started off his rugby career with his beloved local club Dunmanway RFC. The talented prop forward is full of praise for the role they have played in his rugby development to date. “They are a great club. There are great people involved within the club. I started off playing for them at the age of eight. I played ten years with them at underage level, before going back for one season last year with their junior team. Dunmanway is a small club in the heart of West Cork. They are always struggling for numbers, but they still manage. The people behind the scenes always do their best. I have fond memories of playing for my home town team.” 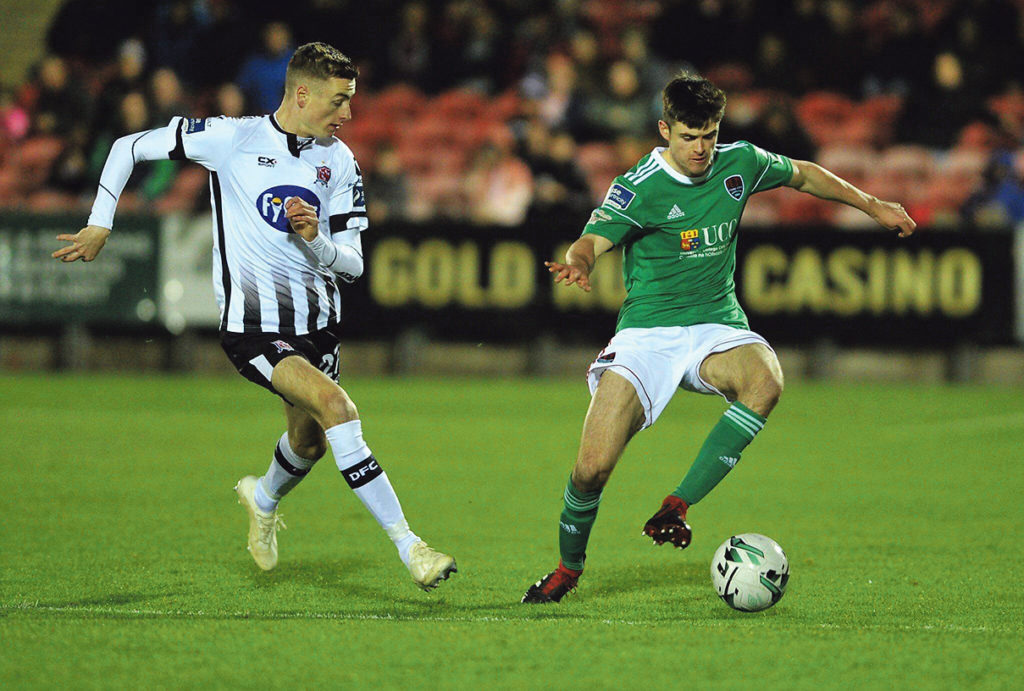