Eighteen-year-old Nicola Tuthill has had quite a year so far: From the despair of injury to the joy of world championship success. Matthew Hurley meets the Kilbrittain teenager, who started hammer throwing at the age of 12 and has gone from strength to strength since then.

Tuthill finished an impressive eighth place in the World U20 Championships in Cali, Colombia while also managing a personal best of 61.87m in the semi-final.

“I was absolutely delighted with the finish. This year was a bit of a tricky one for me because in March, I dislocated and fractured my elbow at a competition, the European throwing cup in Portugal.”

Other than Italian gold medallist Rachele Mori having a best throw of 67.21m, the final was a tight one. Tuthill was only 2.27m off second place, under a metre off a bronze medal. A remarkable performance from the Bandon Athletics Club member.

“All it takes is one throw and I think anyone was thinking they could sneak in for that bronze medal towards the end of the competition. You can’t produce your best every day and I still got a throw over 60m,” explained Tuthill.

“Once I had time to process that, I was very grateful that luck was on my side. It was my first major final, so it was definitely a great experience and a brilliant achievement after injury.”

Her injury was a shock to the system for the teenager who was hoping to make a breakthrough 2022. The injury occurred on Tuthill’s third throw in the European Throwing Cup in Portugal. “I was just in the middle of the throw and got my foot caught as I was turning around and I put my arm out to save myself,” Tuthill said. “The elbow dislocated and knocked a piece of bone out with it, which then split into three smaller pieces. It wasn’t ideal but I got back, and I got it sorted eventually.”

After two weeks of rest, three weeks of doing nothing with her arms, the youngster was back doing a bit of footwork before eventually doing one-handed throws.

Rehab was very hard for Tuthill to deal with, annoying too given the amount of training she did before going to Portugal. “I was really hoping to compete well. Then having that happen wasn’t ideal,” she explained.

“I got very lucky that I got an appointment with an elbow surgeon in Dublin. I had the right doctor to get it sorted. It was initially the case of, will I throw again? It was a waiting game to see what way the bones would heal. Once it healed right, it was like, ok, I’ll throw again but when?

“It was frustrating, but a lot of people do get injured and it’s just a thing that happens. My injury was unfortunate for the sport I do, at least I was able to do leg work. I was very lucky that Athletics Ireland did take that chance and took me out to Colombia for those World juniors.”

The way her coaches helped her through recovery contributed to her success later in the year to get her to the world championships.

“My coaches were so creative in changing my programme, so I was still able to train. I was doing eight sessions a week at that point so I was doing as much if not more training sessions, but they were shorter because I couldn’t use my arms.

“There was so many exercises to do but I was very determined to do them all, no matter what time of night it was.”

It was a very unpredictable year for Tuthill, as she tried her best to recover from the injury, but her drive and willingness to keep going was worth it in the end. “It was a very long journey with rehab and everything to get to Colombia. It was just sweet in the end to get the PB in qualifying rounds as well, after all of the hours of rehab.

“I never stopped training, but I think the amount of support I received through it has really helped me to get to where I am now. My coaches, my family, my club Bandon AC, my physio Mary.”

The West Cork athlete added that she couldn’t do it without the support of my family but especially her mother.

“She is out the field at every throwing session no matter what type of weather and she takes me up and down to Dublin for training and competitions no matter how busy she is herself and I really appreciate it.”

On top of dealing with this elbow injury, she was also doing her leaving cert. Tuthill was working extremely hard even with so many obstacles to overcome.

‘It involves a lot of time management, you have to train before school, go to school, come home, train after school, do study. I then had the exercises on top of that, sometimes at 12 o’clock at night. I got it done though, and that’s the main thing,” she added.

Bandon Athletics Club has nurtured some top talent down the years, Phil Healy being one in particular.

It’s the same for Nicola, and she couldn’t praise the club enough.

“Bandon Athletics Club were amazing the whole time, going back to when I used to run and doing all different events. I suppose I got lucky that I built a cage here at home just to make the training quicker for me so I wouldn’t have to travel. That was built when I was doing my Junior Cert.

“Bandon AC were in constant contact with me and making sure everything was ok, especially with the injury.  They were checking up and seeing how I was getting on too. They were so supportive the whole way through.”

Hammer throwing may have been the ultimate choice, but Nicola did a whole range of athletics events, including cross country since the age of nine.

To add to her recovery in the build up to the world championships, another unusual event happened in the middle of the final in Colombia.

There came a four-hour delay where all the 12 hammer throwers had to go into one room before it was safe to go out again.

“We were left in competition mode, not allowed your phone. It was different, six of us played a bit of Jenga. It was nice to get to know them when we were all competing,” Tuthill said.

“We’re all very focused on what we’re doing. You don’t talk to many people during the competition, whereas we had four hours during that final to get to know people a small bit better. I think anyone in that final was capable of doing amazing things.”

So what’s next for the Kilbrittain teenager, most people would assume aiming for an Olympic Games. While that is a hope for Tuthill in the future, she’s more focused on underage events.

“I’m up at U23 next year. I’m a December birthday, so quite a young U23. I’ll aim to go to them championships. It’s every athlete’s dream to go to the Olympics. I would obviously love to go, but it will all depend on how training will go. It’s definitely a dream of mine,” Tuthill concluded.

Paris 2024 is now only two years away, a more attainable objective may be the 2028 Olympics in Los Angeles.

Even so, this young athlete has potential to do special things for both West Cork and Ireland in the next few years.

Tue Sep 6 , 2022
Lovers of rare and unusual plants will have the opportunity to visit two of West Cork’s more exotic gardens before the Garden Trail season comes to a close this autumn. Comillane Gardens on Cape Clear Island will hold an open day this Saturday, September 3, from 1-4pm and it’s mainland […] 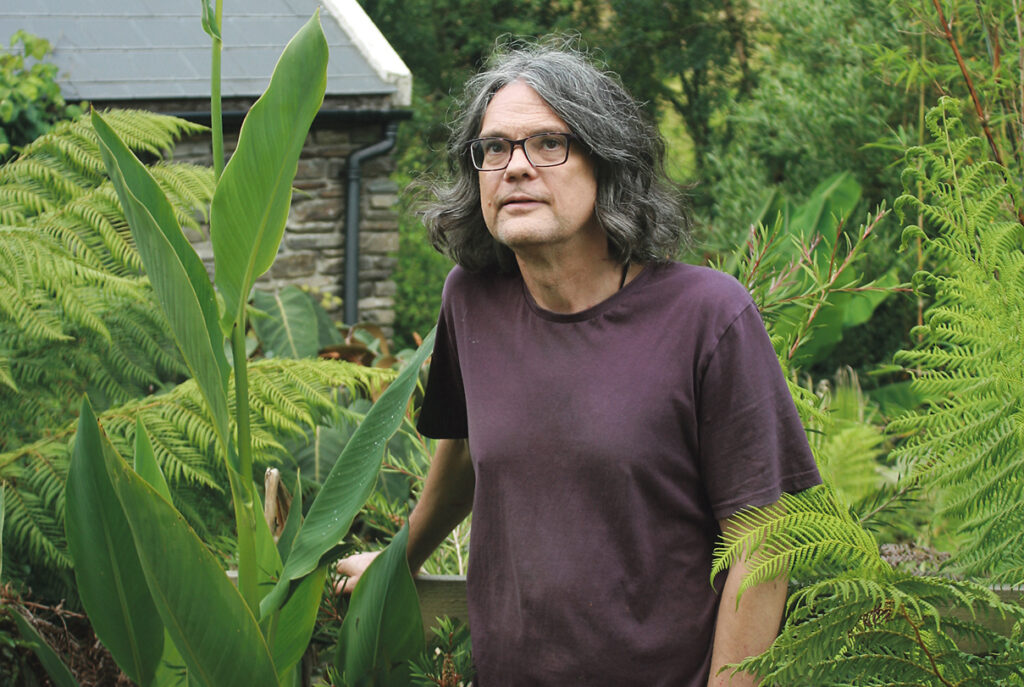