Covid-19 is having a huge impact on children and young people’s sleep, as time on technology goes into overdrive and bedtimes creep later, according to a new national sleep survey.

Three organisations – The Sleep Charity, The Sleep Council and Sleepstation – joined forces to ask the nation about their children’s sleep during Covid-19 and the results from the first 2,700 respondents are an early warning sign about the long-term negative impact on kids’ slumber. This supports the newly published paper from the Journal of Child Psychology and Psychiatry (May 2020) that suggests the potential for sleep problems to emerge or worsen during and following the pandemic is high.

The survey found that as many as 70 per cent of children under 16 are going to bed later – but are also waking later (57pc) – showing that a significant drift in bedtime schedules has already happened. This represents a clear risk with an obvious knock-on effect when schools re-open.

Vicki Dawson, CEO of The Sleep Charity, said: “These are extraordinary times and we fully understand why bedtimes and wake up times have slipped. But we are worried about how children will transition back to a normal routine once schools do reopen, especially given the indications that reception, Year 1 and Year 6 could go back early June.

“As we enter the eighth week of lockdown, children may be using the internet or other technology for several reasons. They are likely to need more access to schoolwork or online learning challenges but it is likely that parents are allowing children to play on devices while they work or participate in online webinars or calls.

“What’s more important is how much screen time is being used as a crux of support and how much is used before bedtime. Ideally, we would advise parents that all screens – including the TV – are turned off at least an hour before bedtime so that melatonin levels (the sleepy hormone) can increase.

“With limited support available, we have to recognise that Covid-19 could lead to increased sleep problems in children and young people. Ultimately that has a knock-on effect and may influence their daytime behaviour – including hyperactivity, tearfulness and irritability – and family life. In fact, the paper published in the Journal of Child Psychology and Psychiatry indicated that sleep problems could be worse for children and adolescents who are at a heightened risk for the onset of sleep and mental health disturbances.”

The survey also reveals that a third (33pc) of children are sleeping longer than normal, indicating that it will be harder to transition back to previous sleep routines once they return to school. Nearly two in 10 are sleeping less, which, if this persists as lockdown continues, could impact on physical, mental and emotional health and wellbeing.

Seventy-six per cent of parents also feel that Covid-19 is affecting their ability to maintain routines, enforce boundaries and remain patient. More than half of these parents report moderate to severe disruption to their ability to parent effectively.

More than half (54pc) also reported that they were finding it much harder to stay asleep during lockdown, with the problem affecting them significantly more than those without children (43pc).

A staggering 84pc of parents are also finding that their sleep interferes with their ability to function the next day, compared to 75pc of non-parents.

Vicki added: “Understandably, lockdown is having an enormous impact on family life and it doesn’t surprise us to hear that parents are struggling to retain routine – being a parent is a really difficult job! We are experiencing longer days at home, with parents juggling remote working and trying to ‘school’ their children. Children are also having to adapt. They have been forced to deal with massive disruption to their normal activities including missing school, splitting from their friends and not being able to go to their normal out of school activities – or even to the park.

“We want to help parents recognise that while it’s tempting to allow later bedtimes and lazier mornings – and extend electronic device use – it can take two or three weeks to change a new habit. With talks of some children going back from June 1, routines need adapting now.”

Vicki shares some of the top tips on how to help keep a routine in place:

Try to keep a consistent sleep schedule. If bedtimes/wake times have drifted, start to move them slowly forward by 10 or 15 minutes every two to three days

Put a stop to all electronic devices (including parents) an hour before bedtime. Use this time as a family (and with no extracurricular activities) to play a board/card game, colour or do a jigsaw. It is relaxing for both parents and children

Try to get out in daylight for at least half an hour every day to help reset children’s body clocks – even in lockdown, children are permitted to enjoy one hour of exercise

Try to keep schoolwork and toys out of the bedroom – and certainly don’t send them to the bedroom as a sanction. Ideally, use bedrooms just for sleeping.

Wed May 13 , 2020
Mr Seán Canney TD, Minister of State with responsibility for Community Development today (Wednesday, May 13) welcomed the opening of a new ‘Innovate Together Fund’, a partnership between Government, Social Innovation Fund Ireland and the philanthropic community. Following on from the announcement last week for a support package for the […] 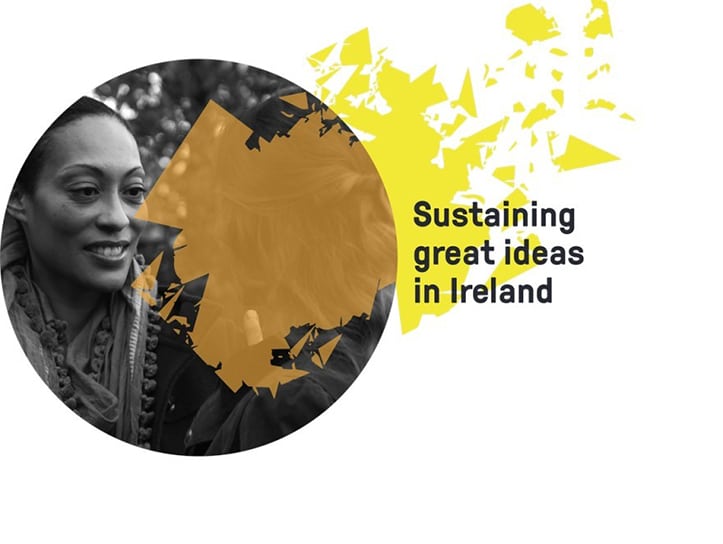