A new reminiscence therapy app aimed at aiding communication between people with dementia, their loved ones and caregivers is due to launch in August. A joint initiative between UCC Law graduates Amy Boyden, a Bantry native, and Niamh Murray the ‘ForgetMeNot’ app was developed after extensive research into reminiscence therapy and testing with some of Ireland’s leadings care associations.

Dementia is a broad term that is used to describe the loss of memory, language, problem-solving, and other cognitive abilities that influence daily life. There are 400 different types of dementia, with Alzheimer’s the most common form. In 2018, the Alzheimer Society of Ireland estimated that 55,000 people in Ireland live with a form of dementia and that it will more than double by 2050, with an expected figure of 141,200 people. Worldwide it is estimated that 55 million people currently live with dementia.

Amy Boyden explains how the app will work. “There are three main users of the ForgetMeNot app: the loved ones, the person living with the illness and the carer. Each user will interact with the app differently but the result will be the same, to connect, remember and talk about memories of the past.”

“For Photos you are able to upload photos from your phone and create albums, for example, ‘John and Mary’s Wedding Anniversary’ or ‘Chloe’s Christening’,” explains Amy. “With Music you will be linked to Spotify and you will be able to search all of your loved ones favourite songs from the past. For Voice Recordings you are able to record your own voice, you could read over their most loved poem or simply leave a short recording ‘Mum, I’m off to the shop and I will be back later’.”

These three features allow families and carers to use moments of the past to trigger memories in the present. “Communication is such an important thing for someone with dementia to feel sense of self, boost mood and slow down cognitive decline.”

This project is personal for both Amy and Niamh. Amy’s stepmother lived with Alzheimer’s and one of Niamh’s grandmothers also lived with dementia. Niamh’s other grandmother is currently living with dementia. “We have both seen firsthand that it can be difficult to communicate with those living with the illness and vice versa. We recognised this gap and wanted to create a bridge,” explains Amy.

Both women have experience using reminiscence therapy practices to communicate with loved ones. Amy and her siblings read poetry and books to her stepmother while Niamh used photos albums to reminisce on the past. She also sang her grandmothers favourite songs from childhood to her.

Throughout every stage of this process, Amy and Niamh have strived to ensure that the app is user-centred. “We asked those living with the illness, carers and medical professionals what they would like on this app. What features would they use and like to see.”

Learning key terminology was important in the development of the ‘ForgetMeNot’ app. “People with a form of dementia do not ‘suffer’ they ‘live’ with it. Instead of using the word ‘disease’ we learned to use the word ‘illness’,” explains Amy. “These may seem like small things but to those living with the illness it means a lot to them. It is important for people to learn that they are not suffering with this disease but rather they are living with this illness.”

Music has amazing benefits for people living with dementia and has been shown to improve their lives. “In the study carried out by Music and Memory and Improved Swallowing in Patients with Advanced Dementia, 2018, it was found that personal music intervention improves swallowing in individuals with advanced dementia, making eating easier,” says Amy.

“Again in 2020, The Impact of Music and Memory on Resident Level Outcomes in California Nursing Homes found that personalised music is associated with a reduction in the amount of medication taken by nursing home residents and fewer distressed behaviours.”

After completing a Bachelors of Law from University College Cork, Amy volunteered as a humanitarian aid worker in a refugee camp in Greece, which led her to the masters she is currently doing in Public International Law (specialising in conflict and security) in the Netherlands.

After graduating from University College Cork with a Bachelors in Law and Business, Niamh completed her FE1 law examinations this year. With a keen interest in entrepreneurship from a young age, starting a business was always going to be an aspiration for her.

The women passionately hope their app will aid communication and encourage people to talk about memories from the past rather than the present. “So they can connect, remember, and talk,” emphasises Amy.

When you create an account you will be sent a Family Code via email. You can share this Family Code with others who also want to join the same family account.

Plantain deserves a place in your home medicine kit 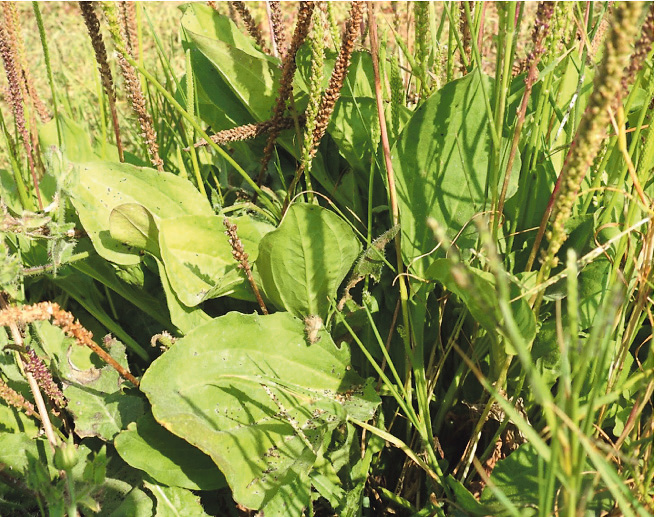