This month continues the story of the MENNIS family in West Cork.

Having all but disappeared as a surname in West Cork, MENNIS is interwoven with local family history for more than 250 years. As my most extensive and successful West Cork genealogical and DNA project it justifies several columns. Over the years, several articles have appeared in local historical journals discussing the family and a book on the family has been published in Australia. While much of what has been written is fundamentally correct, several family stories have been subsequently disproven by birth, marriages and death certificates that are now freely available online; supported by DNA matching.

Research has had many challenges even using public records. One James MENNIS death was indexed with an age of 35, when the original death record was 85. In another, a couple’s marriage certificate gave them as aged 26 and 21, when in fact they were 34 and 17 based on their birth/baptism.

One unresolved problem is that a baptism and a marriage for two girls of the same name is mistakenly assumed by many researchers to be the same girl. ’Girl A’ is known by family to have married someone else (proven by the baptismal records of her children where her maiden name is given). It is her baptism that is recorded, but her marriage is not yet located. The marriage is for ‘Girl B’ whose baptism has not been found. Confusion results from them being married around the same time. Also, deaths for the first two of the apparent four wives of a James MENNIS have not been located. He does not always appear to be referred to as a widower when he remarries.

Project statistics also indicate why research was so complex. The total number of people born as MENNIS connected to the West Cork tree is 135; 73 males and 62 females. The most popular male names are John (21), James (14) and Michael (14), i.e., more than 80 per cent of all the boys have these three names. Most of the other male names are found outside of West Cork, but the traditional family names remain popular. The most popular female MENNIS names are Mary (12), Catherine / Kate (9), Ellen (7), Hanora and variants (6), i.e., over half of the girls are known by one of these four names. The earliest baptism record is 1819 at Dunmanway and the earliest marriage record is in 1825 at Kilbrittain.

The key document to clues about the earliest family can be found in a 1933 letter written by a member of the family in the US. Various transcripts can be found with descendants in West Cork today. The letter stated that the family were originally Presbyterians from England or Scotland. They appear to have settled in Ulster (which has a high relative name density), but one branch (my wife’s family) at some point in time, settled in County Cork. The MENNIS family in West Cork appear to have converted to Catholicism prior to 1819 as all records are in Catholic churches.

The headline story refers to the soldier son of an ‘English’ Presbyterian minister, John MENNIS who married a Miss GALLOWAY (in Ulster) who was the 3x great grandfather of the first generation mentioned in the 1933 letter and who would be my wife’s 6x great grandparents. It is likely that this family moved south as part of the wool and flax trade to establish farming and milling businesses in West Cork after John retired from military service in the earliest part of the C18th. A timeline is not specified but is based on intervening generations.

Records confirm that the letter refers directly to the branch of the family who settled in Moreagh, near Dunmanway. James MENNIS, who starts that tree, was born in 1862 Moreagh but settled in the Bronx, New York. Unfortunately, the 1933 letter provides only a direct line and no clue on how all the other West Cork MENNIS families tie in, which is why DNA has proven so useful.

Based on the letter, confirming research dates for the three most recent generations on the 1933 letter and a suggestion that Michael MENNIS (born c1797, based on his given age at death) who settled in Moreagh, it is possible to conclude that the MENNIS family were already established in West Cork by the turn of the C19th, which in turn suggests the original John MENNIS probably met and married Miss GALLOWAY at the end of the C17th or in the earliest part of the C18th to allow for the two reported generations between. The timing of the move to West Cork remains unknown, as is the conversation from Presbyterianism to Catholicism. However, with both the son and grandson of John MENNIS & Miss GALLOWAY reported as marrying DONOVAN women, and DONOVAN being a main surname of West Cork, the move south and marriages took place in West Cork in the 1700s.

A few records provide some hints about some of the earliest family in West Cork. In 1818 Dunmanway, there is the baptism for David HICKEY the s/o James HICKEY and Mary MENNIS. As this record is just when church records begin, it is not known how long the couple had been married. Information from Canada (Kingston, Ontario) shows that the couple emigrated and settled on farmland there in the 1820s, with their HICKEY children later marrying. Fortunately, the Catholic registers record both parents, with Mary as MINNIS and MINNES. This raised the interesting question of whether there were other MENNIS siblings from Cork that settled the same area, and indeed Canadian records suggest there are MINNIS families originally from Ireland with names such as John & James. Whether they are related is unknown but may be revealed by future DNA evidence.

In next month’s article, the West Cork MENNIS family will be explored in more detail.

Comments, questions, and issues that can be answered as part of future articles can be emailed to DNAmatchingprojects@gmail.com or follow the West Cork DNA projects on Facebook blog ‘My Irish Genealogy & DNA’.

Tue Nov 1 , 2022
Following the death of her friend’s brother attempting to cross the border between Turkey and Greece, humanitarian aid worker and international law student Amy Boyden (26), from Bantry, is appealing for safe migration routes to be established in Europe. Amy was volunteering in the refugee camp on Lesvos in Greece […] 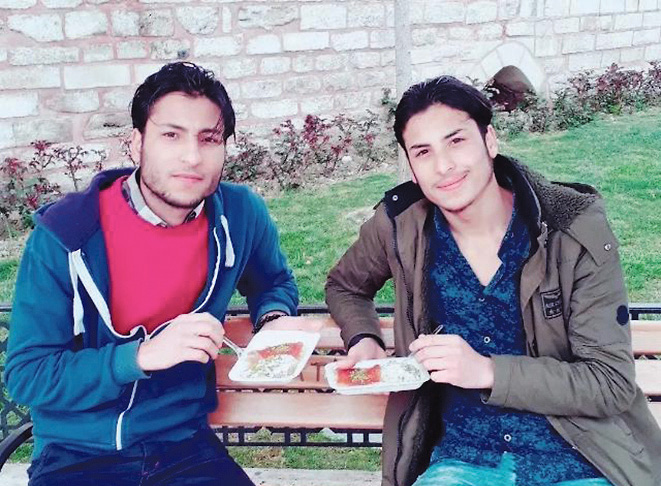