Dogs that are fearful need strong boundaries to give them self-confidence and to learn to trust that their owners will deal with any perceived fearful situation. That isn’t always easy if you’re not even sure how to start and are feeling rather overwhelmed yourself. A genuinely fearful dog can quickly turn into a fear-aggressive if help isn’t forthcoming.

As dogs use us as a role model (Monkey See/Monkey Do), we have a huge responsibility to give off the correct signals that we are in charge of any situation.

I was reminded of this when I visited two families in the space of one week. Each one had a dog with the same problem. They were both rescues. One came with the proviso that he could be ‘awkward’ with other dogs; the other was meant to love other dogs but this didn’t seem to be the case.

But both tended to overreact to other dogs when out walking and on lead. From a long distance away, they were already gearing up: ears pricked, hackles up, eyes focused, and both made use of their vocal chords with strident barking/shrieking and growling. All of these reactions had their owners completely unnerved. Daily walks had become a chore and everyone returned home feeling thoroughly stressed.

In fact, translating the vociferous barking and shrieking almost always means the dog is trying to tell the approaching dog not to come any closer as he/she might be forced to take action but would prefer not to. (A truly aggressive dog either barks in a totally different manner or stays very upright, very still, waiting in anticipation of the other dog’s approach along with other noticeable signals!)

How we first react to the circumstances in any given situation sets a precedent for the future. The first time that a dog shows that type of reaction to other dogs, it’s important to give direction – to let your dog understand that you will deal with it.

Firstly, it’s important to reinforce the boundaries in the home. That’s always where I begin. If the dog isn’t listening to you and ignoring basic commands in the house, then he’s certainly not going to take any notice of you in a stressful situation on a walk. When I have a good idea of how a dog performs when asked for the basic commands at home, we can start a bit of formal training outside. In the house, I can also read the dog’s signals and form an opinion as to how he might react when faced with another dog.

I use my own dog, Juno, in the training but I hasten to add that she always stays safely in my car only peering out to watch for the treats coming to her. Those who’ve met Juno know she’s quite excitable. But, when ‘on duty’ for me, she’s as steady as they go!

Then, it’s a question of allowing the dog and owner to approach very slowly, one small step at a time, while employing the Watch command and letting him process the situation each time he’s asked to move forward. Since I’m coaching the owner while reading the dog’s signals, both tend to be relaxed during the training session. And the most important factor is that the owner automatically keeps the lead nice and loose. No tension going down the lead – no reason for the dog to react badly!

If the dog begins to react as he’s brought closer to Juno, then his owner learns to take him back a stride or two until he’s able to relax again. That’s so important as far as the dog is concerned because it means his owner is listening to him, easing the stressful situation by putting a bit more distance between him and Juno. The owner keeps using the Watch command and feeding treats until the dog has adopted a new behaviour of focusing on his owner rather than reacting to another dog.

In one instance, the approaching dog was able to come right up close to my car. I opened the door for Juno to sit in place and look out, and the dog was actually wagging its tail in a friendly fashion despite the fact there was no barrier, i.e., the car door to ‘protect’ each one from the other.

Fearful dogs don’t become balanced and brave overnight but with ongoing practice, they learn to trust their owners instead of feeling they have to deal aggressively with the dog in front of them. Now that the owner has a plan of action (and a couple of Plan B’s up his sleeve in case of emergencies), he/she begins to act with more confidence and both work in partnership. It can become a win-win situation!

Wed Apr 6 , 2022
What does it take to inspire you to make healthier life choices? Choices which are good for your body and mind? Choices that will improve your life and bring more joy, energy and health? For me one inspiration is spring, with its first blue skies and warm sun rays. It […] 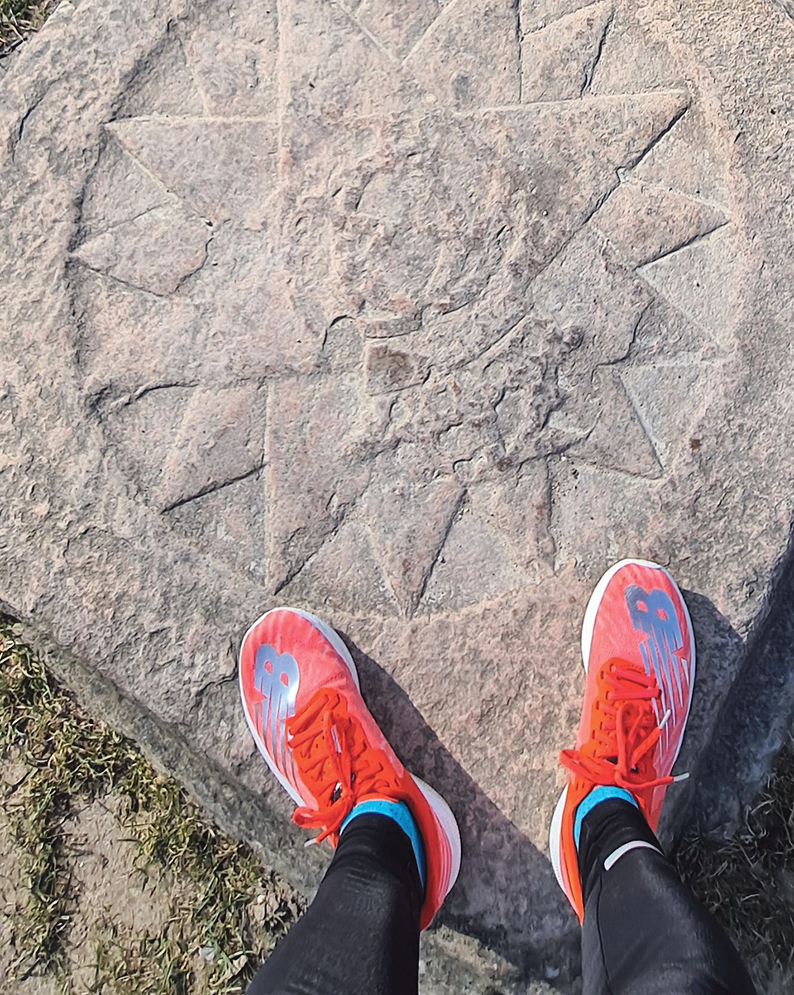