Twenty-three years ago John O’Shaughnessy and Leeanne Wolverton locked eyes at a wedding in Limerick and within a week of spinning around sightseeing together had fallen completely head over heels for each other. Love knows no boundaries and, after their romance continued to burgeon across the Atlantic, Leeanne shortened the distance between them, moving over from the US to Ireland to be with her Rosscarbery beau.

Born in Philadelphia, Pennsylvania, Leeanne grew up on the East coast of America with most of her childhood spent in New Jersey. A professional Esthetician, make-up artist and massage therapist, she ran her own salon and spa for a time until the end of her business lease prompted her move to Ireland and a new beginning with John.

Leeanne very quickly found work in her profession in West Cork, while at the time, John was working as a cross county truck driver. Madly in love and swept up in John’s natural joie de vivre, Leeanne settled happily into life in West Cork; until homesickness crept up on her.

“I missed my family and friends and I wasn’t making great money here, whereas in the US I was used to earning a good living. The last straw was when my mom’s cancer came back, so I went back to the States to help take care of her.”

Negotiating the challenges of long distance meant that Leeanne and John’s relationship was on and off for a few years; however despite the obstacles, they always found themselves drawn back to each other.

A larger-than-life happy person and a passionate farmer, John lifts Leeanne up when she’s down. “It was his lightness that first attracted me to him,” shares Leeanne, who struggles with anxiety and depression.

“He lightens me,” she says simply.

For John, it’s Leeanne’s sensitive yet expressive nature that he finds so appealing. “She was a little standoffish when we first met but in the short time we had together I got to see that she was beautiful on the inside as well as the outside,” he shares smiling.

In 2011, after her mother passed away, Leeanne packed up her belongings and moved back to Ireland, bringing her beloved dog Riley James with her.

This time she was ready for the move and John was waiting.

Theirs is a relationship built on a real mutual admiration society.

“It was madly passionate at the beginning of our relationship, so much so that it hurt to be so far apart,” says Leanne, who now has Irish citizenship. “But now we’ve grown into something more; we are each other’s biggest supporters and cheerleaders,” she shares.

“Leeanne is one of the smartest people I know,” says John. “I can talk to her about anything and she has a great wit and sense of humour. I really admire her.”

Leeanne also battles Fibromyalgia, a chronic condition that causes pains all over the body. John is her rock; never complaining, always caring. It’s the little gestures that mean the most. He’ll place a hot water bottle in the bed when he can see she is tiring or, if her pain is very bad, he’ll come in after working his two jobs, on the farm and driving the school bus, and get straight into making the dinner and doing the housework.

“He’s a good kind soul and he always makes me laugh,” says Leeanne.

“I make him laugh too,” she’s quick to add, smiling. “We’re both at ease when we’re with each other.”

“On paper we may not look like we work,” she says laughing. “My sister jokes that we are like that old TV show with Ava Gabor and Eddy Albert called ‘Green Acres’. He’s a farmer and brings her from the city and she’s walking around the farm in her pearls and feather boa.

“When it comes to it though, underneath it all we have the same values.”

A curious person and lover of all art forms, Leanne also loves to cook, something that John is also developing an interest in. They both adore their dogs and share interests in travel and watching shows together like The Great British Bake-Off. While going out dancing and catching a movie may have metamorphosed into walking their dogs and doing the food shop, particularly in Covid times, whatever the activity, Leeanne and John enjoy each other’s company and their affection and empathy for each other is heartwarming to behold.

This couple even fight fair! When things do get heated, they have a few house rules. “No name calling, admitting when you’re wrong and saying sorry,” says Leeanne, who says it’s also really important in keeping a relationship strong to be able to laugh together and accept each other’s idiosyncrasies.

“We’ve always felt like we have known each other forever,” adds Leeanne, who also shares that marriage could be in the next chapter of this everlasting story.

Mon Feb 7 , 2022
Like a fine wine, Mick and Lauren’s relationship matured over time. This Franco-Irish couple first met 22 years ago in ‘The Kingdom’, Mick’s county of origin, through mutual friends. The seeds of a friendship were sown but a few years later Mick relocated to Canada so they lost touch with […] 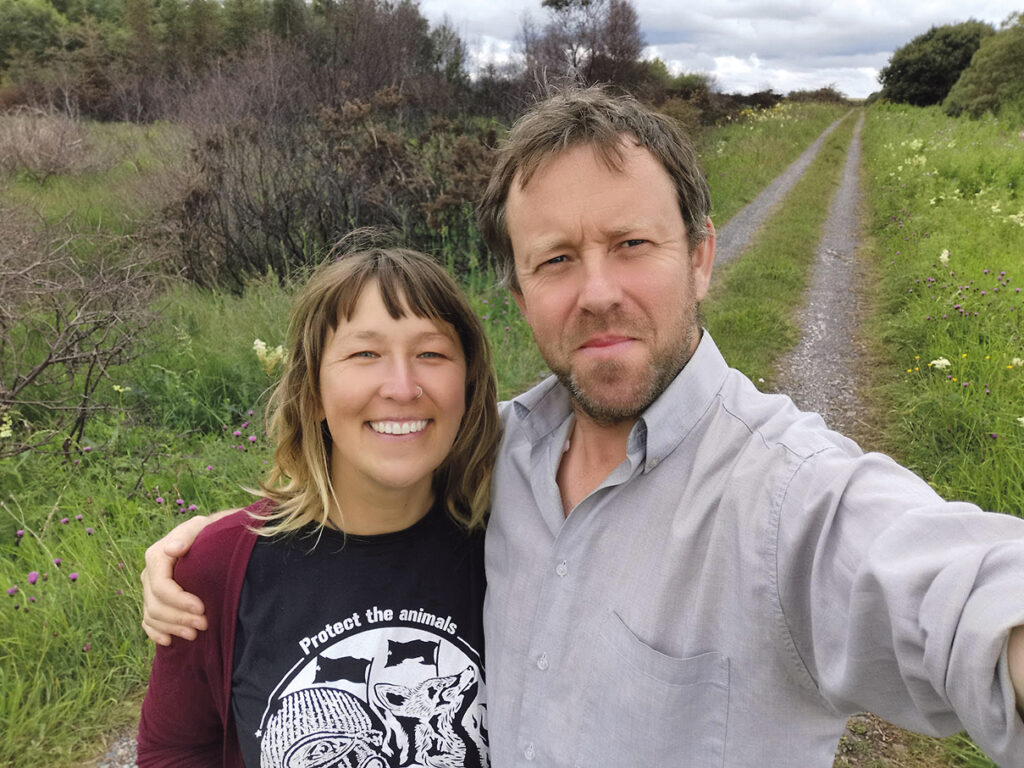