International Epilepsy Day is taking place on February 8 this year. This is a global day of epilepsy awareness that provides the opportunity for people with epilepsy to share their lived experiences of the condition. They do this in order to raise awareness within their communities in an effort to reduce the stigma that can still often be unfortunately associated with the condition. Victoria Brook, who lives in Bandon, speaks to Sheila Mullins about the impact epilepsy has on her life.

Originally from Yorkshire, Victoria was 35-years-old and living in Spain when she had her first seizures (after two seizures you are officially diagnosed with epilepsy). After five years of EEGs, Pet scans and MRIs, she finally had a video EEG that is not routinely offered but which pinpointed the part of her brain affected during a seizure and allowed doctors to better treat her condition. Many more seizures followed but, now 15 years, and 14 different medications, later Victoria feels her epilepsy is under control.

“I haven’t had a grand mal seizure in 18 months or so,” she says. “Unfortunately I do still suffer from episodes of ‘speech arrest’ where mid-sentence my words become mumbles. I can hear it happening (and see the expression on people’s faces) but I can’t stop it.”

Her epilepsy also means that Victoria struggles with navigation and as a result cannot drive. “I am allowed by law to drive but I even get lost around Bandon!” she exclaims.

Death from a seizure is called SUDEP (sudden unexplained death in epilepsy). Victoria’s brother also had the condition and tragically passed away during a seizure, so she says there isn’t a night that she doesn’t worry about having a nocturnal seizure that would cause her to suffocate; she sleeps in the recovery position.

The support provided by her excellent medical team in Cork and by Epilepsy Ireland has proven vital in helping Victoria to cope with the stress of her illness. “In Spain the neurologist was very abrupt and I was just sent home with drugs,” she explains. “Here in Ireland, getting diagnosed isn’t as easy but the after support is fantastic. I can ring up Epilepsy Ireland at any time, for any reason, be it for practical or emotional support, and they are there for me.”

Victoria still feels that research, care services and education around epilepsy is hugely underfunded: “Diseases like breast cancer have huge public awareness campaigns but there isn’t the same for epilepsy. Nearly 40,000 people in Ireland have the condition and it can strike at any age but there is still a lot of misunderstandings and stigma around it.”

Victoria is happy to tell people about her condition and has a caresheet pinned up in the staffroom so that her co-workers know what to do if she ever has another grand mal seizure.

She offers this advice for readers if somebody has a seizure in front of them: “Timing the seizure is the most important thing so that medical staff know how long it lasted. Support the person’s head and make sure they are given plenty of space – preserve their dignity by ensuring that onlookers don’t crowd around them. It is an old myth that you should stick a spoon in their mouth! A seizing person is more likely to smash their teeth on it or bite you by accident! If you don’t know the person and their medical history, or if the seizure lasts much longer than normal, then you should call an ambulance. The person will be very disorientated when they come around so give them plenty of time and reassurance until they have recovered.”

As Victoria concludes her phone interview, a squawk is heard in the background. “That’s my parrotlet Chilli!”, she says laughing. “He’s actually registered as my emotional support animal and when I first moved to Bandon and didn’t know anybody – and was getting lost all the time – he was such a comfort. He helps me to chill out and gather myself when I’m stressed.”

International Epilepsy Day is on February 8 and there is also an Irish Epilepsy Day on March 26. Epilepsy Ireland is committed to working for, and to meeting the needs of, everyone with epilepsy in Ireland and their families and carers. See www.epilepsy.ie for more information and local contacts.

Acupuncture: an essential service that continues through lockdown

Tue Feb 9 , 2021
Through the healing and balancing effect of acupuncture on body, mind and emotions one may begin to live, rather than merely survive. Currently, the use of acupuncture is growing at an exponential rate globally. The World Health Organisation (WHO) supports its use in treatment alongside and for conditions such as […] 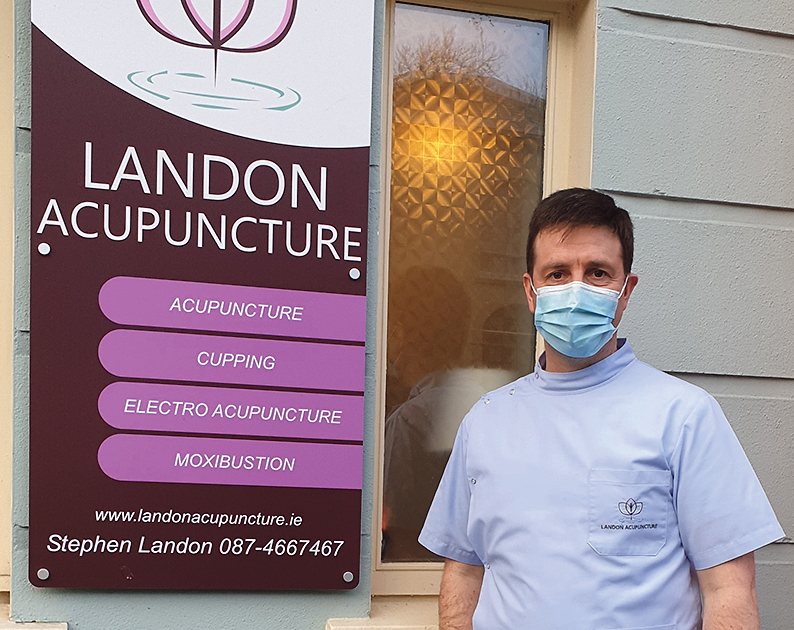