From small beginnings, where she was simply helping friends to organise their hotpresses, to becoming a professional declutterer of homes and offices nationwide, Anne-Marie Kingston has built White Sage Decluttering into an impressive business in just four years. Taking home the Business Innovation trophy at this year’s Network Ireland West Cork Businesswoman of the Year awards was the icing on the cake, she says.

“White Sage Decluttering started so small,” says Anne-Marie. “It grew from a local service, to covering the county, then Munster and now I have clients in Kerry, Dublin, Galway; I travel the whole country really because the need is there. Overwhelming clutter is making so many people stressed, uncomfortable and unhappy in their homes but they don’t know where to begin to solve the problem.”

Many people have the wrong idea about decluttering, as Anne-Marie explains: “Decluttering is not the same thing as ‘a bit of clear out’ or a spring clean. Clutter is anything that no longer serves you but you are still unable to let go of. Sometimes ‘stuff’ has just built up so much that it’s out of control and too big a job to do alone, but sometimes complex emotions at the root of the problem – sentimentality, grief, fear. My service is about giving someone a new life skill so that they can recognise what is needed, why they are hanging onto something that isn’t, and how to let go so that they can maintain the organisation systems that we have put in place.”

Anne-Marie has her own thoughts on how our heritage has made hoarding a common trait of Irish homes. “Nothing has left some houses in years! I think it’s because Ireland was a relatively poor country in the not-too-distant past. Our grandparents were told to mind everything and not to discard what might be used; your good clothes were worn to Mass and then taken off immediately after. That was fine when as a nation we didn’t have much but now we have a surplus of money and a lot more coming into the house, not all of which is ‘good’ or used. There are some exceptions but a good rule of thumb is if you haven’t used it in 18 months you don’t need it.”

Fast, cheap fashion from the likes of Penneys has caused wardrobes to bulge as never before. Anne-Marie advocates buying less but buying better for value in terms of cost-per-wear: “My wardrobe has no more that 60 items that can be mixed and matched. You don’t need any more – if items are good quality they will last for years.

“Decide what fits and what flatters. If something is two sizes too small in the hopes that it will motivate you….aren’t you just depressing yourself every single day when you open the wardrobe doors and nothing fits? It’s much nicer to be able to throw on whatever you feel like wearing that day!”

People have called Anne-Marie the ‘West Cork Marie Kondo’ and while she’s flattered she feels it’s not quite accurate: “ I work differently with people to Marie. Yes, I have the same philosophy of ‘you have to love it to keep it’ but I talk people through their attachments and discover what lies behind the hanging on to things. It might be grieving the loss of a loved one, an unrealistic fear of future scarcity or of paperwork that has built up.

“Another root cause is buying with emotion. Women, especially, can crave the rush of happy hormones you get from buying something new. Unfortunately that feeling is immediately replaced with the stress of adding to the clutter at home. We all have our reasons and I never judge; my work is entirely confidential and I take such pleasure in helping clients discover that you can get the same happy feelings from a well organised home.”

Also, unlike Marie Kondo, Anne-Marie really rolls up her sleeves on a project. “It’s 100 per cent a team effort. We do the heavy lifting of clearing together and then figure out an organisational system that works for that particular family and their lives.”

A good example is taking care of sentimental items: “If you have so many old letters or kid’s artwork that you never get to look at it, think about what’s the most valuable to you. Then we can put those items in an easily accessible keepsake box that you can look through regularly or select a few artworks to frame and admire.”

Most jobs take a minimum of three days but some can take longer, depending on how many rooms need to be dealt with. Anne-Marie then takes all the cleared clutter away: “I have built up a huge list of contacts and very little ends up in landfill, instead its redistributed to charities such as the Vincent dePaul or WEEE centres. I recently took a huge bag of small hotel toiletries to the homeless in Cork City so lots of people are benefitting.”

Anne-Marie does an initial remote consultation to assess what’s needed (from photos and videos) and to assess if the client is actually ready to declutter. “I only work with people that really are ready to do this life changing process. Sometimes they aren’t and the idea has to sit with them for a few months first. But the seed is planted and when the person is ready they’ll call me in.”

Where has Anne-Marie’s love of order come from? As an only child from a farming background, she helped with the housework from a young age and loved nothing more than sorting the hotpress and bookshelves. “I immediately felt more relaxed and grounded when there was order. I worked in Bank of Ireland for 11 years and colleagues would comment wistfully on my organisations skills and how I could put my hand so quickly on paperwork.”

Following marriage to dairy farmer John and the birth of two children, Ryan (now 7) and Caoimhe (now 5), Anne-Marie had thought about returning to finance but instead decided to seize the opportunity of running her own business and getting the work/life balance right for her busy farming family.

“It’s funny, it started with my own kitchen island heaving with toys, paperwork, washing etc and that was causing stress and petty arguments in the house. I felt like taking a match to it but instead got stuck in and put in an organising system that was easy to maintain. That led to sorting rooms for family and friends and I just knew there was a real need for a professional decluttering service in West Cork.

“I completed a 12-month decluttering course in Limerick and the business has grown from there. I really believe you have only one life and you must take every chance to follow your dreams. I didn’t want to have any regrets.”

You can contact
Anne-Marie Kingston on 087- 6529901. White Sage Decluttering follows all Covid guidelines and precautions. Now taking bookings for December and for 2021.

Preparing your home for Christmas

Tue Nov 3 , 2020
Covid-19 means that Christmas time will likely be a lot different this festive season but it’s important to stay positive and focus on the things we can all do to prepare our homes to make this season a really special one. As we have more time in our homes right […] 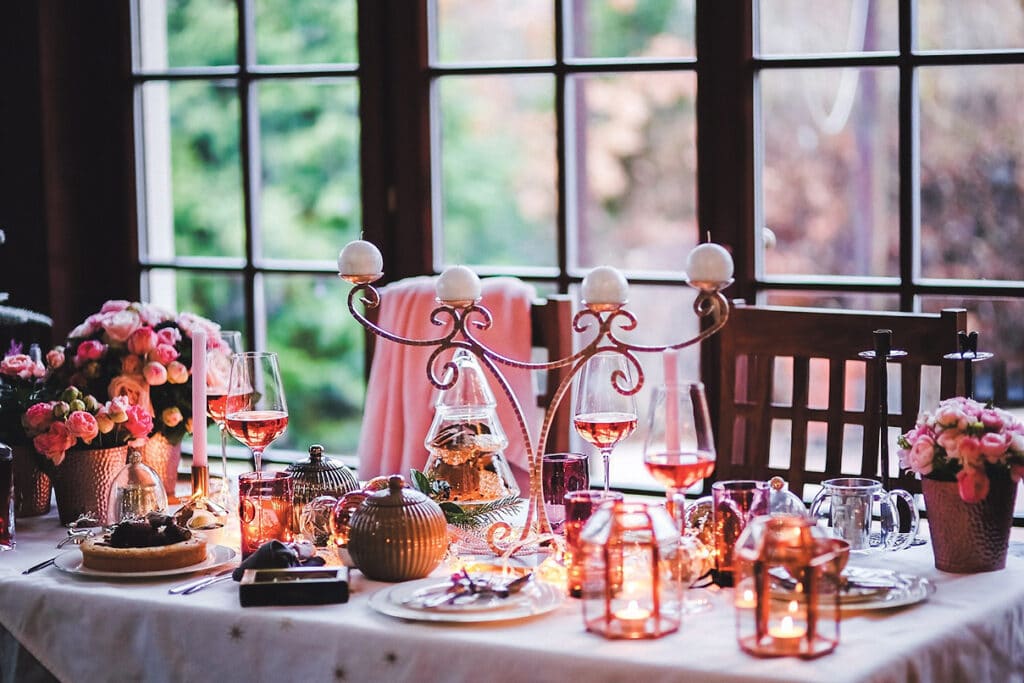