Another garden not to miss on this year’s West Cork Garden Trail is that of Ballycommane, located at the bottom of a valley in Durrus near Bantry. Boasting an exciting selection of sub-tropical plants from the Azores and southern hemisphere mixed with native specimens, the diversity of the plant range in this garden is a thing of wonder.

Swathes of ragged robin are happy neighbours to banana trees. The wonderful backdrop of informal planting of shrubs and trees in all parts of the garden provides a haven for wildlife, including hedgehogs. “Manicured wilderness would probably describe our garden best,” explain owners Andy and Ingolf.

This is a garden for wildlife and biodiversity and a place of great sensory delight and tranquillity. In collaboration with some botanic gardens, one in Portugal for example, Andy and Ingolf are passionate about growing and propagating plants, which are endangered in their native habitat. “Though the garden is created by us, we let nature take its own course,” they stress. Foxgloves, wild valerian and primroses are left to happily self-seed in parts of the borders.

The pond, with its diverse habitat of flora and fauna is a delight and a favourite part of the garden for Andy and Ingolf. It teems with frogs, dragonflies, damsels, birds, bees and butterflies. The combination of aqueous plants like bullrushes, plants that love a wet soil like meadowsweet, and the arching trees overhead create a really special space to sit and contemplate the surrounding beauty.

Rare and special is everywhere in Ballycommane. Some of the plants sourced from the Azores are actually performing better here than in their natural habitat. Scents surprise and delight, with plants from around the world, such as Artemisia, smelling of Coca Cola; Clerodendron with its leaves hinting of peanut butter; the giant fir (Abies grandis) and it’s wonderful citrus fragrance; Azores chervil (Chaerophyllum) with a fresh smell of carrots and celery; and Azara, whose small flowers in March offer a heady scent of vanilla.

The focal point of this garden has to be the herbaceous border. Planted in full sun, with fairly dry soil, it boasts colour form April right up until October: Native primroses bloom from March to April; ragged Robin pops up in May or early June; giant dandelion, whose seed heads look like big puffballs, are welcomed in July. Penstemon, large-flowered evening primroses and gooseneck loosestrife (Lysimachia clethroides) appear in July and August with fleshy Sedums following in September and joyous Helianthus in October.

Andy and Ingolf bought the Ballycommane property in 2006, starting the garden from scratch. “There were a paddock, some lawns and abandoned fields. Pines surrounding the property provided some shelter. That was it,” explains Andy.

Over the past 15 years, they have planted more than 1000 trees and shrubs, methodically keeping a file on every single plant in their garden. The mild West Cork climate encouraged such growth that the trees planted as saplings are now mature.

As part of the land was waterlogged, they put down drainage pipes to improve the soil. “Neighbours recalled that turf was cut here in the past and there was little topsoil,” says Ingolf.

While producing their own compost and spreading leaf mulch helped to improve the poor soil; there really was no masterplan in creating this garden, which seems to take on a life of its own, as the gardeners worked it. “All of a sudden a boulder-burial and two standing stones appeared amidst the weeds as we cleared the land,” they explain.

Although located only 4km from the sea, the garden is in a frost pocket, which makes its range of exotic plants all the more remarkable.

“We lost quite a few of our more tender plants in the cold winters about 10 years ago, which taught us not to always do gardening on the edge,” says Andy. “We do not persevere with a plant, as we did in the past, if it isn’t happy in our garden. We might give it a second try but that’s it then. We don’t buy such tender exotic plants any more, as they won’t withstand a cold winter in our garden.”

Their advice to others considering growing exotic species: “It can be a nice challenge but might take you too much time and effort. Keep an eye on introduced exotic species, as you don’t want them to run wild.”

Interestingly, both Andy and Ingolf have been enthusiastic gardeners since childhood, both influenced by their grandmothers who taught them to care about plants. Years later, the couple got an allotment together on the outskirts of Frankfurt and began creating their own first garden. They worked as volunteers in the Frankfurt Botanic Garden for many years, which provided a great source of knowledge and horticultural exchange.

Plants are a passion for this green-fingered couple and this garden is a lifetime project. No matter how busy life gets, a stroll through the garden draws a close to each day.

Mon Aug 1 , 2022
For those who have already DNA tested for genealogy or may be interested in doing so (for example with companies such as Ancestry, MyHeritage and 23andMe), this month is the first of a two-parter looking at some of the tools and outputs that could provide some insights that may interest […] 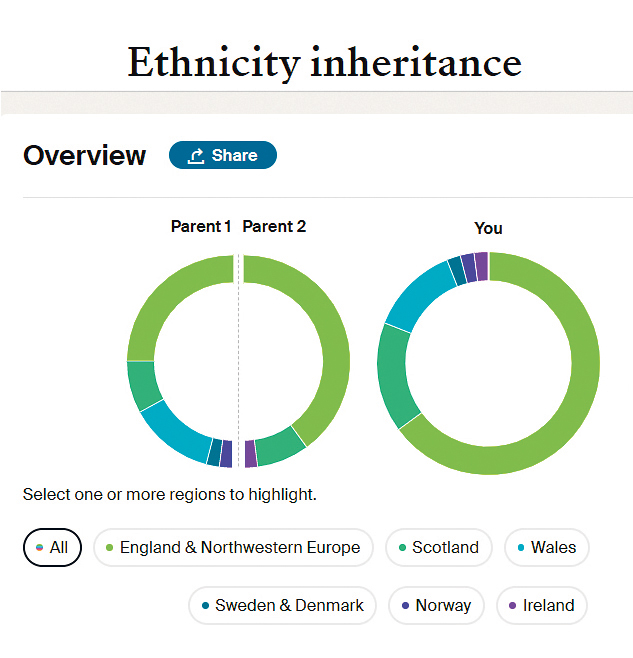