On March 4, one week before the nationwide lock-down, Allison Roberts was presented with the prestigious Irish Food Writers Guild Award for her environmental, sustainable and ethical approach to her bean-to-bar chocolate making business, Exploding Tree.

Kirsten Jensen, Chairperson of the Guild said: “In considering this year’s award winners, we identified a fantastic company producing Fairtrade chocolate sustainably in Cork. The Guild was so impressed by their work, their standards of excellence and their contribution to our food industry that we have singled them out for an IFWG Award, one of the highest accolades in the Irish food honours list,” Roberts remembers: “It was a momentous occasion for me, no other phrase suits. I left the day feeling so encouraged and joyful.”

Days after her return to Clonakilty, Allison started hearing about the possibility of social restrictions to limit the spread of COVID-19. “At first I didn’t really think about it, of course I saw the news and how bad it was getting in China and Italy but since numbers in Ireland were still so low, I thought if we locked down for a couple weeks we’d soon be back up and running.” Like many others she could not have predicted, and would not have wanted to know, just how much life was about to change.

“When the lock-down started and all of the retail shops closed their doors it still didn’t hit me; we were still a month away from Easter and I had so much work piling up that I didn’t mind the break!

“I decided to make a series of ‘locked-in chocolate maker’ videos, going through my bean-to-bar process, sharing what I know for anyone out there that was interested. It was something I had always wanted to do and never had time for.”

Two weeks later Allison realised she had drastically underestimated the impact the pandemic would have, and with ‘social distancing’ and ‘cocooning’ quickly becoming part of everyday vernacular she realised this Easter would be unlike any other.

“I always start making my Easter stock in February, to keep on top of everything. I looked at my eggs and bunnies and considered my options. There was one point I was certain I would have to unwrap and melt everything down – I panicked. But then I decided to put a simple message up on Facebook asking for help to spread the word that my Easter goodies were looking for good homes. I offered discounts for multi-purchases and put them all up online in my shop. After a few shares and a few days the post had over two thousand views and the bunnies were hopping out in the mail! I was amazed how quickly it happened and at the overwhelming support.”

Easter was stressful. Working on her own in what is normally her second busiest time of year was something new, but it all worked out in the end. “By the time Easter rolled by, I had sold out. I wrote out so many heartfelt messages during that last week, to grandkids from grandparents that missed them, to parents who couldn’t be visited because they needed to ‘cocoon’, friends and lovers that were apart, and words of thanks to people working on the front line. I was brought to tears more than once. It was very busy, very tense and full of emotion. I was a vehicle of love that week, I’ll never forget it and I’m very thankful.”

In the weeks after Easter, business started to drop off again for Allison. Though the web shop kept ticking along, business was very slow. In recent weeks though, as shops have started reopening, the orders are picking up. “It’s been so great week-by-week to hear from my shops, to hear they are opening and to see that they made it through. We have lost some great shops because of the lock-down, I’m thinking of Etain Hickey Collections here in Clonakilty, and I know as the summer goes on there will be others. I feel for anyone having to make that tough decision at the moment. I would normally be very busy hosting workshops, hen parties and Flavour.ie’s walking food tour; all that has been cancelled this season but, since I work in a workshop at the back of my house, my overheads are low. My business is flexible so I will just tighten my belt for now.

“I am keen to support local businesses as they reopen, to return the support I have received. For me, community is at the heart of all I do and I hope that our community can grow together and in new strength, as we carefully come out of the lock-down. Clonakilty has a lot to offer, and so for the time being and until things pick up again, I’m focusing a lot of my energy on my other passion, bike advocacy.”

Wed Jul 8 , 2020
One of the greatest historical lessons I learnt as a student was from a simple cartoon. The title was: ‘History is a matter of perspective’. In the cartoon, a Native American had returned to shore to his tribal chief. Lingering in the background were the three caravels of the Columbus […] 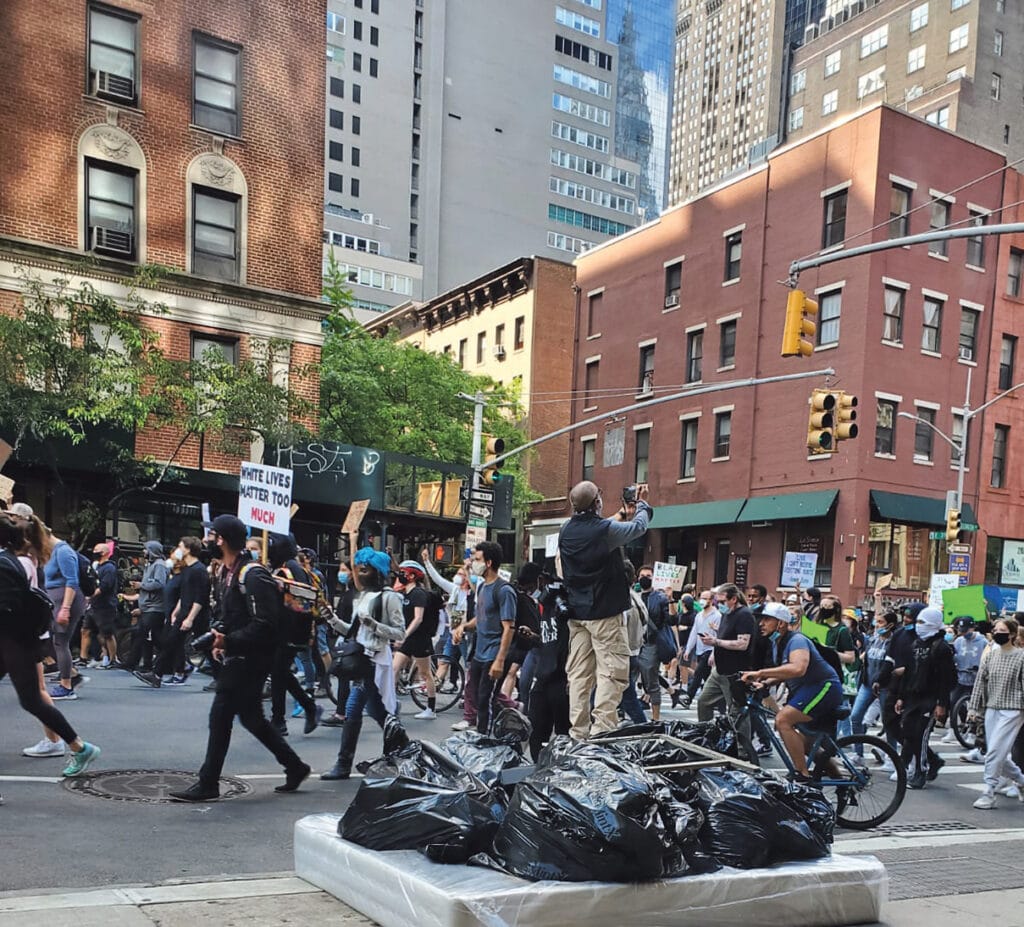