One of the greatest historical lessons I learnt as a student was from a simple cartoon. The title was: ‘History is a matter of perspective’. In the cartoon, a Native American had returned to shore to his tribal chief. Lingering in the background were the three caravels of the Columbus expedition, La Pinta, La Nina and La Santa Maria. There was just a single speech bubble – the Native American matter-of-factly declaring, ‘I have discovered Europeans’. I never forgot the Eureka moment when I released how western-centric my world-view was.

In a world of accusations of fake news, or media streams such as Twitter that reinforces one’s world-view, and news channels that fortify one’s perspective, can we ever be sure of the truth? A friend of mine goes to the trouble of buying a number of Sunday newspapers on either side of the political spectrum and tries to disentangle the many ‘truths’ being peddled to us. One must do the same with history; otherwise it becomes propaganda. The trouble is where do you begin? Where else, but America.

Do you ever pause to reflect on why most Irish people will have a fairly good grip on American politics and society? Whereas we will have only superficial or frivolous information about other power houses like Brazil, China, India or Africa’s most populated country Nigeria? I bet, as you read this article, you could name the last four presidents of America. Can you name the last four of any of the aforementioned countries? Let alone their vice-president? Can we (yes me too) comment on any social legislation or cultural innovation from any of those societies in the last decade? Yet we speak in detail about American laws and culture. How has this happened? It’s called American colonialism.

The Americans have been colonising the world since World War Two, and Ireland, like most of the world, is within its empire. Just like remote working, the Americans figured out a long time ago that you don’t need to actually invade and occupy a country, like the French, British or Nazi empires did. The Americans have been working ‘remotely’ long before this became a popular term during the Covid-pandemic. They have influenced, bought, threatened, bribed and destabilised much of the globe for half a century. Like a grand chess master, they have control over the board, which is all the more troubling given that the King is now Donald Trump. Don’t get me wrong, whether Democrat or Republican, their government’s tentacles have strangled the world. But because of our western perspective they are generally seen, at best, as the great bulwark against so-called malevolent powers like China, Iran, etc or, at worst, the best of a bad lot.

So what makes this article, or any for that matter, free from accusations of propaganda and bias? There’s nothing wrong with having an informed opinion but, like that cartoon moment, we must sometimes travel outside our lifetime cultural influences and question things. So be it, if one returns to their original stance, but at least you will have examined it. Consciously or unconsciously we have been colonised by the American perspective for too long. It began subtly. From ‘Dallas’, (for older viewers like myself) to the ‘Kardashians’, from ‘Hollywood’ to ‘Nickelodeon’ – we are fed the American lifestyle as the goal. Sure, there may be a crassness about it, but in the ‘land of the free and the home of the brave’, you too can grow up to have a mansion and become famous. Our college students get the famous J1 Visa and enjoy four months of working in the USA, being dazzled by the playful beach resorts in Cape Cod; visiting the iconic Disneyland or the Empire State Building; eating pancakes for breakfast and doing the grand tour at the end. The J1 remains one of America’s most influential colonialisation cultural tools in Ireland, one that woos each generation into supporting the United States consciously, or more powerfully, subconsciously. I was one of those and for years all I could think about was getting a Green Card and returning to the greatest place on earth. Cultural, influential American companies like Facebook, with bases in Ireland, have an all-encompassing grip on Ireland and the world. Yet Mark Zukerberg recently declared, “Facebook shouldn’t be the arbiter of truth” in reference to the accuracy of Donald Trump’s statements.

So before I am accused of crossing over into conspiracy theories, let’s look at the hard evidence of history. The USA and its CIA have been involved in regime change all over the world since WW2. From supporting the Contras in Nicaragua in the 1980s, because the USA were opposed to the democratically elected socialist Sandinista Party; to squeezing out the British from Iran and Iraq in the 1950s to control the oil fields; to covert and active support of regime change in 1960 in the Congo, when Patrice Lumumba had the gall to think of socialist policies that would improve life of the common man and woman – if it didn’t suit the great coloniser, it simply flexed its muscles. Vietnam was destroyed for a generation because Ho-Chi Minh wanted peasant proprietorship after decades of exploitation and colonialisation by the French and Japanese [he was inspired by Ireland’s colonial struggle against the British and took to heart Terence McSweeny’s famous line – ‘ that victory will come not to those who inflict the most, but those who can suffer the most’]. Korea has been partitioned since its war ended in 1953, leaving the North in darkness. Saddam Hussein was trained and supported by the Americans, and disposed of when the tyrant they propped up became a naughty boy. Remember the Weapons of Mass Destruction that was used as the pretext to invade Iraq? They never existed. No propaganda – just fact. That’s not to say that there aren’t two sides to all the stories I have referred to, but alas we are only ever fed, or accept, the American or Western version. Yet generation after generation, we see America as the great purveyors of democracy. This is a country where the Republican Party actively finances the disenfranchisement of black voters. This in a country where the current president has it in his gift to sign executive orders to reverse the democratic legislation created by past government. This is in a country that traps voters in a bipartisan political system. This is a country that allows their people to tout semi-automatics, in defiance of elected politicians who locked down society during the pandemic. This is a country where presidents can interfere with the judiciary and appoint liberal or conservative judges in the Supreme Court so constitutional judgments can be influenced in accordance with their political bias. This is a country that because of its Electoral College system, which protects small states, the President does not need to win the popular vote to retain power; he simply needs to continue to appeal to his 40 per cent base and swing another five per cent to keep doing what he does.

It needs a book, not an article, to explore American covert colonialisation and the hypocrisies of their system. Let me end with Iran, once an empire in itself called Persia. All we have been taught is the western perspective – that Iran is a basket case that mistrusts the West and is full of fundamentalists. Perhaps it is, but have you ever considered why? The British kicked it off in 1901 by buying off the corrupt Shah Mozaffar Od-Din to sign a sixty-year lease. This allowed British Petroleum to plunder and sell natural gas, petroleum, asphalt and ozokerite for sixty years for a once-off payment of £20,000 pounds and a small percentage share. When the British Empire crumbled after World War Two, the USA did not invade Iran but merely ‘protected’ them from Soviet influence in the area and simply took up the reigns from the British. Despite the ‘civilising effects’ of British occupation, two-thirds of the population were still illiterate and the country was in desperate need of resources. The Prime Minister of Iran, Mossadegh, who was on the cover of Time Magazine as ‘man of the year 1952’ was deposed after he dared to nationalise the oil wells so Iranians could benefit from the billions of dollars of their sovereign natural resources. The result was a CIA-backed coup in 1953, which included demonstrators paid to rally on the streets, which ultimately led to Mossadehg being replaced by another corrupt Shah, so that Iran would not ‘slip out of western influence’.

Now the greatest empire the world has ever known is facing its ultimate enemy – itself. As the famous cities of America burn to the cry of ‘Black Lives Matter’, history is being revisited.

Generations of protestors from the civil rights marchers of the 50s and 60s through to 2020 have failed to change the racial divide. If you are a conservative Republican supporter, the demonstrators are looters and the police are forced to do what they do to protect society. If you are a liberal Democrat, then the police force is a racist institution that specialises in murdering black people. It’s always been about perspective. It’s time to step out of the bubble – your empire is imploding.

Mon Jul 13 , 2020
Established under Cork County Council’s Project ACT initiative to support communities, businesses and industry as they look to recover from the impact of COVID-19, significant moves have been made to enhance Skibbereen as a safe, vibrant and welcoming town for residents and visitors alike, less than two months since Skibbereen’s […] 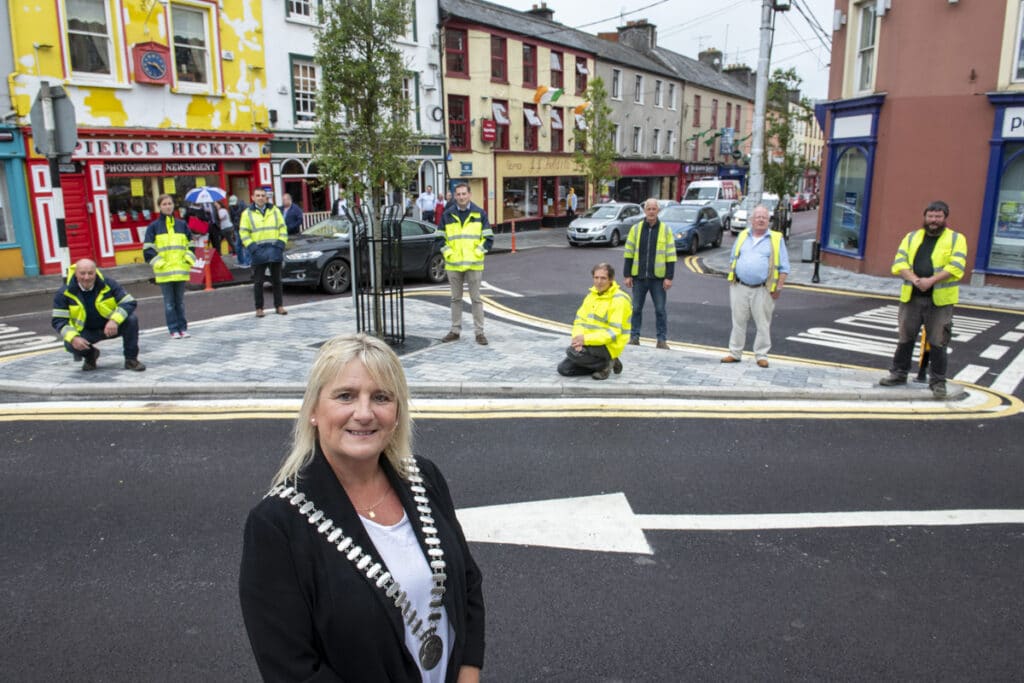