We’ve all experienced moments where we’ve wished we had listened to our ‘inner voice’ or trusted in our ‘gut feeling’. Afterwards we are usually left wondering about the direction life could have taken?

From Einstein to Gandhi to Steve Jobs, the power of the ‘inner voice’ has been endorsed by some of the world’s most influential people. “Don’t let the noise of the others’ opinions drown out your own inner voice,” – Steve Jobs.

American-born, Ballydehob-based clairvoyant Peter Tadd has never looked back since he trusted his own inner voice and, as a result, abandoned a career in construction to follow a more spiritual path that would allow him to use his talents to help others.

The French word ‘clair’ plus ‘voyant’ translates literally as ‘clear’ plus ‘seeing’. It is said that a clairvoyant is someone who can see and experience other dimensions and other times.

Peter explains how he has since helped people all over the world to find understanding and balance in life.

“My work helps people answer questions about any of the life challenges that we all have,” he explains.

Some of these answers ostensibly are found within the energy field known as the aura – a field, which Peter explains, is created by the seven major energy centres or chakras. It is believed that we have major and minor chakras in our energetic body systems and when a chakra is not functioning properly or if it is blocked, illness is more prone to occur.

“I’m able to see and engage with these chakras directly,” says Peter, “where images of the past, from childhood, or even from a former incarnation can appear. Working with that knowledge we find ways to deepen our understanding of life and to create balance in this one.”

Peter recalls how he had a number of experiences as a child but his clairvoyant ability was turbocharged by the practice of transcendental meditation. He began meditating every day twice a day in his early 20s.

“The single most important part of my growth – along with taking courses in Tibetan Buddhist meditation and Chinese qi gong – is daily practice. Meditation opens me up to the inner landscape and qi gong connects me to the outer one.”

Peter’s belief is that our reality is more dreamlike than rock solid. “Dreams are everything,” he says. “What looks like life on the outside is much more fluid and interactive than our left brains and reductionist thinking can imagine.”

As the single breadwinner with a family and a mortgage, letting go of a steady job to pursue a profession as a clairvoyant was a risky move.

“My inner voice asked ‘what do you believe in? You either believe in these spiritual realities or you don’t.’ So I took the plunge,” says Peter.

While it was touch and go financially for the first year, he has never regretted trusting his inner self. “I have the joy and privilege to do what I love,” he says.

Although he’s working remotely as a result of the pandemic, prior to Covid Peter was travelling all over the world, working with clients and teaching throughout the USA, Canada, England, Scotland, Italy, Switzerland, Portugal and Ireland.

Peter and his wife Jennifer first landed in Ballydehob with their three young children in 1994. “It was really my wife’s doing, as Jennifer’s family came from West Cork,” he says. “I thought we were only coming for a year or two.” Peter shares how the house that the family rented on the Goat’s Path was so haunted that they broke the one year lease, which led them in to the village, where they bought a house. “Only later that year did we discover that we were just six miles from Jennifer’s family’s home place in Schull.”

Although they spent a number of years in other parts of the world before settling properly in West Cork, Pater and his family have always been drawn to what he describes as “the vibrant creative hub of open-minded helpful people in West Cork”.

“Initially I found it very challenging because I was not allowed to work in Ireland for seven years forcing me to go back to the USA and to the UK to make a crust. Having lived in different parts of the world I feel this is one of the most beautiful and definitely the most peaceful place I’ve ever lived.”

He also admits to not feeling comfortable in sharing his profession with his neighbours in those early days. “I thought I would be seen as some kind of a weirdo or American know-it-all. My children told all their friends that I was a psychologist, not a clairvoyant. I’m happy to say all of that has changed in the last ten years.”

Some of his greatest ‘successes’ have been releasing the energetic basis of psychosomatic illness. “People’s lives change, their symptoms vanish and that is so fulfilling for me. For a number of years this was the thrust of my work.”

Christmas will be different this year for so many including the Tadd family. “Christmas is a family affair but this year all of the children are away,” shares Peter.

Usually Peter puts up a tree or a branch full of lights or candles and decorations and, in order to cut down on consumerism, they draw lots and simply buy or make presents for one member of the family.

“Each year we have a theme about an international cuisine and we do a lot of cooking and spend time together preparing lavish meals. And we do a series of evenings where we share personal photos and stories of the past year. Not this year!” he says sadly.

But there is light ahead. Peter says that “this is a marvellous time to embrace life more fully than ever by standing up for our individual freedoms and rights and for the earth and her inhabitants.

“Hope for the future lies in the truth and our common love of life. The truth is enshrined in the charters of many institutions but unfortunately is not followed. The more transparency and the more honesty that we can demand of ourselves and of, not just government but also international corporations, the better our future will be.

“Fear is corrosive and contagious.

“Love lives in the heart of each of us. Go there more often.”

If you would like learn how to become more resilient and at the same time discover your innate potentials, go to Peter’s website PeterTadd.com and listen to his podcast series ‘ConsciousnessMatters’.

Tips for a healthy Christmas

Tue Dec 8 , 2020
What a year we have all had! I’m finding it a relief to have something celebratory to plan for, so Christmas couldn’t have come at a better time for me. I’m loving the Christmas lights in Bantry, planning our Christmas Day feast and I’m even looking forward to the Christmas […] 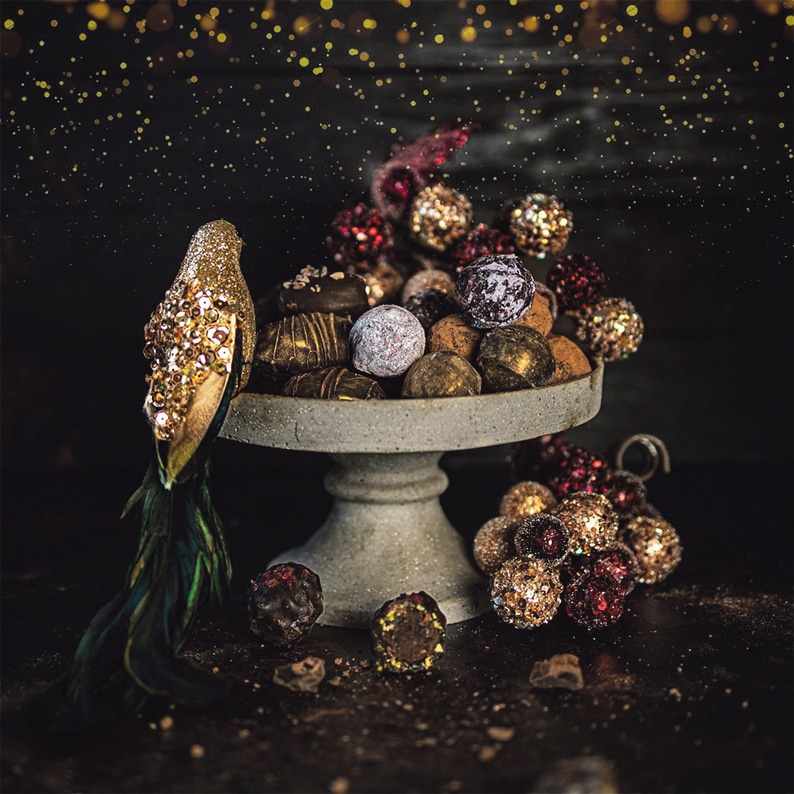