Recent global events have directed our attention to the question of food security, and insecurity –  a matter of great importance in the collective Irish memory. As politicians and farmers’ organisations call for urgent changes in our farming practices, it is worth reflecting on the meaning of food security and the potential challenges now facing the country and the wider world, says Dr Edward Lahiff, a lecturer in international development in University College Cork and Co-Director of the MSc in Food Security Policy and Management.

Traditional views of food insecurity, and famine, have tended to focus on catastrophic environmental failures, affecting entire populations – the problem of food availability, or supply. More recent understandings have highlighted the vulnerability of particular social groups who, for economic or political reasons, are denied the ability to feed themselves – the problem of food access, or effective demand. The Great Irish famine of the mid-nineteenth century was a classic, and tragic, example of the latter, as were the famines in Ukraine in 1932, Bengal in 1943 and Ethiopia in 1983, amongst others.

For most countries today, and most households around the world, food security does not depend on self-sufficiency, but on the ability to acquire food through various forms of exchange. Agri-food is a truly globalised sector, as we know from our export success stories and the diverse origin of the food in our shops.

While Russia and Ukraine today contribute significantly to global supplies of grain, interruption to production and trade caused by the war is unlikely to result in food insecurity for much of the world, especially the higher-income countries. Interruptions in production and supply will certainly translate into higher prices for food, as well as for oil, gas and other commodities, leading to economic uncertainty or even recession, but this doesn’t necessarily equate to a food crisis.  Global availability of food is at an all-time high, and global incomes aren’t far off, meaning that many consumers will simply switch to other food types – say, from wheat to rice, or even potatoes – and divert more of their income from luxury goods to basics.

The experience will be different for low-income groups, especially in the global south, who already spend the majority of their earnings on food, and have little or no access to social protections, and are therefore likely to struggle to meet their food needs. Countries such as Egypt, which rely heavily on Ukrainian wheat for much of their staple food, will be forced to find alternative sources on the global market, meaning higher prices and pushing more people into poverty and hunger.

Ireland, by contrast, is a remarkably food secure country, despite the fact that we don’t produce enough food to meet our needs in most categories. Instead, our strong export-oriented economy and relatively high incomes allow us to purchase what we need on global markets. Only in beef and dairy can we call ourselves self-sufficient, but even this success depends heavily on imported inputs. Increasing our local production of grain at this time will do relatively little to affect global supply, or prices – as grain prices, like oil, are set globally, not locally –  although it might alleviate some local bottlenecks. Those most likely to gain will be farmers who can substitute their own produce for purchased livestock feed, but much of the benefit will be offset by rapidly increasing costs of diesel and fertilizer. Indeed, there seems a real possibility that tillage production – much of it focused on animal feed – may even decline this year.

The interruption in trade in food, fuel, fertilizer and animal feed as a result of Russia’s war in Ukraine presents Ireland not with a food crisis, at least not in the short term, but with an economic – and potentially social – crisis, of unpredictable extent.  It challenges the farming model that prioritizes two commodities for the global market, based on massive imports of agricultural inputs, and is therefore vulnerable to instability in markets and transport networks.

Ireland’s agricultural sector is of particular importance for the thousands of farm households and the wider rural communities that depend on it directly or indirectly, in ways that go beyond food and narrow economics,  and it is important that it receives appropriate forms of support. This does not mean we can’t question the model on which it is based, however, especially if the assumptions underpinning the model no longer apply. Current proposals around an expansion of tillage may be part of the solution in the short term but needs to be seen in the context of the overall viability of the current farming model, now and into the future.

It may be a little tone deaf in the face of a billion people worldwide who go to bed hungry every night, and the people of Ukraine facing a humanitarian crisis in the heart of Europe, to suggest our food security is under threat. It may be more accurate to say that we are facing some serious economic challenges, that will be felt particularly hard in our agri-food sector and, through price inflation, across the wider society. Over time, it will be important to reflect further on our current agricultural model, and what can be done to make it more economically, socially and environmentally sustainable.

Ending food insecurity and malnutrition remains one of the greatest challenges facing our global community as we transform our societies in the face of the climate emergency. This Masters at UCC is one of the few courses worldwide focused on the design and implementation of food and nutrition security policies and programmes within the context of sustainable food systems, humanitarian action and climate change. It equips students with the skills and knowledge to manage and evaluate food security projects and programmes, develop and implement policies and conduct cutting-edge research, and pursue fulfilling careers with a wide range of organisations, including UN agencies, NGOs, government, private sector companies and research institutions around the world. For more info, visit our website at www.cubsucc.com/programmes/pg/food-security-policy-and-management/

Tue Apr 5 , 2022
After a well-deserved winter break, the family at Dunmore House is preparing to open the doors to guests for this season.  Owner Carol Barrett, her son Peter, the General Manager at Dunmore, along with her husband Richard and the extended team have used the break to recharge their batteries, see […] 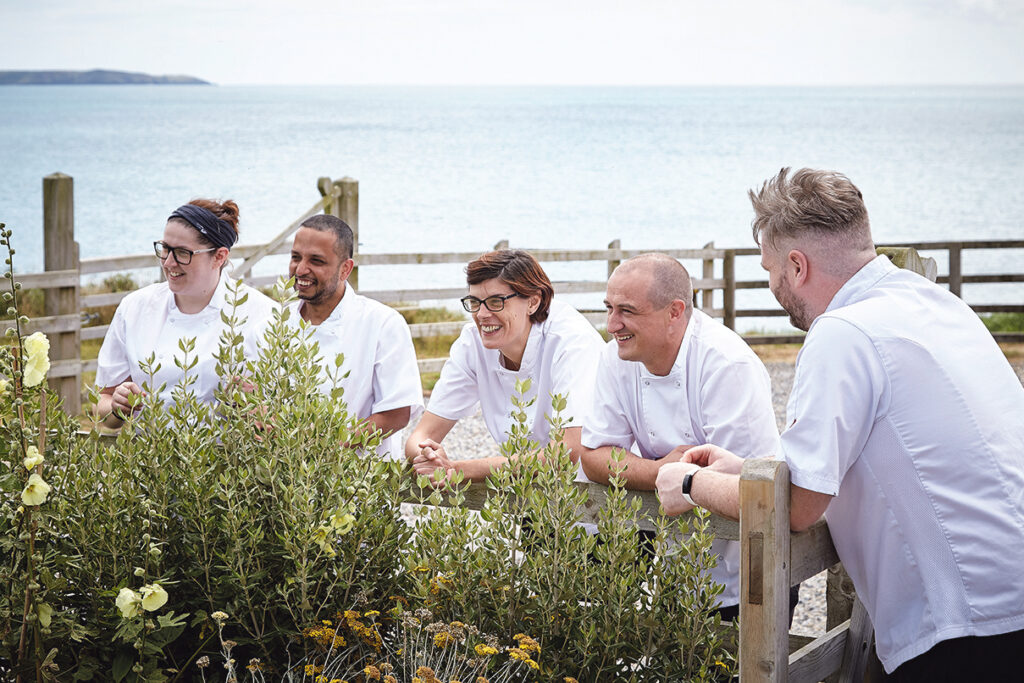