In March Ballinspittle resident Roos Demol shared the Cork Person of the Month Award with Breda Keane Shortt for their efforts in supporting migrants, refugees, asylum seekers and those in direct provision in Cork. The Flemish human rights activist, who has created several integration initiatives within the Irish community, as well as supporting victims of war both in Ireland and abroad, chats to West Cork People about her voluntary work.

Living in Ireland since 1998 and working with asylum seekers and refugees since 2013, Roos Demol can’t remember a time when she hasn’t been very active in her community, from organising concerts for the local schools to organising events to raise funds for breast cancer. Her main passion however lies with human rights and the challenges faced by migrants.

It was after running a radio programme called The New Rebels on the online station Irish Radio International, where she learned about the life experiences of migrants in Ireland, that Roos’ work with migrants, refugees and asylum seekers began.

Around that time she remembers reading an article about direct provision centres written by Nasc in the Irish Times. “My immediate reaction was ‘not again’,” she says referring to the Magdalene Laundries and the institutionalising of people. “I was determined to find ways to help.” When the protest in the Kinsale Road Accommodation centre happened in 2014, Roos decided to bite the bullet and go and support it. “I never looked back after that,” she says.

Since then Roos has become the co-founder of International Community Dynamics, a not-for-profit organisation dedicated to supporting refugees, asylum seekers and migrants, and is the founder of Recruit Refugees Ireland, a recruitment social enterprise assisting refugees and asylum seekers seeking employment. She is also an active member of the Cork City Sanctuary Movement steering committee, whose work is centred on making Cork a place of welcome, support and safety for refugees. More recently, she has been raising funds to buy laptops for residents in direct provision across Ireland as part of the Windows4Opportunity campaign.

In the course of her work, Roos has heard many distressing stories, made all the more upsetting by the lack of awareness surrounding them. “There is a lot of ignorance around the subject of migrants and asylum seekers,” she says. “I have heard so many heart-breaking stories of what some people have suffered, and if you then read some of the comments underneath the articles online, it is very sad. People should get more informed.”

She believes that while most Irish people are happy and willing to help, they are simply impeded by the lack of information available. She explains: “For example, the work permit for asylum seekers has never been properly communicated to employers, which causes a lot of confusion and inhibits job seekers in direct provision centres from finding suitable work. Then there is the strange rule that asylum seekers are not allowed to drive. It is very hard to get anywhere in Ireland without a car and some of these centres are in very remote areas.”

The response to Recruit Refugees Ireland – a recruitment social enterprise that Roos counts as one of the projects she is most proud of – has been phenomenal. “Since we started the employment enterprise, we have had people signing up from all over the country,” she says. “Asylum seekers are not economic migrants, as some want to claim, they want to work and contribute to society. Not to go and celebrate, but very often to send money home to their children and spouses, who are often in hiding and waiting to be brought to safety through family reunification which, unfortunately, can take years.”

Roos set up International Community Dynamics with Norbert Nkengurutse, a Burundian refugee, to offer support to people living in direct provision centres and refugees. The organisation supplies clothes, from a second-hand shop run by Mary O’Donoghue in Bandon, to people living in direct provision. “We have also run workshops to prepare people for life in an Irish home,” says Roos. “You can imagine that people coming from often very warm climates are not used to central heating and even to cooking in the house on a gas cooker; these are all things they need to get familiar with together with fire safety in the home and how to set up an electricity account and so on.”

Citadel, World Music from Kinsale Road is another project run by International Community Dynamics, following on from a campaign to collect guitars for people living in Direct Provision. “I’m very proud of this project. We went all the way to the National Concert Hall in Dublin,” says Roos.

Another initiative Roos is involved with, The Cork City of Sanctuary movement is committed to making Cork a place of welcome, support and safety for refugees, asylum seekers and migrants and persons of migrant origin. “We have supplied great help to people seeking asylum during the lockdown period,” says Roos. “Currently, we are reorganising, but hoping to get back in full action, making sure that Cork becomes a place where everyone can feel at home and be safe.”

Roos is concerned about the rising amount of people with racist views who want to hamper progress in Ireland. “I believe a lot more needs to be done for the less fortunate, like the homeless, those in poverty and the migrants who want to make Ireland their home,” she says passionately. “Having 13,000 charities is a sign of what Ireland is like – a country of very good people and a government who is not taking care of the vulnerable as they should.

“I hope the government’s promise that direct provision will end will come true and I also hope that the whole asylum system will change. People shouldn’t be in direct provision for five years; that is inhumane. Children should not be there at all, as it is a very toxic environment.”

Roos would like to see an equal society where everyone in Ireland can thrive. “My hope is that Recruit Refugees Ireland will contribute to that.

“For me the most important thing in life is love,” she says passionately. “To take care of each other and to stand up for what is wrong and needs to be made right.”

Tue Apr 6 , 2021
Diana Duff’s incredible memoir ‘Leaves from the Fig Tree’ covers the world of Anglo-Irish gentry: life in colonial Kenya, Tanganyika, and life at the height of Apartheid in South Africa. In Ireland, Diana – the granddaughter of the Lord of the Manor at Annes Grove – grew up in a […] 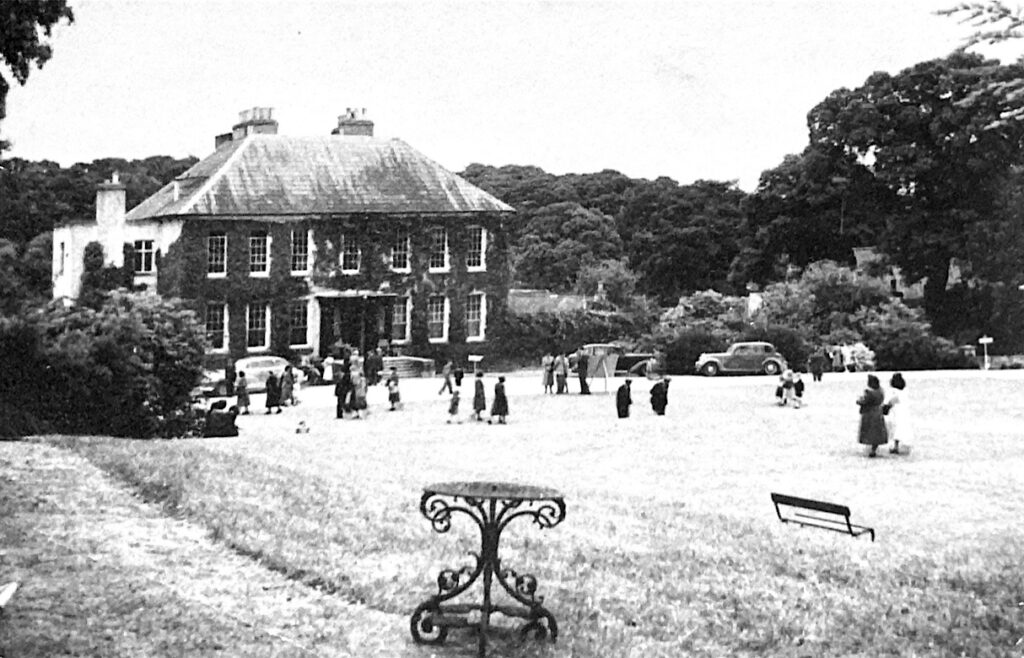